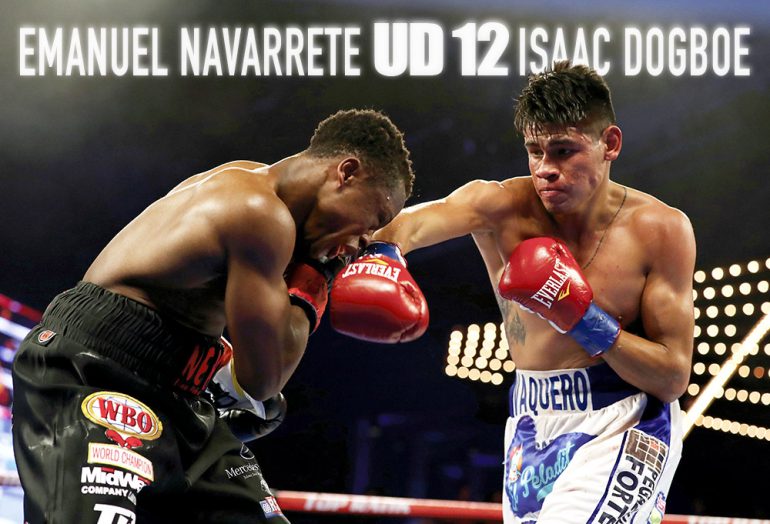 Isaac Dogboe is coming back for his title.

Emanuel Navarrete and Dogboe are closing in on a deal for a rematch of their junior featherweight title fight that took place in December, industry sources told The Ring. The fight would likely land in the second quarter of 2019 and be featured on Top Rank’s programming on ESPN.

When they met last month, Navarrete (26-1, 22 knockouts) utilized his five-inch height advantage to outbox Dogboe in a shocking upset via unanimous decision. The 24-year-old Mexican wasn’t well-known before the win; he’s since ascended to the No. 3 spot in The Ring’s rankings at 122 pounds.

Dogboe (20-1, 14 KOs) was a rising star before he met Navarrete. The charismatic native of Ghana displayed vast power in his last three bouts prior to the loss. He stopped Cesar Juarez in five rounds to earn the title shot, then knocked out Jessie Magdaleno in a breakthrough performance on ESPN to claim the belt.

He defended it with a first-round stoppage of Hidenori Otake in September and earned a long-term contract with Top Rank. The 24-year-old will need to avenge his loss to Navarrete to continue with the plans Top Rank had to develop him into an attraction.