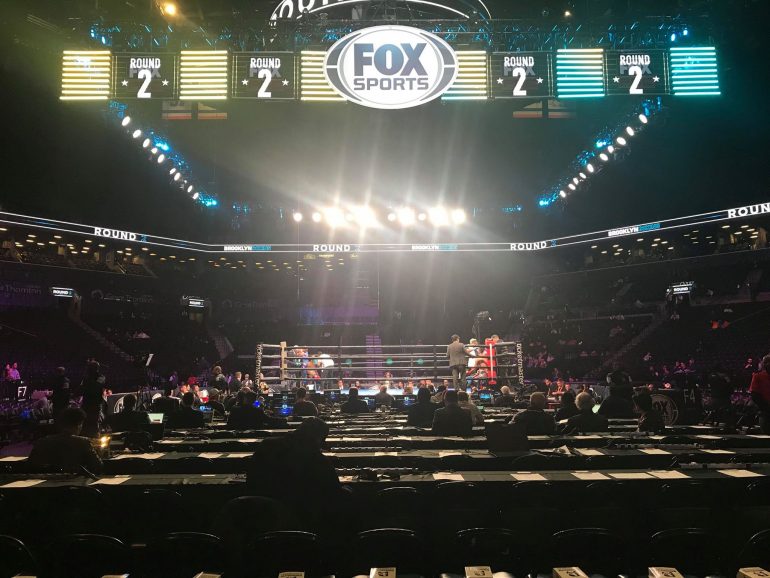 NEW YORK — In a minor upset, journeyman William Deets (7-12, 3 KOs) knocked out cruiserweight prospect Marsellos Wilder (3-1, 2 KOs) in the fourth round on the Keith Thurman-Josesito Lopez undercard at the Barclays Center in Brooklyn. The official time of the stoppage was 2:35.

Wilder, the younger brother of WBC heavyweight champion Deontay, was seemingly in control for the entire bout when his punches started to come in wide and Deets landed a clean three-punch combination sending Wilder down. Wilder attempted to beat the count but was in very unsteady legs and almost fell between the ropes prompting the ringside physician to rush in.

The 34-year-old Deets was hurt several times in the bout the including the third round when he lost his mouthpiece twice on both occasions after eating hard-right hands from Wilder. The 29-year-old Wilder  did his best to get Deets out of there but the durable Nebraska fighter, who has only been stopped three times in his 12 defeats, managed to stay in there and counter back when Wilder would drop his hands.

The younger Wilder was coming off a victory on his older brother’s undercard last month in Los Angeles and already had his next fight date scheduled for February 23 in London on the James DeGale-Chris Eubank, Jr. undercard.