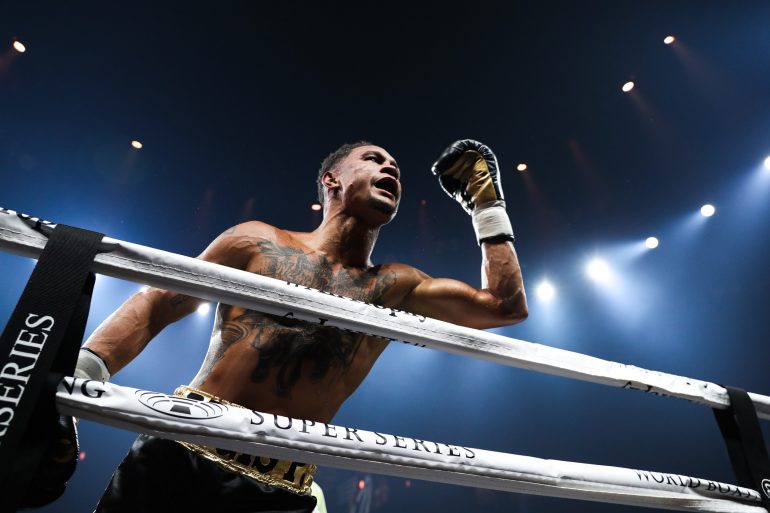 The World Boxing Super Series is moving ahead, just a bit later than originally planned.

The Ring reported last month that the tournament was in danger of falling apart amid infighting between organizers and issues with payments to fighters, promoters and managers.

The fighter contracts stipulated the semifinals of the tournament would take place in February or March, but that won’t happen. Instead, organizers are eyeing April at the earliest for the continuation of the single-elimination tourney, according to multiple sources. The dates are set be announced by the end of the month, per sources.

The second iteration of the World Boxing Super Series began with 24 fighters competing in three bracket comprised of bantamweights, junior welterweights and cruiserweights. The plan, per sources, is for the semifinals to be split up into three different dates in late spring/early summer. One doubleheader for the 118-pounders, another for the 140-pounders and then the 200-pounders will compete on their own date.

The junior welterweight semifinals, featuring Josh Taylor-Ivan Baranchyk and Regis Prograis-Kiryl Relikh is begin targeted for May 11 or May 18 in Glasgow, Scotland, the home country of Taylor, per sources. Organizers are in the process of securing sites and dates for the other two doubleheaders. The bantamweight card will will feature two title fights: Zolani Tete-Nonito Donaire and Naoya Inoue-Emmanuel Rodriguez. The cruiserweight doubleheader will be feature Mairis Briedis-Krzysztof Glowacki and Yunier Dorticos-Andrew Tabiti.

The inaugural edition of the World Boxing Super Series was a success, even if the super middleweight finals were delayed due to a shoulder injury suffered by George Groves ahead of his final against Callum Smith. Exciting fights were produced, and clarity was delivered in both the cruiserweight and super middleweight divisions. Aleksandr Usyk and Smith emerged with Ring championships and their market value increased dramatically.

There was one glaring issue: no U.S. television home. Some of the fights were streamed live on YouTube, but others weren’t available at all. DAZN picked up the rights to the Smith-Groves fight, and then purchased Season 2 of the tourney, which kicked off in October.

The delay of the semifinals isn’t just shelving fighters — it’s prolonging the more marketable names from securing U.S. television deals at a time when boxing is booming. The tournament promised not just major fights, but frequency of activity. Fighters and promoters believed that those boxers who advanced would be fighting approximately every four months. The finals were originally slated to take place in May.

Tournaments of this magnitude are so rare in boxing because they’re extraordinarily difficult to pull off without a hitch. The last major boxing tournament, the Super Six World Boxing Classic that ushered in Andre Ward as a star, was marred by numerous fighter withdrawals. There was no second iteration after its completion in 2011.

In a sport that’s more fractured than ever before, the WBSS is a welcome change. Fighters who are represented by promoters from all over the globe converge to determine who’s the best in a given weight class. The first season featured seven shows on three different continents, a massive logistical undertaking.

It’s no surprise that issues arose. Fortunately for the sport, those problems appear to be put aside for now.