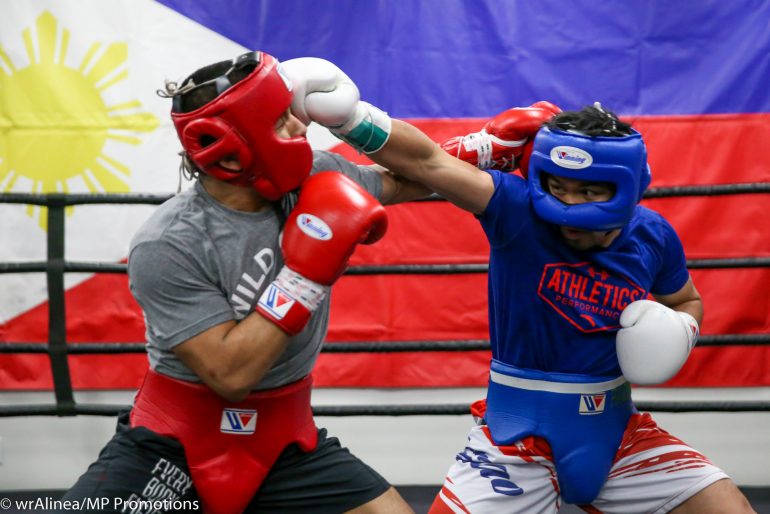 The day started before dawn on Thursday for Manny Pacquiao with a run at Pan Pacific Park and ended with ten rounds of sparring at the Wild Card Gym with three different partners as the eight-division champion continues to battle through jet lag in Los Angeles.

Pacquiao was joined by junior bantamweight contender Aston Palicte at his early morning run before finishing up his training at the Wild Card, trading punches with sparring mainstays George Kambosos and Lydell Rhodes, plus Arnold Gonzalez, a New York-based welterweight who will make his pro debut on the undercard of Pacquiao’s January 19 bout with Adrien Broner at the MGM Grand in Las Vegas.

Here are photos of Pacquiao’s day in training by team photographer Wendell Alinea. 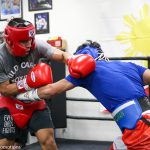 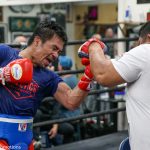 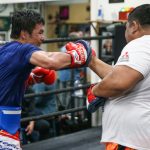 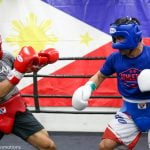 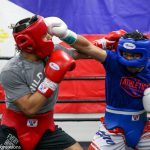 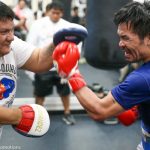 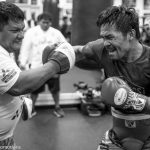 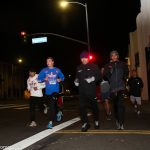 With reports from Ryan Songalia