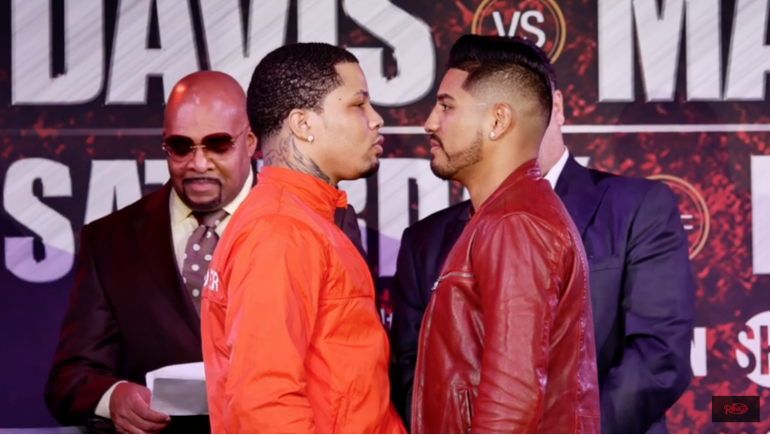 Gervonta Davis and Abner Mares met face-to-face Thursday in Los Angeles to announce their fight, which takes place February 9 at the Stubhub Center in Carson, Calif.

After a slow 2018 which saw him fight just once, a third round stoppage of Jesus Cuellar in April, Davis says he’ll fight three times in 2019, beginning with Mares.

“I believe that Abner, he’s a future Hall of Famer if you ask me. He fought many top guys on the top level. This is my first time being main event in the US so it’s pretty big for me,” said Davis (20-0, 19 knockouts), who holds the WBA junior lightweight title.

Mares, who is nine years older at 33, is coming off a second loss to Leo Santa Cruz.

“I’m taking this fight because of the challenge it brings to me, and I’m all about that. People might say ‘he’s coming off a loss’; I’m coming off great fight against Leo Santa Cruz, a close fight. When you fight like that, the people win,” said Mares (31-3-1, 15 KOs).

The fight will be shown live on Showtime.