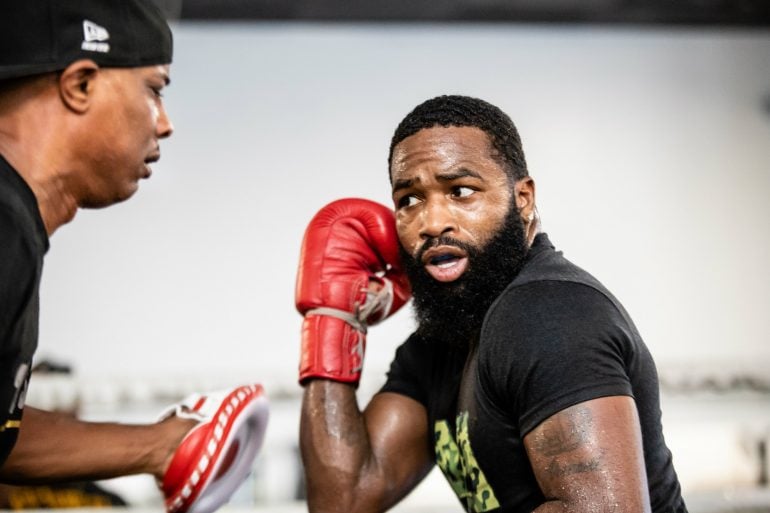 Adrien Broner was arrested on December 23 and released the same day. Photo by Robby Illanes/SHOWTIME
26
Dec
by Ryan Songalia

Adrien Broner’s training camp for his upcoming fight against Manny Pacquiao hit an unexpected speed bump when he was arrested over the Christmas weekend.

Broner was arrested by the Broward County Sheriff’s Department at 11:30 AM on Sunday, December 23, according to the short arrest form obtained by The Ring.

TMZ says the arrest stems from a failure to appear in court earlier this month when he was arrested for driving without a license or proof of insurance and speeding in 2017. The short arrest form lists only “No Valid Drivers License” with bond set at $750. The Sheriff’s Office confirms he was released the same day.

Broner (33-3-1, 24 knockouts) has been training with Kevin Cunningham at the 5th Street Gym in Miami Beach, Fla., for his January 19 fight against Pacquiao at the MGM Grand in Las Vegas, with the fight to be shown live on Showtime pay-per-view.

The 29-year-old from Cincinnati, Ohio has won titles from 130 pounds to 147, but has struggled in recent fights, including a decision loss to Mikey Garcia in July of 2017 and a majority draw against Jessie Vargas in April.

Pacquiao (60-7-2, 39 KOs) relocated his training from the Philippines to the Wild Card Gym in Hollywood, Calif., this week.