Rances Barthelemy bounces back with TKO on Charlo Bros. undercard 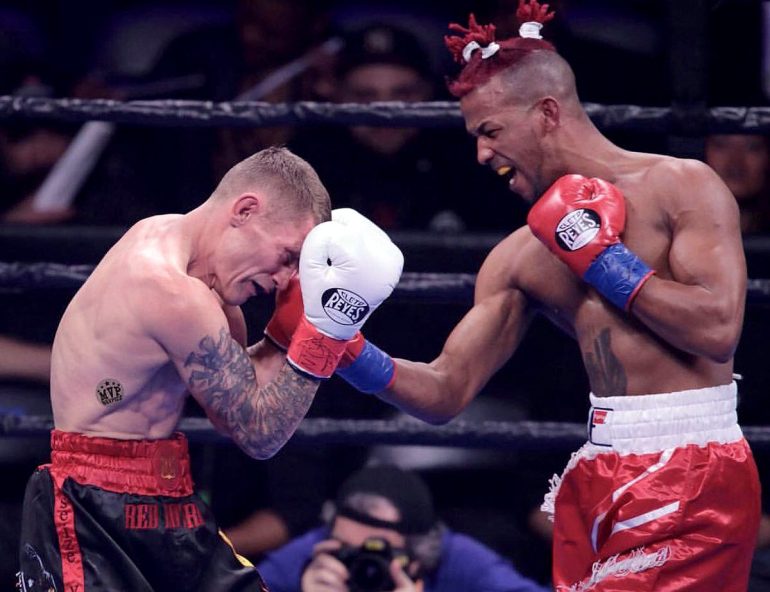 Former two-division world champion Rances Barthelemy (27-1, 14 KOs) got back in the win column with a third-round TKO victory over Robert Frankel (36-20-1, 8 KOs) on the Jermall Charlo-Matt Korobov/Jermell Charlo-Tony Harrison undercard at Barclays Center in Brooklyn, New York. The official time of the stoppage was 2:38.

The 32-year-old Cuban landed a wide, looping left hand that connected cleanly on Frankel, sending him back into the ropes. As Frankel tried to cover up and recoverm Barthelemy seized on the opportunity to swarm the Albuquerque native and threw a series of uncontested punches, hurting the defenseless Frankel until referee David Fields jumped in and called an end to the bout.

Barthelemy used his footwork to drive punches from angles Frankel couldn’t see in the first round, even allowing Frankel to land a few shots so he could get to his body. In the second round, Barthelemy was the aggressor, stalking Frankel and landing his left hand at will. Frankel was brave enough to trade with Barthelemy, but the former 130- and 135-pound titleholder was levels above. 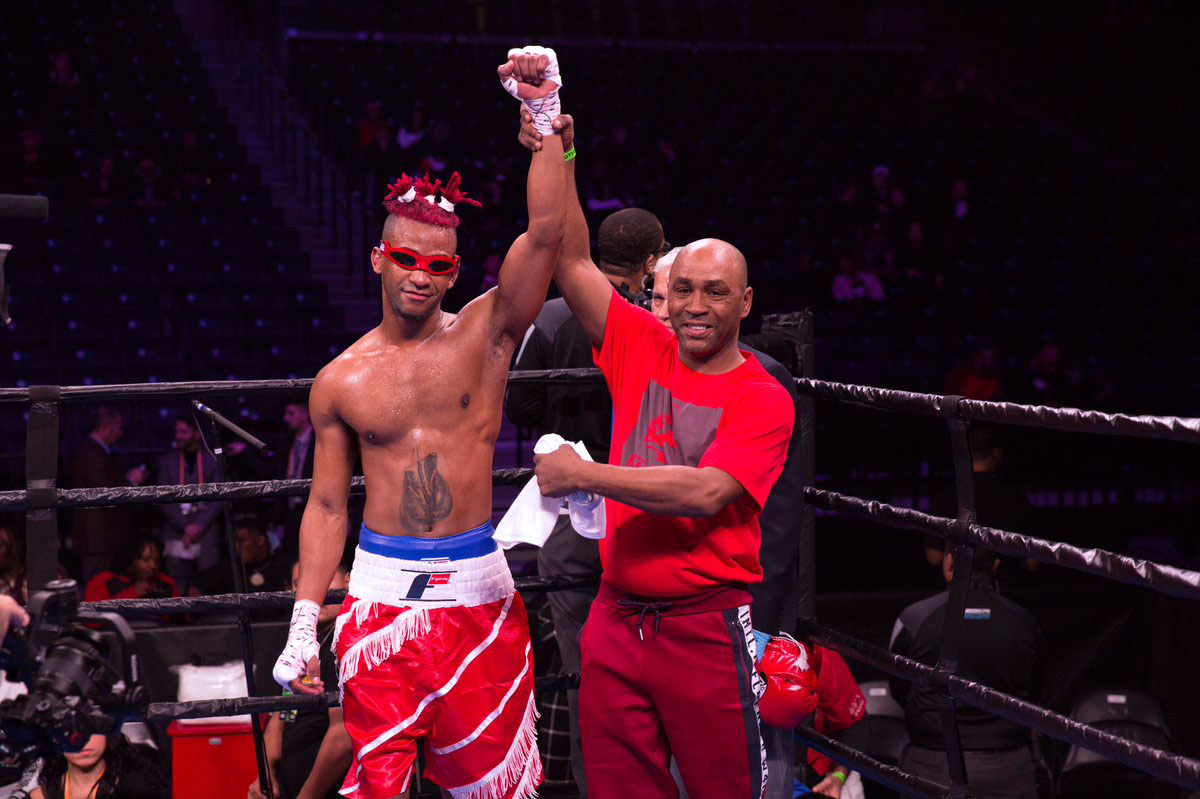 This was Barthelemy’s first bout since suffering a unanimous decision loss to Kiryl Relikh earlier this year in San Antonio. That bout was a rematch from their controversial first bout, when Barthelemy won a close unanimous decision. Following the loss, Barthelemy replaced trainer Ismael Salas with former two-time world champion and fellow Cuban Joel Casamayor.

Quarles outworked Manuel with stinging uppercuts, which he set up by pounding Manuel’s body. The 32-year-old Quarles almost dropped Manuel in the second round when a body shot had him slumped on the ropes. Quarles was unable to muster a combination that would have done the trick, which permitted Manuel to land a left hook of his own to stop Quarles’ momentum.

Quarles had another big round in the fourth, hurting Manuel with a body shot followed up with a left hook to Manuel’s head. Quarles’ punches began to lose steam in the middle rounds, allowing Manuel an opportunity to score points of his own, but by the seventh round, Manuel was content to just hang around long enough to see the final bell. Quarles has now won three fights in a row since suffering a split decision loss to Tyrone Brunson last year.

In other middleweight action, Mark Duncan (2-0, 2 KOs) knocked out Ray Cevera (0-4) in the first round of a scheduled four-rounder with a bruising body shot. The official time of the stoppage was 1:52.

Duncan came out of the corner firing body shots at Cevera, even landing one on the belt line which the referee ruled low. Cevera keeled over and needed several seconds of rest to recover. Not much changed when the action resumed as Duncan continued punishing Cevera’s body until one left hook crippled the Fresno native and dropped him. Cevera did not make an attempt to get back up. For the 31-year-old Duncan, he is coming off a second-round TKO win over Jonell Christmas in his hometown of Maryland.

Nigerian cruiserweight prospect Efetobor Apochi (6-0, 6 KOs) opened the evening at Barclays Center with another first-round knockout of Eric Abraham (5-4, 2 KOs). The official time of knockout was 2:20.

Apochi broke Abraham down quickly, inserting his jab to force Abraham to fight off the back foot right into the ropes. Apochi landed a massive overhand right that dazed Abraham and rendered him completely exposed and defenseless for another right hand, which floored him. No count was needed as the ringside physician quickly hustled in to check on Abraham, who needed help to get on the stool.

This wasn’t Apochi’s quickest knockout of his career, as he is coming off a first-round stoppage of Aaron Chavers last August; the former captain of the Nigerian boxing team only needed 18 seconds to dismantle Chavers. Apochi now lives and trains in Houston alongside fellow Nigerian Efe Ajagba, both of them under trainer Ronnie Shields.