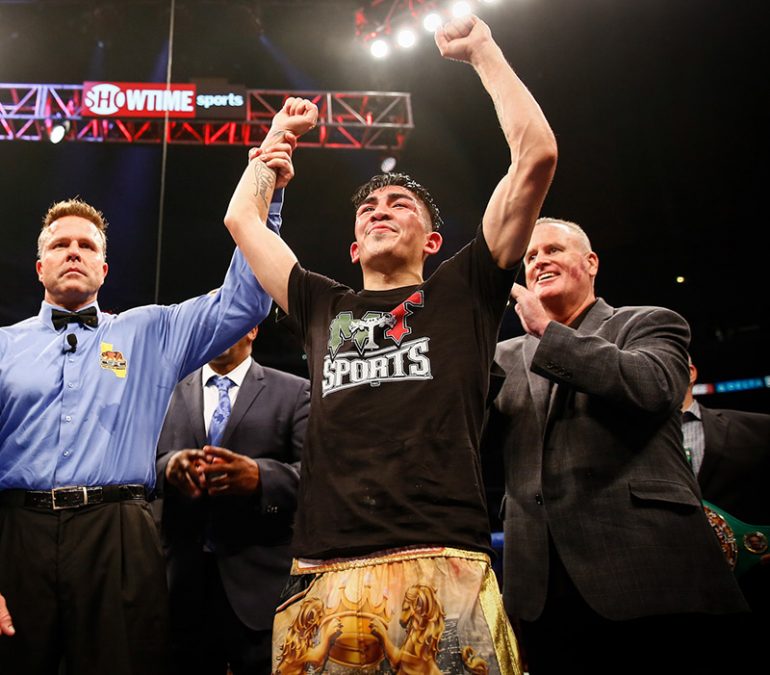 The featherweight clash between Leo Santa Cruz and Miguel Flores on February 16 finally has a venue.

Santa Cruz will defend his WBA featherweight title belt against Flores at the Microsoft Theater at L.A. Live in his hometown of Los Angeles, it was announced Thursday afternoon.

The PBC card was originally scheduled to take place at the Stubhub Center in nearby Carson. The Stubhub Center, which will go by Dignity Health Sports Park beginning January 1, will be the site of Gervonta Davis’ defense of his WBA junior lightweight title against Abner Mares on February 9.

Flores (23-2, 11 KOs), who resides in Houston, stopped veteran Raul Chirino in round two of his last bout on April 28 in El Paso. The win snapped consecutive losses to Dat Nguyen and Chris Avalos.

Tickets for the Santa Cruz-Flores card will go on sale this Saturday.

Francisco A. Salazar has written for RingTV since October of 2013 and has covered boxing in Southern California and abroad since 2000. Francisco also covers boxing for the Ventura County (Calif.) Star newspaper, Boxingscene.com, and FightNights.com. He can be reached by email at [email protected] or on Twitter at @FSalazarBoxing.