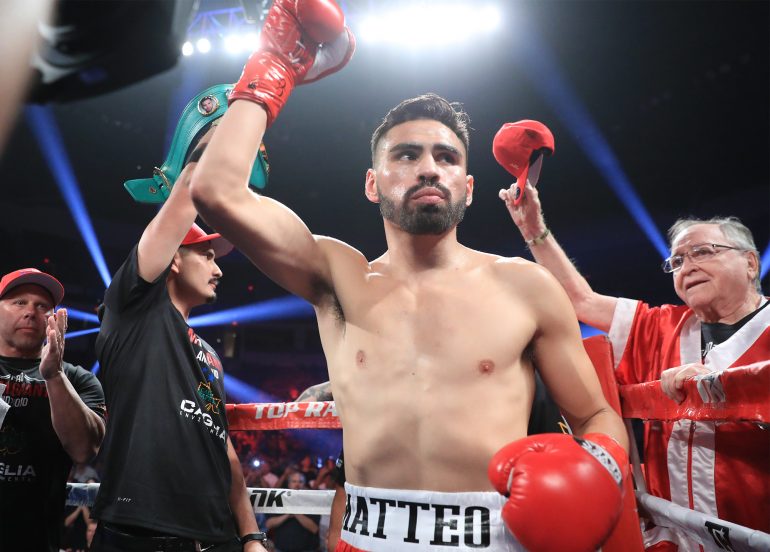 Jose Ramirez will defend his WBC junior welterweight title against Jose Zepeda on Sunday, February 10, it was announced Friday afternoon.

The 12 round bout will take place at the Save Mart Center in Fresno, not far from Ramirez’s hometown of Avenal.

Ramirez (23-0, 16 knockouts) has become very popular throughout California’s Central Valley, particularly in Fresno, where he’s fought three of his last five bouts at the Save Mart Center.

In his last bout on September 14, Ramirez made a successful defense of his WBC title with a 12-round unanimous decision over Antonio Orozco. The fight was fought before an announced crowd of 11,102.

“Jose Ramirez is a great young champion and an even better person,” said Top Rank chairman Bob Arum in a release. “The fans in the Central Valley have supported Jose since day one, and I expect another fantastic crowd at the Save Mart Center.”

Ramirez has used his celebrity for worthy causes in the area, including traveling to Sacramento on behalf of farm workers to release water from reservoirs to irrigate crops and keep workers employed. Ramirez grew up in and around the nearby farming town of Avenal, where he worked alongside his father in the agricultural fields.

The fight card on Feb. 10 will be no different as proceeds from ticket sales and fight-worn trunks, gloves, and shows will benefit the Community Cancer Institute in Clovis, a suburb of Fresno.

“I feel blessed to defend my title a second time at home against a great opponent and also support an issue that affects everyone and their families,” said Ramirez, who recently donated backpacks with school supplies to area schools.

Zepeda (30-1 1 NC, 25 KOs), who resides in the Los Angeles suburb of La Puente, stopped Dominic Rondon in his last bout on October 20.

The 29-year-old Zepeda has won his last seven fights since a second round knockout loss to Terry Flanagan in July of 2015.

“I’ve been waiting for this opportunity since my first world title shot against Terry Flanagan,” said Zepeda, who is ranked No. 4 by the WBO. “I’m going to train very hard, better than ever before. I’m not going to waste (this opportunity).”

Francisco A. Salazar has written for RingTV since October of 2013 and has covered boxing in Southern California and abroad since 2000. Francisco also covers boxing for the Ventura County (Calif.) Star newspaper, Boxingscene.com, and FightNights.com. He can be reached by email at [email protected] or on Twitter at @FSalazarBoxing.