Gervonta Davis to defend 130-pound title against Abner Mares on Feb. 9 on Showtime 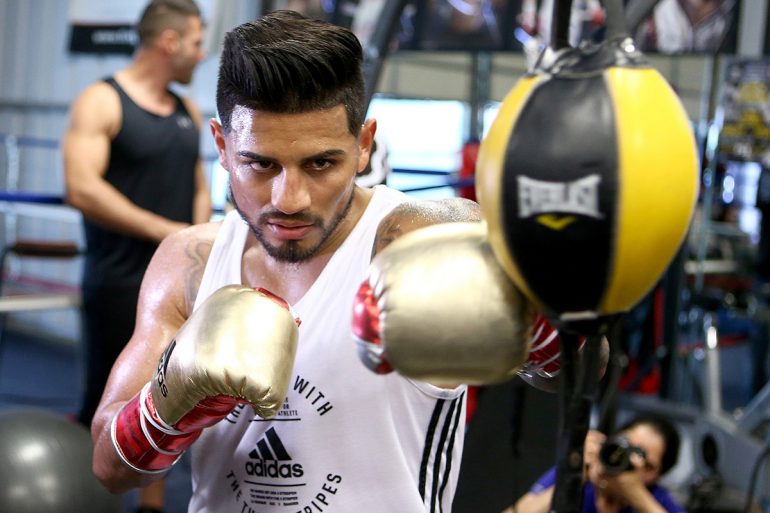 The 130-pound title tilt, set to headline a Showtime Championship Boxing card, will be staged at StubHub Center in Carson, California. The outdoor venue was the site of Mares’ worst-career performance: a shocking first-round stoppage loss to Jhonny Gonzalez in 2013. Mares also competed at StubHub Center last year when he claimed a victory over Andres Gutierrez.

Mares (31-3-1, 15 knockouts) was defeated by Leo Santa Cruz for a second time this summer in another close featherweight fight. Now, rather than look for a rebound bout, the 33-year-old will debut at 130 pounds against the division’s top fighter.

“I wanted this fight and I want this challenge against Gervonta Davis,” said Mares. “I’m preparing well and I will add my fifth world title in my fourth weight class on February 9 on Showtime.”

The other two Mexicans to capture titles in four divisions: Juan Manuel Marquez and Erik Morales. Jorge Arce also accomplished the feat, but with an asterisk: he won the interim title at 108 pounds in 2001 and was later elevated.

For the first time in his career, Mares will be a decided underdog. Davis is just 24 years old, and he’s already displayed his immense power against world-class opposition. He’ll be the far bigger, fresher man, but Davis has been plagued by inactivity.

The Baltimore native scored a third-round stoppage of Jesus Cuellar in April before he later ballooned in weight. He also was arrested for an altercation outside a D.C. nightclub over the summer.

Out-of-the-ring issues aside, Tank’s talent is apparent. His career-best victory was a knockout of Jose Pedraza in January 2017. Mares presents a sterner challenge.

“I’m very excited to be showcased in my first main event in the United States on February 9,” said Davis (20-0, 19 KOs). “I want to make a statement in this fight by putting on a tremendous performance against an experienced world champion like Abner Mares.

“I plan on showing everyone why I belong in pound-for-pound discussions and why I’m the most exciting champion in boxing today.”