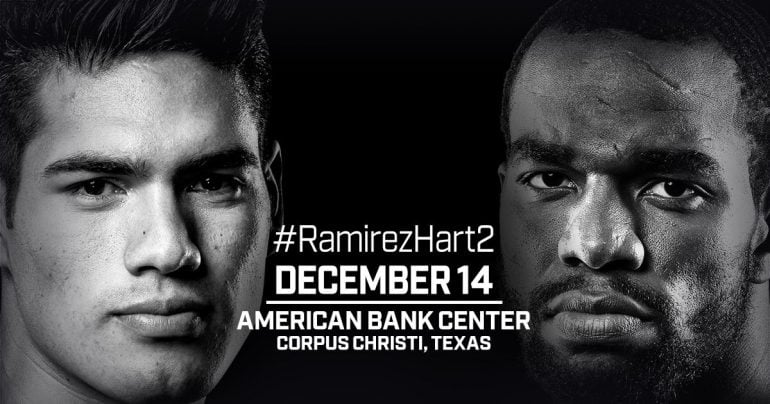 Ramirez, who is rated No. 1 by The Ring Magazine at 168-pounds, got off to a good start before injury struck midway through the fight and he had to hold off a spirited late charge from the Philadelphia fighter to win on the scorecards, 115-113 (twice) and 114-114.

“It was a good fight,” Ramirez (39-0, 25 knockouts) told The Ring through trainer Hector Zapari. “I got injured in the eighth round. It was in a clinch. (Hart) bent my arm; my elbow was really hurt. I couldn’t raise my hand and throw; that’s why I slowed down a bit. I couldn’t throw my left hand because the elbow was injured.”

Entering the final round the fight looked up for grabs but props to the Mexican, who dug deep and fought hard, hurting Hart (25-2, 21 KOs) and nearly getting the stoppage victory.

“I knew I needed to win the last round. It was the championship round,” he explained. “I knew I could win it even with one hand. The rounds I slowed down in and was doing defense was because my elbow was really hurt. 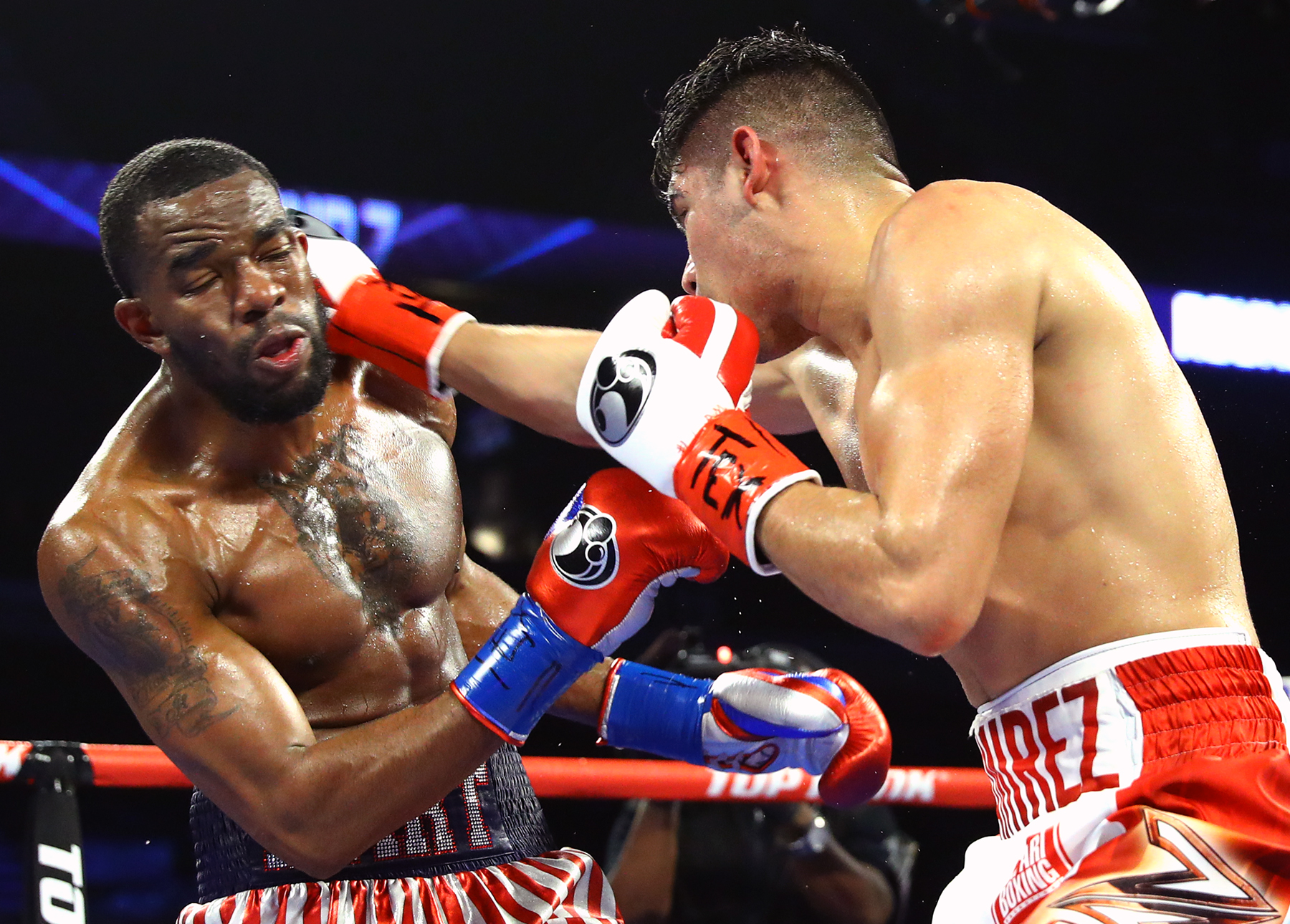 “I was saving it for the last round, I couldn’t finish him with one hand. He never rocked me; I got tired. Jesse Hart never put me in bad condition. I’m happy because it was a good fight for all the fans. I demonstrated that I’m beyond Hart and that I’m the best (in my division).”

Zapari, who has worked with Ramirez for nearly 10 years was pleased with his fighter’s performance though clearly annoyed with his opponent’s tactics, which he felt were pivotal in causing the injury.

“‘Zurdo’ was doing good; he really wanted to knock out Hart,” said Zapari. “Jesse started to play dirty; he started holding too much. He didn’t really want to fight; he felt the punches in the body. His legs started to get tired. Zurdo got injured in the eighth round in a clinch.”

Ramirez and his team are in Los Angeles this week, where they will visit a specialist to learn the full extent of the elbow injury.

The injury will determine how long the 27-year-old southpaw is sidelined for. The fighter and trainer are keen for a big fight in the New Year and would migrate to a new division if it helped them procure the opportunity.

“The biggest problem Zurdo has at present is motivation,” explained the trainer. “We respect Jesse Hart and his ability but Zurdo is beyond opponents such as Hart. If we cannot find unification bouts or big fights at 168 in the immediate future, we may be forced to move to 175 to try to achieve a bigger purpose.

“One of the biggest problems champions possess is complacency and the last thing we would want is Zurdo to become to comfortable or complacent due to motivational issues waiting for the next ‘big’ fight.”

“I want to look for another title at 175-pounds,” said the big Mexican. “I want to be a pound-for-pound fighter; it’s my next goal, I would love to fight (WBC light heavyweight titlist Oleksandr) Gvozdyk in the immediate future. It’s a fight that can be made it easy. We are with the same promoter, so there shouldn’t be a problem.

“I want to fight (The Ring Magazine/WBA super middleweight champion) Callum Smith in a unification because I believe we are the best in the division and I want to prove I’m the real champion but I don’t want to wait too much. I’m a champion; I want the good fights.