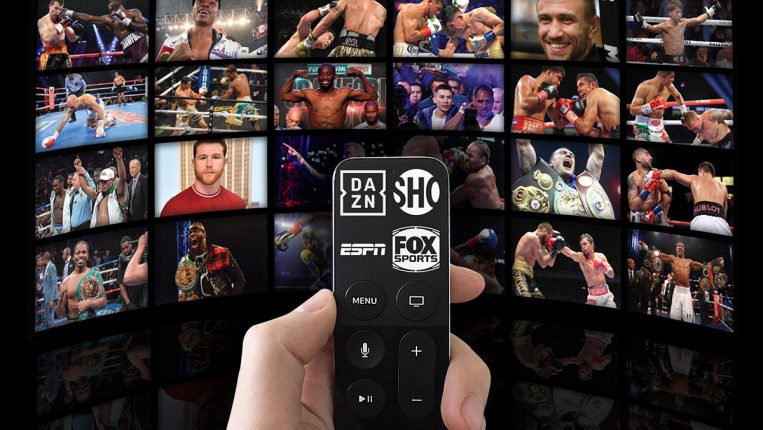 This is a continuing series of articles that looks at how the boxing world is adapting to the next technological age of broadcasting. Evan Rutkowski is a former HBO Sports marketing executive and host of the Fistianados Podcast, which looks at the business side of boxing. Click here to read the previous articles of the series.

“History doesn’t repeat itself, but it often rhymes”

Mark Twain is credited with saying this, and he probably wouldn’t have guessed that it could be applied to the televised boxing in 2018. One might read this quote, look at all of the new entities in boxing, and think to themselves, “I know where you’re going with this. There have been LOTS of companies that come into boxing with high hopes, and they end up embarrassed and broke.” That is true, and it’s easy to look at DAZN as some streaming company that’s going to come into the sport, outrageously pay some fighters, put on fights that no one will watch, and eventually leave. But what does streaming really mean? There is a good chance that core boxing fans, no matter how set in their ways they are, will soon find themselves streaming sports the same way they found themselves paying for cable subscriptions 30+ years ago. That’s not even the historical rhyme that the above quote is referring to—this trend towards streaming has affected traditional television already in huge ways in terms of how content is made and consumed. Live sporting events have been what has kept network and cable TV relevant, and as this shift starts to affect sports, it will rhyme much more closely than the changes from decades ago. 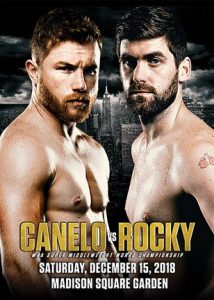 As DAZN makes its first foray into big stage boxing in the U.S. and streams Canelo Alvarez’s fight against Rocky Fielding on Saturday from Madison Square Garden in New York, let’s take a look at what streaming services really are. DAZN, ESPN+, and even Showtime and Fox are actually all part of the streaming universe, and Showtime has been for years. This might surprise the grizzled boxing fans who are having to learn new ways of watching fights now that HBO is no long part of their world. Streaming any kind of content really just means you’re using an internet connection to watch it rather than a cable cord or satellite dish. It’s actually not that different from how you’ve been consuming boxing in the past and probably will end up making your life a lot easier.

In fact, this phenomenon probably should have hit boxing fans several years ago had other broadcasting entities better assessed the marketplace. If you like scripted content, i.e. comedies or dramas, you might already subscribe to a streaming service like Netflix even if you still have cable. In fact, earlier this year AdWeek reported that per a study from Hub Entertainment Research, 2017 was the first year in which over half of all TV viewers watched their favorite shows online via services like Netflix, Hulu, Amazon, or any app for a particular network. Variety reported on another survey run by Cowen & Co. which found that Netflix was the platform that viewers of any age used most often to watch video content on TV, topping both basic cable and broadcast tv. These underscore the notion of how far live sports programming is behind the curve when compared to traditional TV. The shocking part about all this might be that a sports streaming service is only becoming relevant in 2018 instead of years ago. Some of that is due to long term contracts associated with live sports rights, but intelligent dealmakers at CAA and WME are starting to split up rights into digital and broadcast packages in their deals for the WWE and UFC respectively, and even leagues like the NFL and MLB are coming up with creative solutions to incorporate streaming services into their deals for Thursday Night Football on Amazon and MLB’s nightly “Red Zone” package on DAZN.

Listeners of the Fistianados podcast and readers of previous columns here shouldn’t be surprised to hear this. As other sports rights have gotten prohibitively expensive and boxing’s costs stayed relatively the same and its demos improved, more broadcasters have looked at boxing. Throw in the notion that you don’t have to wait for any major league rights’ deals to expire since you can televise boxing fight by fight, and it’s an easy sport to jump right into. Core boxing fans might be surprised though, to find out that the first truly high-level U.S. boxing that appeared on a streaming service was not on ESPN+ or DAZN but rather on Showtime. Despite HBO being the first terrestrial television network to come up with an app that allows you to stream any kind of programming, first with HBO GO and later with HBO NOW, that service never actually televised live boxing. Showtime’s streaming service made it a priority to stream live boxing right away, and you could do so on your computer or on an app.

What many consumers didn’t understand as new boxing streaming options like DAZN or ESPN+ arrived, is that streaming doesn’t mean that you have to watch on a computer or a phone. Netflix has said publicly that 70% of their streaming happens on regular TV, not through tablets, phones, or computers. The only differentiation for streaming services is whether or not they are keeping one foot in the old distribution system or not. Showtime has hedged its bets by offering the same service as an add on to your cable bill or by charging a similar monthly fee to be a stand-alone service, i.e. one that you can put an app on your TV. ESPN offers two unique services, it’s cable network available through either traditional cable or satellite distributors or now also through streaming services like YouTube TV or Hulu, as well as ESPN+ which is only available through streaming and offers unique, different programming from what linear ESPN offers. DAZN, like Netflix, is only available through streaming services. 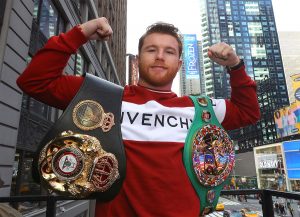 So how did DAZN end up with Canelo, boxing’s biggest star? Is this just another version of what happened with pay cable television, where star fighters aren’t seen by enough people, and streaming services aren’t doing enough to expand viewership? While that may be the case right now, it will likely change. Some Millennials still subscribe to cable or are at least familiar with it, but Generation Y will likely never pay a cable bill in their entire lives. Generation Z may only refer to cable as something of an ancient relic similar to 8 tracks or Betamax tapes. Those generations also profile demographically as stronger candidates to watch a sport like boxing than previous ones. To that end, it really matters to be one of the first sports onto a streaming service. That’s why it’s so important for fans of boxing to embrace being on services like DAZN or ESPN+. Given the environment for traditional TV viewing described above, the trends point in only one direction.

But back to Canelo, how did DAZN decide to go after him especially after he had already announced a fight with Rocky Fielding? It isn’t exactly the way to plant your flag and jump right after making a deal worth north of $350 million. We’ll take a closer look at how DAZN expects to use him to build their business model and subscriber base in part 2 of this look at what the streaming services and their business strategies mean for boxing.