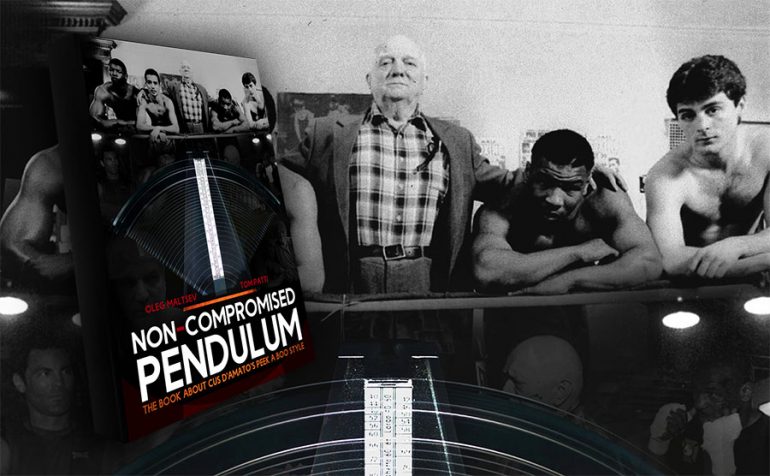 Legendary manager/trainer Cus D’Amato has long been considered one of boxing’s most complex and polarizing characters. His supporters would describe him as passionate, principled and philosophical while his detractors would see him as suspicious, secretive and stubborn, among other labels. Thing is, both sides have roots in truth.

What is beyond dispute is that D’Amato was the architect behind three Hall of Fame boxers (Floyd Patterson, Jose Torres and Mike Tyson) and the man who mentored a trainer in Teddy Atlas who may well join them all in Canastota (he was nominated for the first time this year). The quartet was immersed in a revolutionary program created by D’Amato that melded meticulously detailed boxing techniques with a vigorous psychological regimen that forced his students to confront, explain, and, hopefully, control and conquer their deepest fears.

While D’Amato’s life story has been chronicled in multiple forums (the most notable of which were the giant books Confusing the Enemy by Dr. Scott Weiss and Paige Stover as well as Mike Tyson’s Iron Ambition), the details of D’Amato’s system, for the most part, had been revealed in bits and pieces. Thanks to the efforts of Ukrainian psychologist/martial arts teacher Dr. Oleg Maltsev and D’Amato mentee Tom Patti, the gaps are starting to be filled thanks to a book whose title is as enigmatic as its subject: Non-compromised Pendulum. 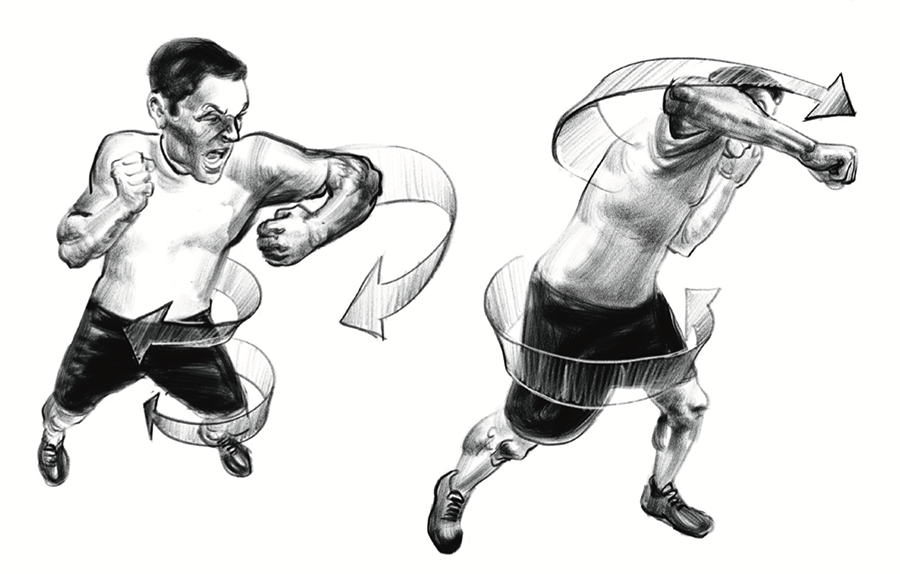 According to journalist and filmmaker Mary Saparkina (who serves as project coordinator and helped with the scientific research), Dr. Maltsev and Patti met in New York City in the autumn of 2017. The pair hit it off immediately, and from those conversations the book — which Dr. Maltsev said was written in just a month’s time — was born.

“Tom was very fascinated by the fact that Dr. Maltsev knew so many things about Cus and his style which are not available to the general public, things that were known only to fighters that lived in the house of Cus,” Saparkina said via e-mail. “There were several conversations with Patti, Dr. Weiss and Dr. Maltsev about D’Amato’s philosophy and psychology, and Patti demonstrated, in detail, the style of Cus in local gyms. During these demonstrations, Dr. Maltsev explained to Tom that models and technical elements of Cus’ style are the same as in the Neapolitan style of Spanish fencing. It was a surprise for Patti; he never knew that there was a relation between boxing and fencing.”

Their book is the first of a series that promises to reveal all about the D’Amato system from every angle: Its origins, its execution (both physically and psychologically), how it affected its adherents and how readers may apply it to achieve success in life.

“Cus D’Amato’s system is more of a lifestyle,” Dr. Maltsev writes on Page 58. “If you turn this system into a way of life, you won’t have obstacles you cannot surpass on your way to success. You will achieve anything you desire. Even today there are bright examples of it, like Tom Patti, numerous students of Cus and Tom’s father; they have achieved success in different areas of life more than others. Provided you have a clear understanding of what you want to achieve in life, the reason to make a step forward — the system which is being outlined in the book will bring you to places you dream of. If that is not the case — you will have to search for another system, but as you see, this system gives a guaranteed result. Other systems do not give such a guarantee. Thus, it is all about a personal choice: a determined result or a lottery.” 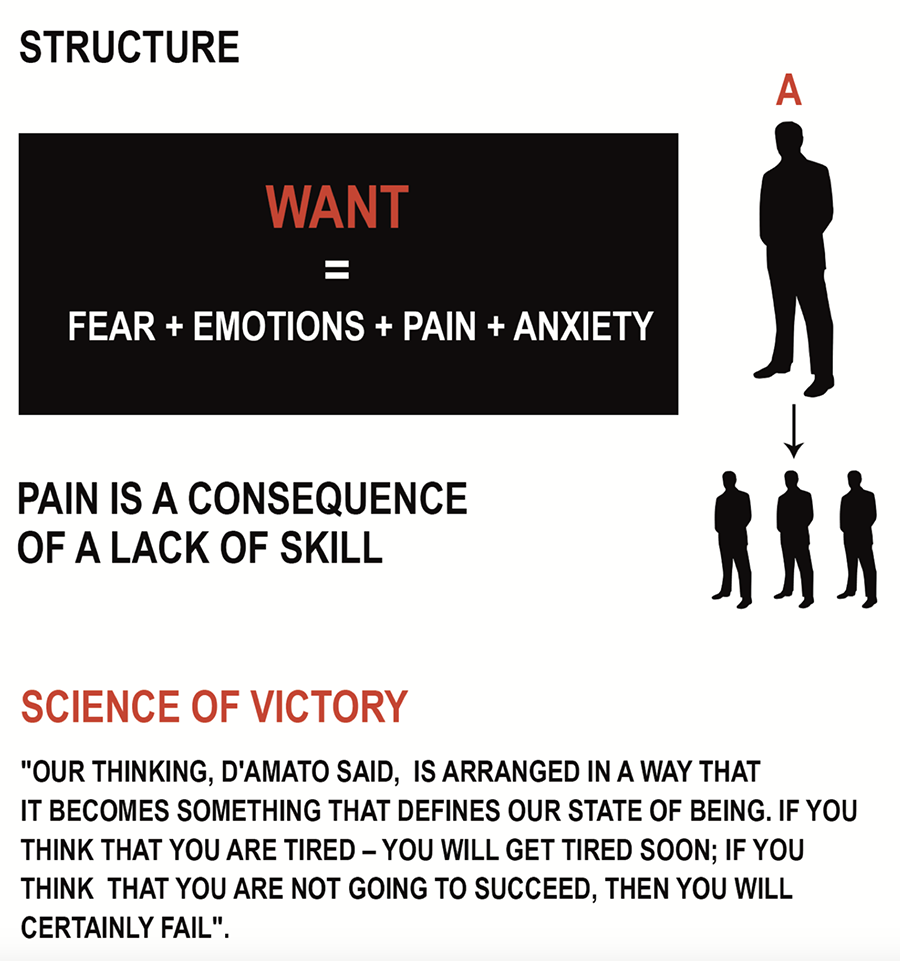 Non-compromised Pendulum is split into two parts, the first being Dr. Maltsev’s scientific analysis of the psychological underpinnings of the D’Amato approach and the second being Patti’s explanation of the style’s in-ring mechanics. In reading Patti’s description, the D’Amato style is much like boxing’s equivalent of football’s current run-pass option (RPO) offense in which the boxer, depending on the situation placed before him, must make split-second decisions as far as which defensive move to execute or which punch (or series of punches) to fire and from what angle it (or they) must be launched. Patti declares that the possibilities are almost endless, which drives home the point that, to apply the style properly, the boxer/student must be intuitive, instinctive and intelligent while also possessing the perfect balance of physical skill and psychological control. Additionally, Patti’s descriptions are accompanied by Alexey Knignik’s excellently rendered illustrations. Each numbered punch in the D’Amato system is revealed, and Patti explains how each should be delivered and the reasons why they must be thrown in that particular manner.

The book is divided into 11 chapters, and while the text is only 131 pages long, it is a deep, absorbing and challenging read. At times, Dr. Maltsev’s words read like the Russian-to-English translation that it is, but he also makes sure to use real-life situations to consolidate his points. Many of the principles he outlines are accompanied by graphics using formulas that summarize the concepts (one such example can be found in the top third of Page 46: “Will + Skill = Character”). He also sprinkles graphics detailing D’Amato’s sayings into the text, such as “any pain is a consequence of a lack of skill,” or “I don’t want to hear any excuses; I just want to see results. I let the results speak for themselves.”

In addition to the mid-text artwork, the book uses graphics at the end of every chapter to concisely explain and illustrate that section’s teachings, a device that helps close the circle on the text.

Dr. Maltsev tells readers that they should read Confusing the Enemy and Iron Ambition to fully appreciate this book, advice with which I agree. Also, when reading Patti’s section, one should do so with a young Tyson in mind, for he was the definitive adherent of the D’Amato style.

Like D’Amato, Non-compromised Pendulum is unconventional in that it is not a commercial venture. Instead, the English-language version is available via free download and Saparkina reports that Spanish and German editions have also been released.

Saparkina also said the Russian-language version of book two is already available for download and that the English version will be released in the near future.