Jose Pedraza ahead of Lomachenko unification: ‘I see myself with both titles’ 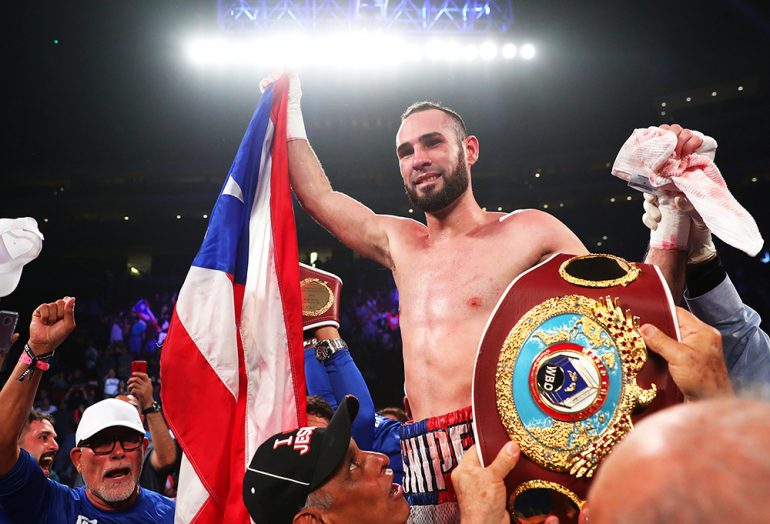 This Saturday night at the Madison Square Garden Theater in New York, Jose Pedraza takes another step up the proverbial ladder as he enters into an all-too-uncommon title-unification fight. His opponent is The Ring’s No. 1-rated pound-for-pound champion, Vasiliy Lomachenko.

Pedraza is coming off of a tough win this past August, when he lifted the WBO lightweight title off of Raymundo Beltran over 12 hard-fought rounds. The unanimous decision victory made Pedraza a two-division champion after losing the IBF junior lightweight belt to Gervonta Davis in 2017. The moment was short-lived. “I had a two-week rest and went back to work. I’ve been in Vegas for the past month training,” Pedraza told The Ring.

There was a stipulation in the previous fight contract that made the winner an obligatory opponent for Lomachenko in what would be both fighter’s first unification opportunity. “I actually wanted to unify at 130 pounds, but the opportunity wasn’t there,” said Pedraza. “It would mean a lot to me in my life to be a unified champion.”

Pedraza’s manager, Mike Leanardi, added: “It might sound overly simplistic, but you need to have two fighters that actually WANT to unify. Everyone says they want to, but the truth is most fighters, and their teams, want the path of least resistance once they have a belt. Holding two belts doesn’t usually equate to the fighter making double the money as holding one, so the risk-to-reward ratio doesn’t really make sense. The fighter has to have a tremendous amount of self-belief and a real desire to be great.”

The Lomachenko unification will incredibly be Pedraza’s fourth fight this year. He had at least four fights per year from 2011 to 2014, racking up 19 wins in that span. “I like to stay active and want to make up for the time I had off. I’m only looking for the big fights, so there’s no time to lose.” Pedraza (25-1, 12 KOs) took over a year off when he suffered his lone loss against Davis. 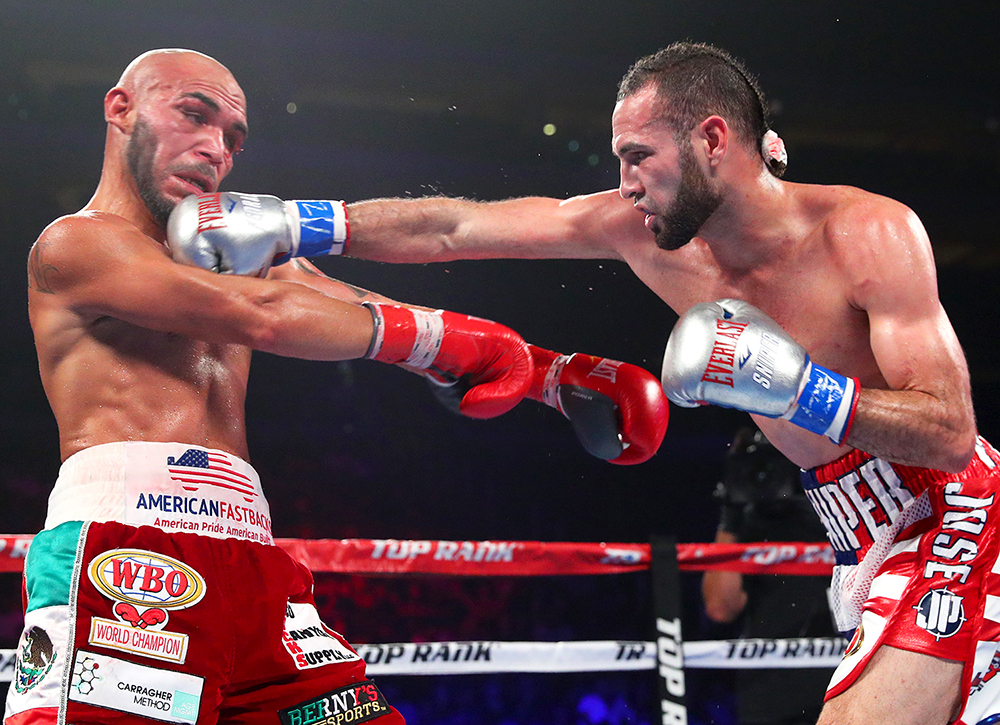 Now at lightweight, Pedraza feels more comfortable at a more natural weight; “Sniper” actually competed at 132 pounds in the 2008 Beijing Olympics. “He’s in his late 20s now; it was time to move up. Pedraza’s naturally a bigger guy,” said Leanardi.

“I’m in a new weight class and the opposition is higher,” said Pedraza. “Dominating them and doing my job is where my focus is.”

With the fight happening in New York City, the crowd dynamics become a factor with large local populations of both Puerto Rican and Ukrainian boxing fans. “It’s going to be a 50-50 mixed crowd,” he predicted. “New York City is a second home for Puerto Rican fighters, but it’ll be interesting.”

A fighter naturally needs to envision all possible outcomes of a fight to plan for every contingency. That being said, absolute self-confidence is crucial so that the fight isn’t lost before it even starts. “I’ve thought about every example the fight could go,” said Pedraza. “Knockout wins, win by decision. I also have seen the losing outcomes. The more I think about it, the more I see myself with both titles over my shoulders and raising my hand in victory.”

Taking full advantage of the Top Rank digs, Pedraza has been sparring stablemates Jessie and Diego Magdaleno. “I’m way more focused in this camp. I’m training in Vegas to focus on everything from conditioning to my thinking.”

While most pundits or fans have already written off the 29-year-old, a list of factors could play into how the fight goes down. Leanardi pointed out a few of them, saying, “Obviously, Lomachenko is at or near the very top of every pound-for-pound list, so he’s a difficult fight for anyone. But Jose couldn’t ask for a better set-up with his activity and conditioning. Plus, Lomachenko is coming off a serious shoulder injury. Makes for a great set-up!”

In fact, Pedraza would likely be a favorite — coming off the wave of wins, including a title-winning performance — if the pound-for-pound champion weren’t his next opponent. All things considered, the fight should be more competitive than some are giving it credit for.

A unification fight always sheds some of the convolution that is the sanctioning bodies’ saturation of title belts, and such bouts should be heralded regardless of the styles or names that enter the ring. The case of Lomachenko-Pedraza offers us the chance to have our cake and eat it too, as both men are highly rated and fearless professionals ready to deliver New York City a show. Buckle up.