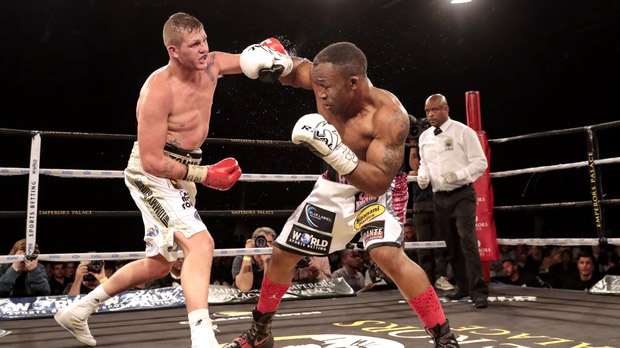 Thomas Oosthuizen and Thabiso Mchunu during their first battle in September 2018.
05
Dec
by Anson Wainwright

On Saturday, Thomas Oosthuizen and Thabiso Mchunu will resume their hostilities, just 98 days removed from their first epic cruiserweight battle. The pair will again meet at Emperors Palace in Kempton Park, South Africa, to contest for a regional title.

When they fought in September, Oosthuizen (28-1-2, 16 knockouts) won a majority decision by the smallest of margins, and both teams decided to settle matters with a rematch.

Oosthuizen’s career had been blighted by alcohol, drugs and a string of arrests, but thankfully, before is was too late, the now-30-year-old was able to recalibrate his life and give one of the best outings of his career. His performance was a pleasant surprise to promoter Rodney Berman of Golden Gloves.

“You know the first fight was a really intriguing fight,” Berman told The Ring on Tuesday. “Tommy quite honestly astounded me, he’s like a poor man’s Tyson Fury. Tyson Fury defies all odds; Tommy came back after all his setbacks and was outstanding.” 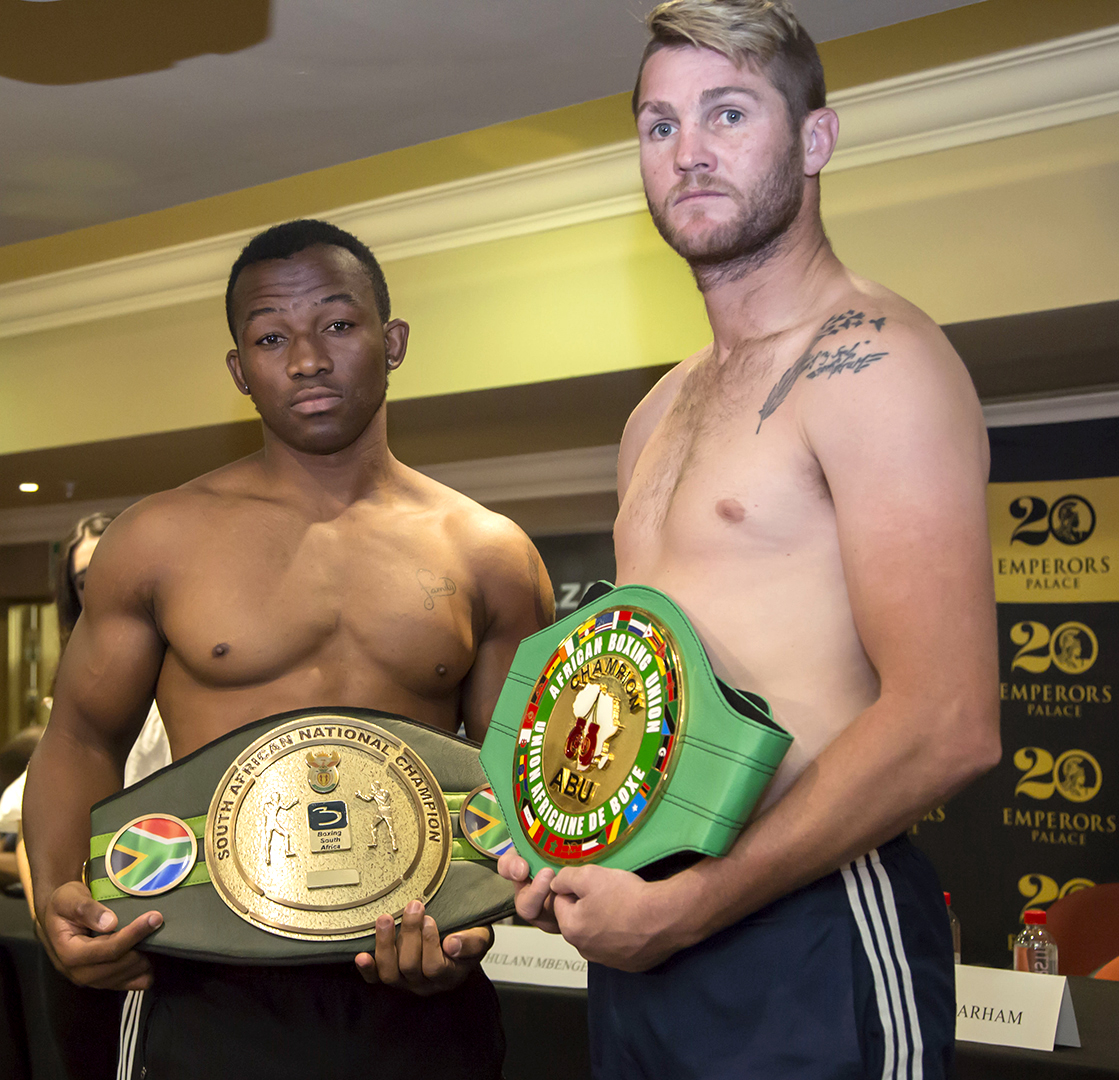 Of course it takes two to tango, and Oosthuizen needed a willing dance partner. He found one in former world title challenger Mchunu (19-5, 12 KOs).

Mchunu’s form has been spotty over the past few years. The 30-year-old has gone 4-4, but it must be noted that those losses were in good company, including undisputed cruiserweight king Alexsandr Usyk in 2016.

“It’s a good rematch,” said Mitchell. “Mchunu lands the big punches and Oosthuizen is throwing lots of punches, but I think if Thabiso closes Tommy down — which is easier said than done — and puts him in the corners, it could be a closer fight. But it’s hard to corner Tommy, because he has good legs.”

“Tommy Gun” has lived with Volbrecht for the past month to minimize any distractions. The venerable boxer-turned-trainer was quick to point out that his man was on weight at Tuesday’s pre-medical while his opponent still has work to do.

“When you come to the pre-medical, you have 5 percent that you can be over. Tommy was already on the limit, where Mchunu was 3 kilograms (6.6 pounds) over,” said Volbrecht. “So he still has to lose 3 kilograms before Friday. It’s no problem, but how much has he already lost to make this weight?”

Unsurprisingly, both camps are confident of victory on Saturday.

“I’m back to doing what I love, back to staying busy with the sport. I’ve had some time to prepare myself for this fight and everything has been going well.”

The softspoken Mchunu is a man of few words, but retorted: “I’m expecting him to run more, but it’s going to be easy. I’m going to win this fight.

“Not taking anything away from him, he’s a good boxer, but I faced better opposition than him. I’m expecting his A-game, a better rematch with a better result.”

Volbrecht and Smith are also confident their charges will be victorious.

“The Smith camp thought their boy won; when I looked at the fight over and over, I thought Tommy won,” said Volbrecht who has trained Oosthuizen for his entire career. “I’d rather let the guys have a rematch. They know each other; it’s better than fighting a guy from overseas they don’t know. I just feel Tommy had more time to train and think about the fight this time, and I think it’ll be a better fight for Oosthuizen.”

Smith feels his fighter can level the series.

“Neutralize the flurries and the flashy bits,” said Smith. “Internationally you’re not going to get those decisions. Instead of looking at it negatively, I said to him, ‘If you go abroad you’re going to have to win more convincingly.’ So Saturday night, he’s going to win convincingly and set himself up for some big shows overseas.

“We don’t have time for any more setbacks. In camp he’s good. I watch fighters internationally and there’s no reason he can’t compete at the highest level. We’re not the only victims on the wrong end of a bad decision.”

When former WBA/IBF junior lightweight beltholder Mitchell’s head was put on the spot with regard to who will win, he said: “[Tommy’s] coming off a win over the same opponent; you would think he can win again, but the fight game doesn’t work like that. You just don’t know which fighter’s going to win on the night.

“If Thabiso brings his A-game it could be a very close fight. I’ve always been a Tommy Oosthuizen fan. I think Tommy has the legs and boxing skills to win again, a points decision.”

Berman feels that as long as the second installment is as riveting as the first go-around, both men have a part to play in the talent-laden 200-pound division, and he has a working plan.

“I think you’re going to see a much more aggressive, fitter Tommy Oosthuizen this fight. You’re going to see Thabiso Mchunu being a lot more aggressive, not fighting in flurries and one punch at a time. Whoever’s hand is raised in victory, it’s not going to kill the career of the loser; they’ll both go on. But for boxing itself, I’m looking forward to having for the fans another outstanding fight.

“The winner to fight (world-rated Kevin) Lerena in June, have a fight in-between [this fight and then] — that’s very much on the cards. And go from there.”

Oosthuizen is looking even further ahead at the top man in his division.

“I’d rather set my sights on Aleksandr Usyk and getting a fight there,” he said. “If he moves up to the heavyweight division, there’s going to be some vacant belts up for grabs. Hopefully Rodney Berman gets me the opportunity.”

Perhaps that’s a big ask, but after where Oosthuizen has been, write him off at your peril.