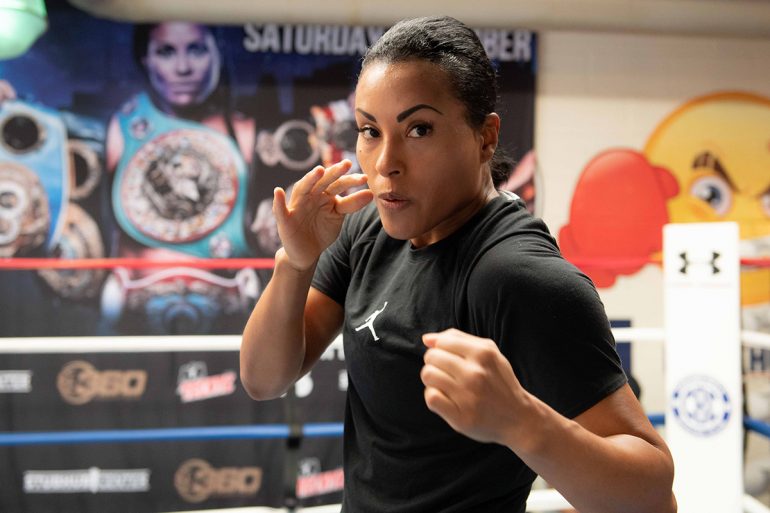 HBO has televised over 1,100 bouts in the past 45 years, but for the first time ever, a female will headline a telecast for the cable giant. Norway’s Cecilia Braekhus (34-0, 9 knockouts) will defend her IBF, WBA, WBC and WBO welterweight titles against Aleksandra Magdziak-Lopes in the main event of a “Boxing After Dark” broadcast at the StubHub Center in Carson, California, on December 8. Widely regarded as the best female boxer in the world, The Ring awarded her its first-ever No. 1 pound-for-pound female fighter belt in September on the four-year anniversary of when Breakhus first unified the division by defeating Ivana Habazin.

“You know, it hasn’t really sunk in yet, because I’ve been so focused and dedicated to putting on a worthy performance for HBO’s last show,” Braekhus admits. “I will probably start thinking about the historical aspect of being the first female to headline a show after Saturday.”

It was also at the StubHub Center back in May where Braekhus started to make history as the first female boxer to ever appear on an HBO broadcast when she defeated Kali Reis on the Gennady Golovkin-Vanes Martirosyan card. That bout drew an average of more than 900,000 viewers and peaked over a million. 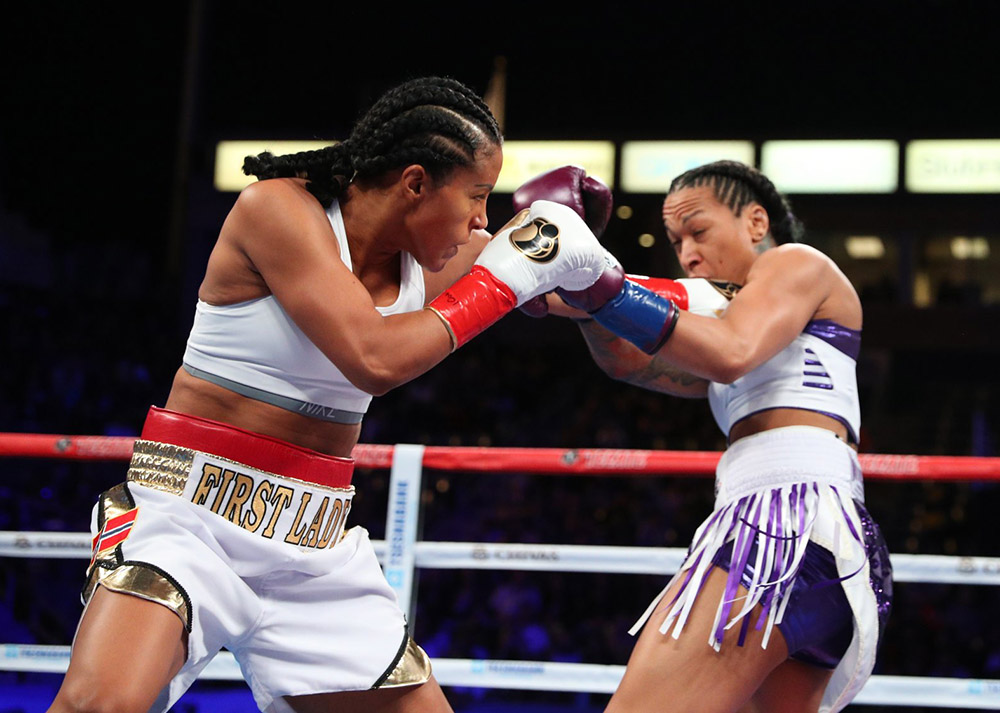 “Things were really chaotic at that time,” Breakhus recalls. “Golovkin was looking for an opponent at the time, and suddenly I was bumped up to be the co-main event. Things happened so fast that I didn’t have a chance to react. I was training on my own for a few weeks while my coach, Jonathan Banks, was in Europe, and he only arrived the day of the fight.”

While Breakhus won a unanimous decision that night, she was dropped in the seventh by a hard right hand from Reis, who came down from 154 pounds to face Braekhus.

“I lost focus for one second because I got cocky,” Breakhus said. “I won most of the rounds and I am a world champion, but I committed one of the biggest mistakes as a boxer and got punished for it. But that’s what champions do; they get back up and win their fights. Lesson learned.”

While the stakes this time around are significantly higher, Braekhus said the difference in training camps will ensure no setbacks will occur against Lopes, who, similar to Reis, is coming down in weight to challenge for the 147-pound championship.

“I had a full camp with my trainer and I flew in to town six weeks ago to get ready,” Braekhus explains. “I got to work with a strength and conditioning coach and had a lot of fun in the gym every day.”

At 37 years old, Braekhus has fought all over the world, including in front of 20,000 fans on the Aleksandr Usyk-Murat Gassiev undercard in Russia when she handily defeated Inna Sagaydakovskaya. 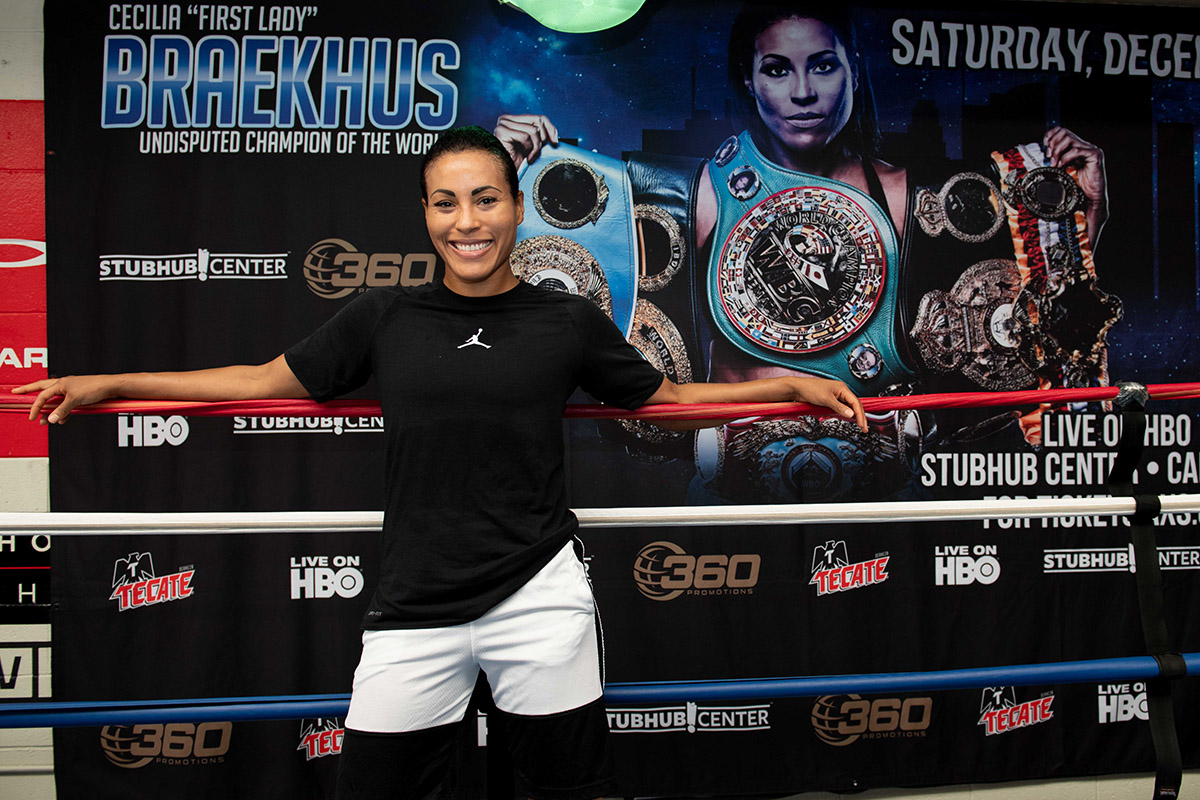 “I am just enjoying the ride right now and am having so much fun,” Braekhus exclaims proudly. “I am excited to see where else boxing takes me, as I want to continue fighting on big avenues.”

One possible future matchup may include a date with UFC star Cris Cyborg, who has watched Braekhus fight from ringside wearing a “Cyborg vs. Braekhus 2019” shirt.

“Definitely I see that fight happening,” Braekhus said. “I don’t think she has many fights left with UFC, and I know she is as hungry as I am for challenges. This fight will be a global event.” 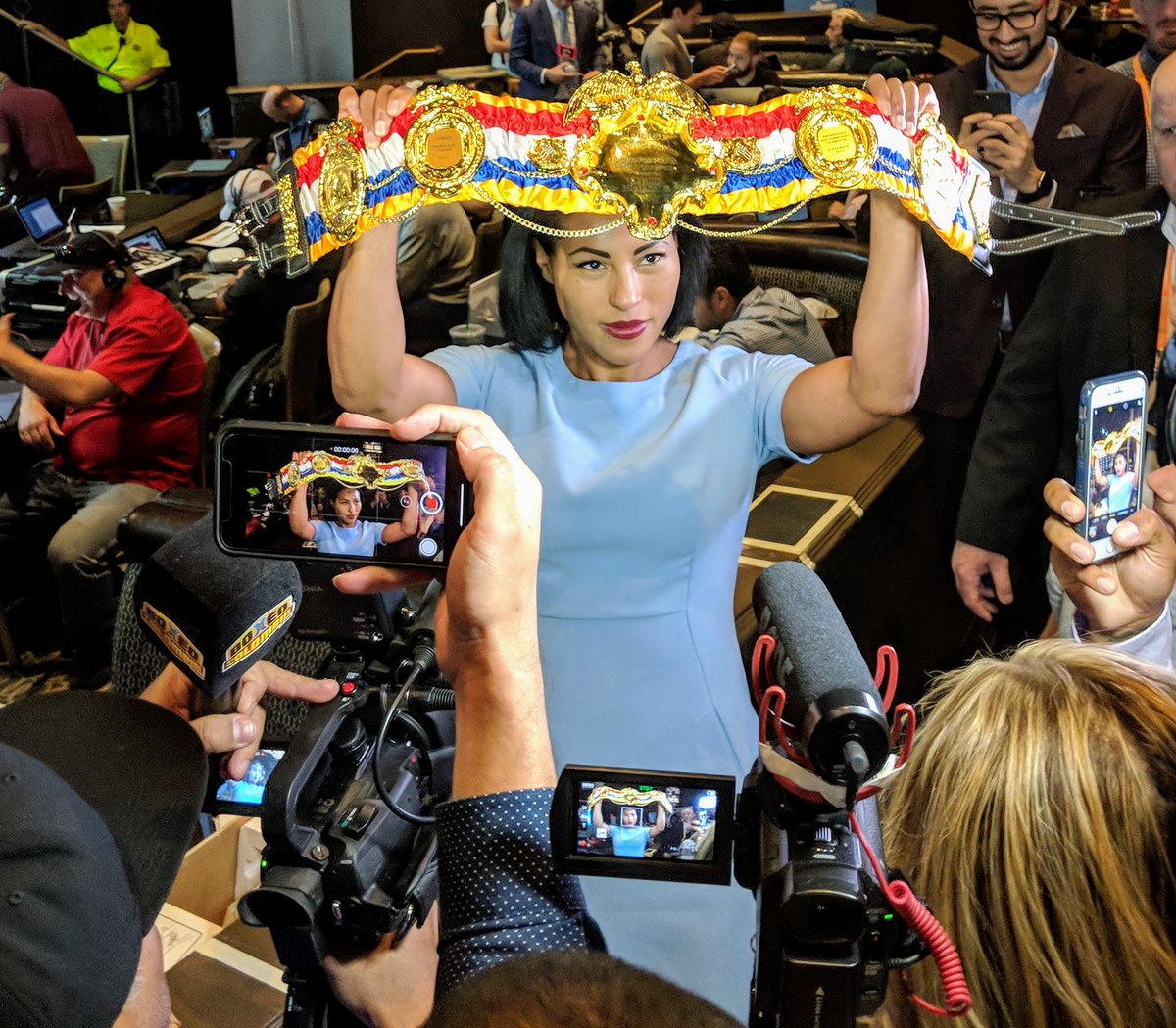 Cyborg has sparred with top current female boxers, including two-time Olympic gold medalist and middleweight/super middleweight world champion Claressa Shields. In the event Cyborg is too busy while training actress Halle Berry for her role in the upcoming John Wick 3 movie, Shields might be willing to battle Braekhus for supremacy in the women’s ranks if both fighters want to meet at 154.

“I don’t have to do that to be considered the best fighter, because right now I am regarded by everyone number one pound-for-pound,” Braekhus says proudly. “I have the Ring Magazine belt and The Boxing Writers of America said I am number one. I don’t need Claressa. She needs me more, but in the future it could be a huge fight. Right now she’s three weight classes above me and she has a fight with Christina Hammer next summer to think about, which will be big for her career.”

Braekhus believes boxing has a golden opportunity to grow with the current crop of female boxers who are making a name for themselves in the sport.

“We are on a great path right now and I hope it continues to climb for a long time in the future,” Braekhus said. “If promoters and networks invest and promote women the same way they do for the guys, they will get it all back 10 times, because we have been starved for so long to showcase our talents.”