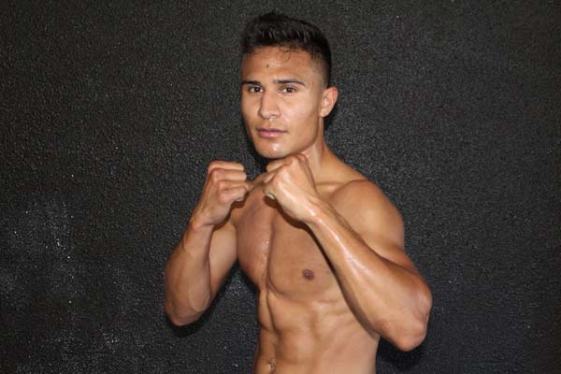 The hard-hitting Espinoza (22-2, 19 knockouts) wasted little time from the opening bell, going on the offensive against Vargas, who was fighting for the first time outside of Colombia.

Espinoza dropped Vargas with a left hook within the first 20 seconds of the second round. He beat the count but was immediately dropped again by another left hook. Vargas attempted to fight back but was clipped repeatedly to the head. Another barrage of punches late in the session sent him down for a third time prompting referee Frank Gentile to stop the bout at 2:19.

Including this victory, Espinoza has now won 11 consecutive bouts. The Tijuana, Mexico, resident is ranked No. 2 by the WBO.

Welterweight Derrieck Cuevas (19-0-1, 14 KOs) of Puerto Rico dropped gatekeeper Breidis Prescott (31-15, 22 KOs) in the opening round en route to a 10-round unanimous decision.

Welterweight Livan Navarro (10-0, 7 KOs) dropped Wilfrido Buelvas (19-11, 13 KOs) twice in round three and twice more in round four to win by knockout.