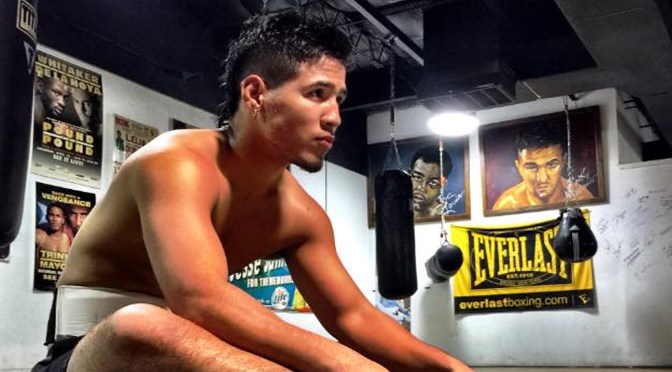 Unbeaten Kendo Castaneda is currently a junior welterweight prospect, but his team believes he is already a contender.

A convincing victory over another unbeaten fighter Saturday night could make that transition a reality.

Castaneda will square off against Gilbert Venegas Jr. in a 10-round bout at the Scottish Theatre in his hometown of San Antonio, Texas. This fight, along with the rest of the card, will be streamed on FIGHT NIGHT LIVE on their Facebook page.

Castaneda (14-0, 7 knockouts) was victorious in his last fight on Aug. 10, winning an eight-round unanimous decision over Jesus Gutierrez in Las Vegas.

A victory by Castaneda on Saturday will likely put him in the WBA rankings as a regional title belt is on the line.

Roy Jones Jr. Promotions, which promotes Castaneda, sees the potential in the 24-year-old.

“(Saturday night) is a huge opportunity for Kendo,” Guy Taylor, the matchmaker for Roy Jones Jr. Promotions, told The Ring. “A victory will solidify him as a world-ranked contender in the very stacked 140-pound division.”

Venegas (10-0, 6 KOs), who resides in East Molina, Illinois, defeated Armando Cardenas by unanimous decision in his last bout on Sept. 8 in San Antonio.