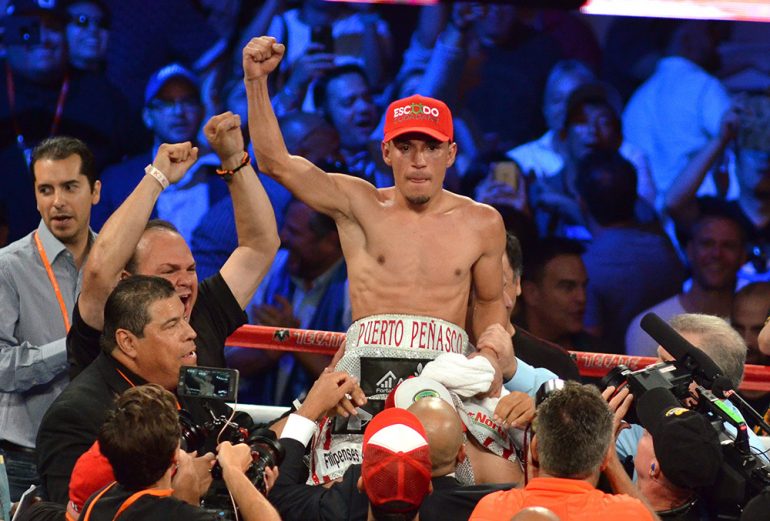 Former unified flyweight titleholder Juan Francisco Estrada will square off against Victor Mendez on Dec. 8 at the StubHub Center in Carson, California.

The 10-round bout will replace the Roman Gonzalez-Pedro Guevara fight, which fell through when Gonzalez suffered a knee injury last week.

The Estrada-Mendez fight will be the co-main event of the HBO ‘Boxing After Dark’ show, reportedly the final boxing telecast for the premium network following 45 years of history with the sport.

In the main event, Cecilia Braekhus (34-0, 9 KOs) will defend her undisputed welterweight championship against Aleksandra Magdziak Lopes (18-4-3, 1 KO) in a 10-round bout.

Opening the telecast will be a 10-round middleweight bout between WBC, WBA, and IBF titleholder Claressa Shields and Femke Hermans.

Loeffler attempted to have Estrada face Guevara, but the two sides could not agree on a deal.

“It’s unfortunate, but getting Estrada to fight on the card at the last minute was remarkable,” Loeffler told The Ring. “We found a suitable opponent in Mendez.”

Both Estrada and Mendez reside in the northwestern Mexican city of Hermosillo.

Estrada is pushing for a rematch with Sor Rungvisai and is currently the WBC mandatory challenger. He is also ranked No. 1 by The Ring at 115 pounds.

Mendez has campaigned at featherweight in his two most recent outings, which means his clash with Estrada is likely to be at a catchweight above 115 pounds.