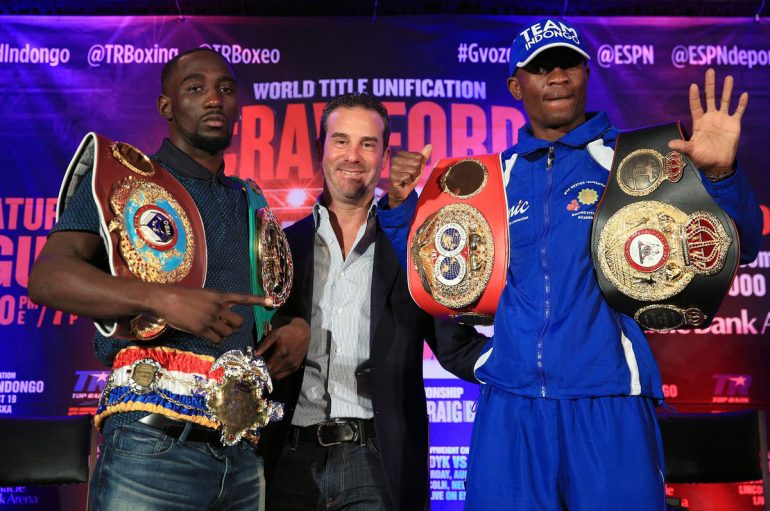 The seismic shifts boxing has undertaken in 2018 has largely been focused around its full body pivot to streaming services, which was previously only offered to large subscriber bases in limited capacity by one network, Showtime. As the maturation of the concept began to take form, Darwinism claimed one victim in HBO. The Fox network, ESPN and the basic cable network’s subscription app, ESPN+, as well as streaming sports service DAZN have emerged to fill the void HBO’s exit from the sport left.

Does the new climate foster or hinder negotiations between promoters for co-promoted big fights?

The Ring recently broached this subject with one of boxing’s major players responsible for the sport’s evolution, Todd duBoef, the president of Top Rank, Inc. DuBoef, who was instrumental in brokering a landmark long-term deal between America’s oldest promotional company and “The Worldwide Leader in Sports,” also explains the differences between his role with ESPN+ and the DAZN platform and business model

When fights get made, its either the promoters and the fighters make a fight and whatever the encumbrance is – the relationships, the partnerships they have – everyone works together.

I wouldn’t go to a network to try and make a fight. When (Oscar) De La Hoya fought (Felix) Trinidad, one was on Showtime and one was at HBO. We talked to Don King and we made it.

Nick Skok: So, you’re open to partnerships and you’re happy with the way boxing is moving forward with the streaming services, ESPN+ and DAZN, or is it just the same game but on different channels?

TD: A couple years ago we made a strategical shift to go and leave a premium cable channel (HBO) which we felt was too isolating and too small to bring the sport back to mainstream. That is still our objective. Part of that offering was being with ESPN. It offers lineal cable, it offers ABC, it offers a complimentary DTC (Direct to Consumer) product. It offers their coverage, it offers their radios, it offers all of that. We love the partnership and we love the idea of bringing boxing to where the NFL is, to where the NBA is, all the big properties. That is our objective.

NS: And you’re fine with that?

TD: Yeah, because they are just another distribution point in those countries.

TD: It’s a licensed deal directly with somebody for a certain territory. When you talk about the complications of a negotiation its largely when the negotiation is at complete conflict in the primary market. So, when somebody was on HBO or when somebody was on Showtime, it was the primary market being the United States that there was a discrepancy of how the deal got done. At the end of the day, it’s all about compromise and figuring it out. I’ve never allowed that to direct it and say “I’m not going to make this fight because it’s [on another network]. What you do is you say “Hey, if there’s enough money in the fights, everyone comes to the table and negotiates to make a deal.”

NS: Why are you so optimistic? You and (Top Rank CEO/founder) Bob Arum both seem open to making deals. Why does it seem everyone is so aggressive towards you guys?

TD: I have no idea. I think there has been a behavior that occurred for many years of “Its mine, it’s not yours. I got this and I got that.”

TD: 100%. I think that marginalized and minimized the sport.

NS: Definitely. It hurt it badly. 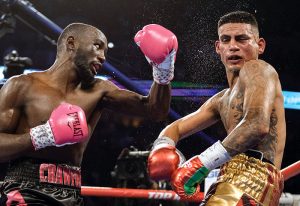 TD: With a lot of work and a lot of help, we collectively took a product that had been isolated and in a different place to try and make it more mainstream. If you look at Terence Crawford peaking at 2.83 million (vs. Jose Benavidez Jr.) on mainstream television and beating Ohio State, crushing USC and Colorado, and the key demographic tying for third, only behind the Red Sox in the MLB playoffs and Alabama vs Missouri, we can feel that. We feel that boxing is being freed. It’s very liberating. People texting and telling me “We love your fight.” It’s liberating.

I take a lot of criticism, and I took it very well and it was tough for me.

NS: In which respect?

TD: On ESPN+ and when I put Crawford on ESPN+ and we chose to do it and everybody said: “You’re being a hypocrite” and I said “this is a part of our new model, of our new business. It’s a complimentary platform.” I’m not saying its exclusive terrestrial or exclusive DTC. I’m saying it’s complimentary. We work with it. His last fight was on DTC and now he does the second largest cable rating since 2006, in 12 years, only behind Pacquiao-Horn. That’s the only other fight. So, it shows that even though it was a smaller platform, it didn’t minimize his future. It actually took him from 1.3 to 2.8! So, it actually showed success because what happened was ESPN activated his market, their system, they promoted the hell out of this thing being on a new product, made general awareness, and you not only see the event that night – that is a sliver of it – but the promotion before, the coverage after. Look at the product working!

TD: We’re not just fighting over two-hour blocks on Saturday. We’re also going to see him at a Green Bay Packers game on Monday Night Football. All of that stuff is part of it. I always said it’s about keeping the lights on all the time.

Look at the NBA. They’re keeping the lights on all the time. They’re doing great. The NFL, keeping the lights on…we need to keep the lights on all the time. To have a DTC product is a great way to do that with shoulder programing, talking heads, showing weigh-ins, showing press conferences, showing fights, showing international fights, and using the linear channel. We’re going to stub our toe. We’re not perfect. We’re learning on time slots, we’re learning on night-of-the-weeks, but we’re holding our own, which is incredible.

I heard a narrative that the sport was dead.

NS: They don’t know what they’re talking about.

TD: All we did was reposition. We took it from where it was and repositioned it, and, so far, the success is great or at least it’s showing positive response. 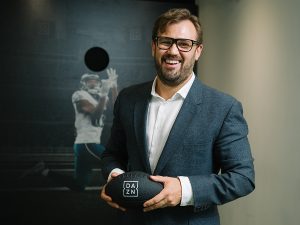 NS: We’re talking about the health of the sport as a whole. That’s why I brought up [earlier that day] what I was told from (DAZN CEO) James Rushton. When I bring this up, I’m not trying to create some sort of conflict article and get you to go tit for tat with DAZN. I’m trying to see where is the future of boxing going with DAZN and ESPN+ because you guys are right there at the front.

TD: But I am trying to make it successful. What we’ve been doing has been very instrumental in the first year of [ESPN+’s] growth. The big events with Crawford and Pacquiao, the international fights, it’s been a wonderful offering that’s created this accelerated growth. I can do it so often but they’re not relying on me. They have Kobe’s detail. They have Peyton Manning’s detail and soccer rights from Italy. They need all the content to retain subscribers.

DAZN is going to need to a lot of content to get subscribers and retain that growth.

I’m just a content holder. We can use it to grow their platforms and do what they want at certain times, but they have to figure out what they’re going to do to retain it. HBO has Game of Thrones and Jamie Oliver and Bill Maher. That’s all a part of their retention of their subscribers.

NS: Last question. You’re optimistic about the future of boxing with these streaming services? It’s not going to be isolated like it was when it was just HBO and Showtime?

TD: I think most people in the industry think boxing is having a bit of a renascence regardless of what the platform is.

NS: I don’t care what they say. I really want to know what you say because you’re the guy.

NS: You’re one of the guys. You’re at the table.

TD: I think right now that the success of the sport is when it’s not being siloed like it has been in the United States. What we’re seeing right now after a 14-month sampling with ESPN is that it’s being repositioned. There are massive fan bases here and the sports fans here just didn’t know where it was.