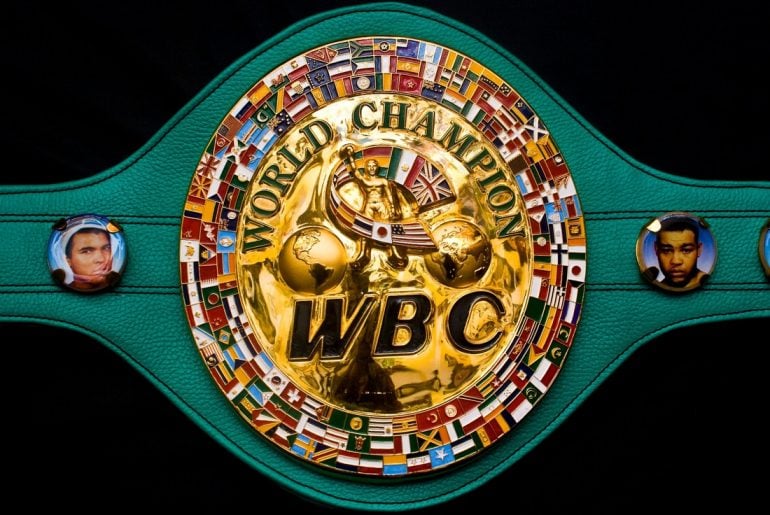 After word came out that five fighters missed scheduled tests within WBC Clean Boxing Program protocol, the sanctioning body put out a release to reiterate elements of their testing construct.

The Charlo twins, Jermall, the middleweight, and Jermell, the 154 ace, were the two best-known fighters on the list of those having missed tests.

Here is the release the WBC sent out on Tuesday:

Every single fighter who is enrolled in the WBC Clean Boxing Program is responsible for his acts. Trainers, managers and promoters must be aware of, and participate directly in the CBP compliance in support of the fighters they represent.

I have seen with deep concern the so many criticisms against WBC champion Jermel Charlo and interim champion Jermall Charlo regarding their missed tests.

It is important for the WBC to clarify that both Charlos have been tested in the past and that the infraction they are facing is a missed test, which has been acknowledged and they will be responsible to pay the corresponding fine. It is important, however, to clarify that they have not tested positive for any substance whatsoever.

This is why it is extremely urgent for all boxers to enroll in the CBP and to update at all times their residence and training location to VADA, which is the agency administrating the CBP for the WBC.

It is very simple, if you are chosen for testing and are not available for the collector to test you, you will be incurring a missed test penalty.

It is of extreme importance that every fighter updates their whereabouts forms with VADA at all times.

Jermall Charlo took to social media on Tuesday, and offered some insight into why he missed his test: 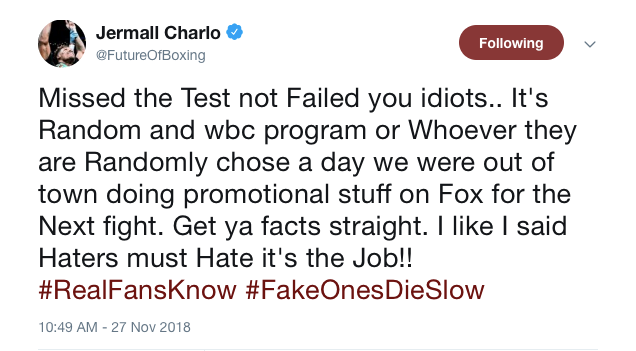 The Charlos fight under the PBC/Haymon Boxing umbrella. HB spokesman Tim Smith had this to say when he looked at the WBC alert: “Sounds reasonable.”

Dr. Margaret Goodman runs the VADA testing program. I asked her to weigh in on that WBC reiteration and the importance of announcing whereabouts.

“The WBC has recognized that fighter health, safety and fairness can only come with clean sport,” Dr. Goodman said. “Enrollment in the CBP and VADA sends a strong message, but it comes with a huge responsibility. Boxing is a profession–whether a fighter has an upcoming bout or competing twice a year. For a boxer to reach their potential that means placing their health first; that means refraining from the harm of performance enhancing drugs. VADA is honored to continue to administrate the CBP.”