Adonis Stevenson: ‘Oleksandr Gvozdyk is super hungry and looking to take my place’ 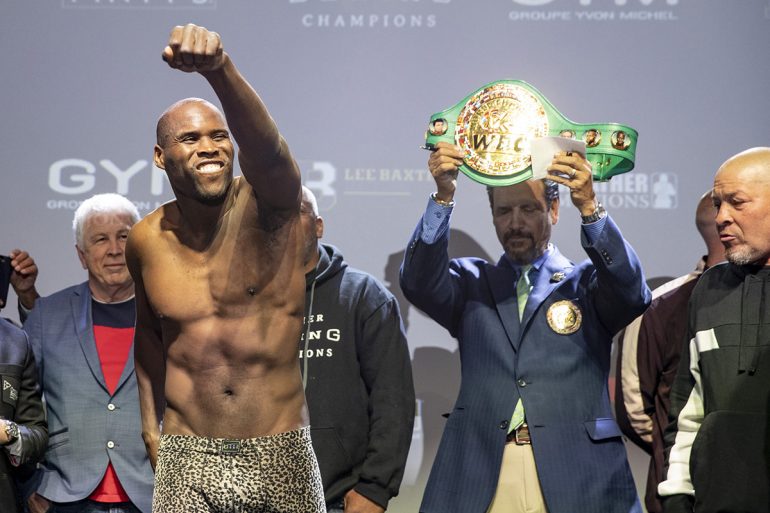 Big-punching WBC light heavyweight titleholder Adonis Stevenson will look to make his 10th successful defense against the unbeaten Oleksandr Gvozdyk at the Centre Videotron in Quebec City on Saturday.

Stevenson, who is rated No. 3 by The Ring at 175 pounds, has held the WBC title since June 2013 when he stunned Chad Dawson with a one-punch knockout in the first round, a victory which also saw him claim lineal and Ring championships.

The longest reigning active champion in boxing anticipates a tough test against Gvozdyk and, not surprisingly, disputes any notion that he’s no longer the top guy in his weight class.

“Gvozdyk is a young, athletic guy who’s really looking to win this fight,” Stevenson (29-1-1, 24 knockouts) told The Ring. “I know he’s super hungry and looking to take my place. I’ve been in these situations before. Anyone coming up against me right now is trying to take my spot because I’m number one.

“I just have to make sure that I’m always ready for anything and everything in the ring. I never underestimate my opponents because anybody that’s coming up against me is really motivated and wants to take my throne.

Following an excellent amateur career, Gvozdyk turned professional in April 2014. In his 10th fight, on the undercard of the Manny Pacquiao-Tim Bradley rubber match, the California-based Ukrainian flattened Nadjib Mohammedi in two rounds. Since that time he’s continued to impress with victories over Isaac Chilemba (RTD 8) and Yunieski Gonzalez (TKO 3).

In March, Gvozdyk (15-0, 12 knockouts) won a workmanlike decision over grizzled French veteran Mehdi Amar and solidified his world championship aspirations. The 31-year-old boxer-puncher is currently rated No. 6 by The Ring.

There is no doubt that this is a dangerous assignment, but Stevenson is coming off a solid performance against well-respected former super middleweight titleholder Badou Jack in June. That bout, which ended in a majority decision draw, was one of the most exciting fights of 2018. 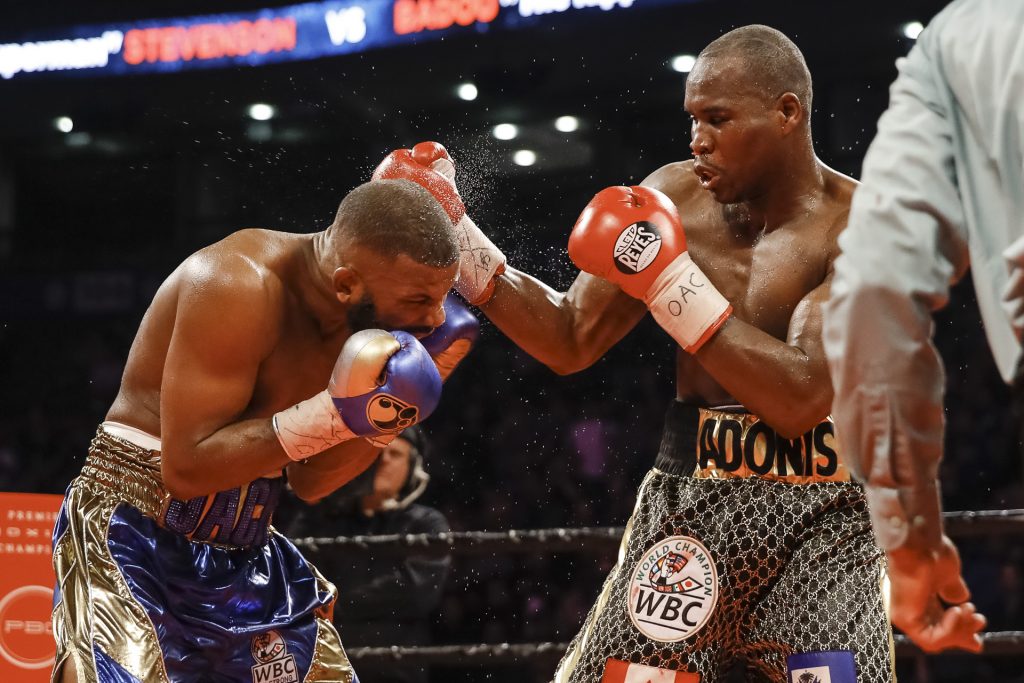 “I think it was an incredible fight,” said Stevenson. “I definitely felt that I was leading at the beginning of the rounds. Unfortunately, on my way to Toronto, I got ill and couldn’t take any medicine, so I had to rely on honey and natural ginger tea as a remedy. That made for an extra challenge during my fight.

“As a champion, no matter the circumstances, you still must fight so I gave it my all. People aren’t used to seeing me going 12 rounds – I usually go for the KO. This time, people really got to see my endurance and resilience, and the fact that I just don’t give up.

“Badou Jack also gave his best. I don’t think his fans ever saw him fight that well before. I think the fact that (Floyd) Mayweather (Jr.) was giving him pointers and kept yelling from the side of the ring really affected the judges’ decision. I think I was the true winner of that fight. I must say, it did make for a great fight, though.”

Stevenson had been roundly criticized for the level of his opposition prior to facing Jack. He isn’t taking any notice and is focusing on the task in hand.

“People always have something to say when it comes to my opposition,” said the champion. “Boxing, as you know, is not an easy sport at the professional level, and everyone has their different talents. I tend to not pay attention to what people have to say.

“Badou Jack was a great opponent, but if I wasn’t sick and was 100 percent, I definitely would have knocked him out. For instance, I fought Tony Bellew at the highest level of his career and won by KO. People sometimes choose to discredit the things I’ve done in boxing. (Aleksandr) Usyk just won recently, but he was going up against the old Tony Bellew who’s done. So, we can’t really listen to what people say.”

The legendary Bernard Hopkins showed that he was able to fight well into his 40s. Stevenson turned 41 in September and if the Jack fight is anything to go by, he doesn’t appear to be slowing down.

“Boxing is my passion and I started this sport a long time ago and it quite honestly saved my life,” Stevenson explained. “I was always a fighter and will always be one. Boxing is a sport that will forever stay close to my heart. I am 41. How many 41-year-olds do you see who are still active and at the top level? Not many, I’m sure. I haven’t slowed down yet because I still feel good inside and outside. I’m healthy and fortunate to still be able to practice the sport.

“I do think I’ll stop when I feel it’s time to stop, but right now my body is still telling me that the hunger and power to win is still in me. For the next stage of my career, I want my legacy to be that even as a 41-year-old, you can keep a healthy, disciplined lifestyle and be a professional athlete. Age is not a factor, it is just a number. You can definitely be a successful fighter at 41 and beyond.”