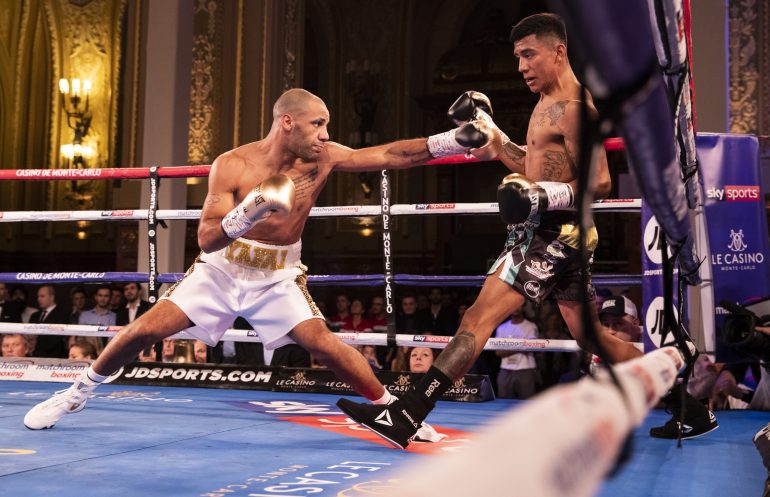 Rarely will you see a winner look so deflated.

Britain’s Kal Yafai scored a 12-round unanimous decision over Israel Gonzalez at the Casino de Monte Carlo in Monaco on Saturday. The official scores were 117-111 and 116-112 twice, but the numbers don’t tell the story.

Yafai, who is rated No. 2 by The Ring at 115 pounds, was unable to seriously hurt his opponent at any time over 36 minutes. Gonzalez gave a spirited effort and immediately left the ring in protest when the decision was announced.

“I’m a bit embarrassed by my performance,” said Yafai when interviewed by Sky Sports. “I thought the scores were a bit wide. I just wasn’t busy enough, and I’ve got to be better than that.”

Yafai claimed center ring immediately in Round 1 and scored well behind a heavy left jab. Gonzalez moved well, but it was clear that he had a lot of respect for the champion’s quickness and hitting power.

Gonzalez let his hands go a lot more in the second, however, and had intermittent success with the right hand. The only downside was the challenger was being made to work extremely hard because of the pressure Yafai was exerting with his feet.

The fight was fascinatingly poised in the fifth when a clash of heads left Gonzalez with a gaping cut over his left eye. If the fight had gone to the cards at that point, neither man could have been confident of victory, but the show went on.

I felt that Yafai’s accuracy and aggression trumped the challenger’s work rate in the middle rounds, but opinions vary. Gonzalez responded well in the championship sessions and Yafai was despondent even after the decision went in his favor.

This was Gonzalez’s second world title failure of 2018. In May, the Mexican contender lost almost every session en route to a 10th-round stoppage defeat to IBF belt holder Jerwin Ancajas. He was much more competitive in this fight and we are sure to hear from him again.

Yafai (25-0, 15 knockouts) has now made four defenses of his title and a big fight in 2019 in a necessity. The aforementioned Ancajas in a unification showdown would be ideal, and there’s also been talk of a huge bout against former four-weight world champion Roman Gonzalez.

“Whether it’s Gonzalez or whether it’s a unification fight, we’ve got to get those big fights,” confirmed promoter Eddie Hearn. “If we don’t make those fights now, we may look back and say we missed the boat.”