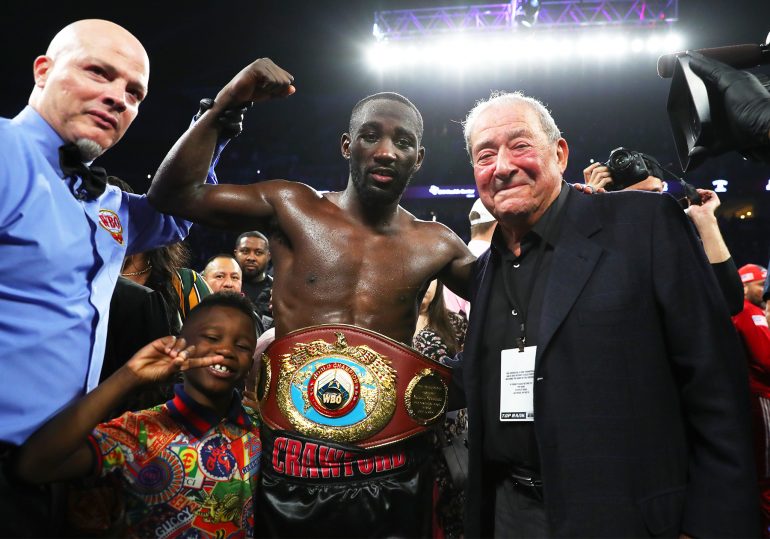 Terence Crawford’s first title defense of 2019 is close to being finalized.

The sides for Crawford and Luis Collazo are trying to hammer out a deal that would pit the fighters in a 147-pound title bout on March 23 at Madison Square Garden, sources told The Ring. The fight would headline a Top Rank Boxing on ESPN card. BoxingScene’s Keith Idec first reported the news.

Collazo (38-7, 20 knockouts) is advised by Al Haymon, the powerful boxing figure whom Top Rank chairman Bob Arum has been highly critical of in recent weeks. Arum referred to Haymon as “Mr. Cancer,” and said his fellow Harvard alum was standing in the way of notable matchups being consummated, chiefly those involving Top Rank’s two stars, Crawford and Vasiliy Lomachenko.

Collazo, of course, isn’t one of Haymon’s featured boxers. At 37, the former welterweight titleholder is well past his best days. Just maybe, the matchup will open the door for more significant fights between PBC welterweights and Crawford, but don’t count on it just yet.

A bout between Errol Spence Jr. and Crawford would be highly anticipated, but there’s plenty of doubt among industry insiders that the fight will happen while viable. Arum and Haymon aren’t even interacting to complete this deal.

It’s Top Rank president Todd duBoef and Collazo manager Keith Connolly who are spearheading negotiations, sources told The Ring. Both duBoef and Connolly declined comment when contacted by The Ring.

Crawford (34-0, 25 KOs) is rated No. 2 by The Ring pound-for-pound but he’s finding it hard to grab matchups with marquee opponents. Haymon controls the welterweight division, and he rarely does business with Top Rank.

The 31-year-0ld native of Omaha successfully defended his title for the first time in October with a 12th-round stoppage of Jose Benavidez Jr. Collazo is coming off a tougher-than-expected decision win over Bryant Perrella in August.