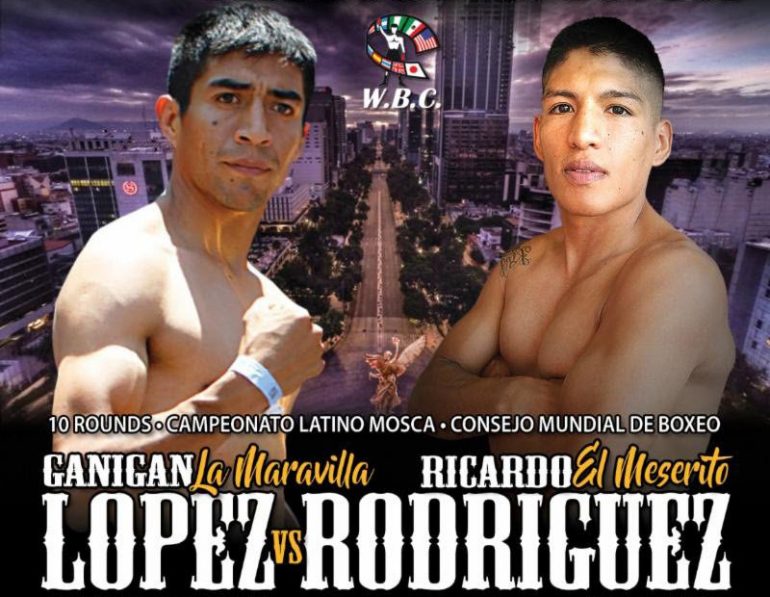 Former 108-pound titleholder Ganigan Lopez and Ricardo Rodriguez will square off in a crossroads clash Friday night, with the 10-round flyweight bout to take place at the Auditorio Blackberry in Mexico City.

With both local fighters in a must-win situation, promoter Tuto Zabala believes the bout will produce offensive fireworks.

“I made the fight because I think it’s going to be a very good fight between two well-known fighters,” Zabala told The Ring by email. “The winner deserves to fight for a world title belt.”

After one successful defense against Jonathan Taconing, Lopez, who is still ranked No. 6 as a junior flyweight by The RING, lost the title to Ken Shiro last year.

In his last bout on May 25, the southpaw Lopez faced Shiro in a rematch and was knocked out in the second round.

Rodriguez (16-6, 5 KOs) last fought on February 23, losing a 10-round split decision to contender Jonathan Gonzalez of Puerto Rico. He has lost his last three fights, including a third round knockout loss to then-WBO junior bantamweight titleholder Naoya Inoue in May of last year.

Junior middleweight Kevin Salgado (6-0, 3 KOs) will square off against Marco Chino Villa (2-1) in a six-round bout.