Bernard Hopkins punches out hunger with his annual turkey giveaway 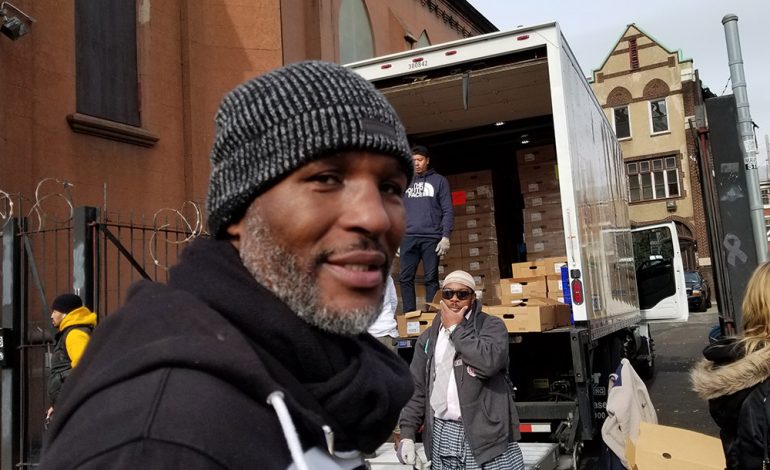 PHILADELPHIA — The autumn cold didn’t bother him as much as a chill from his past, as Bernard Hopkins stood there waiting for a delivery this past Sunday morning in front of the Spring Garden Wash & Lube, between 11th and 12th on Spring Garden St. in North Philadelphia. 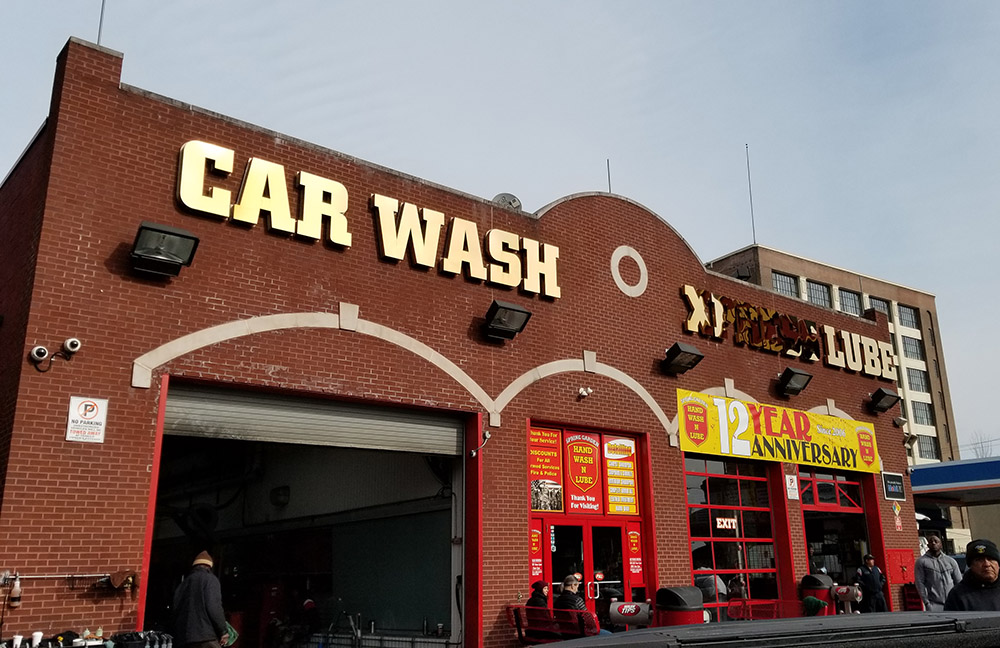 “B-Hop” remembered the clanging sound of the iron doors closing shut and the high-pitched, screeching alarm that used to go off each time he entered the 14th floor of what was once a government building two blocks away, now an apartment complex. It’s where Hopkins used to give his urine samples when he was still on probation.

On this Sunday, in front of the business and property he owns, Hopkins was waiting for a truck full of frozen turkeys to give away to the underserved and the forgotten in the community for Thanksgiving.

Hopkins made the rounds to local media, making sure people were aware of the giveaway, though he also made sure no cameras or media were there when he actually handed out the turkeys (I was there as a volunteer to help Hopkins hand out the turkeys. “I need turkeys like you to hand out turkeys,” Hopkins said, laughing).

“I can’t forget where I came from, and this is something I feel that I have to do,” Hopkins said, between unpacking crates of turkeys and making sure all of his workers at the car wash were taken care of first. “This is about paying homage to the neighborhood and making sure that people don’t go hungry during this time of year.

“This is the ninth year that I’m doing this, and I’ll continue to do this. We’ve had over 300 people come here today, and after that, they’ll come in spurts here and there. This is all good. It’s the right thing to do. I really don’t want or need the attention. When you do something honestly, most honesty comes in silence. 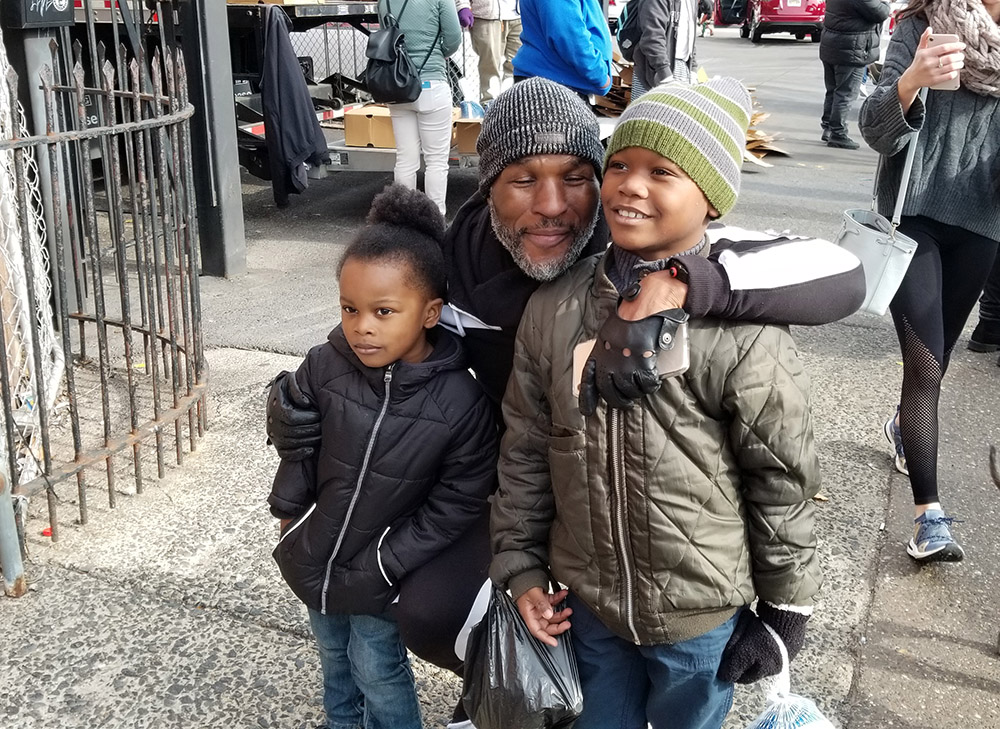 “The only reason why I’m talking to you is because you’re helping us out. I don’t need the cameras or anything like that. I did need the media to put the word out to those around here that I’m giving out turkeys. This is genuine. This community has always supported me … I don’t need a pat on the back.”

What many don’t realize is that Hopkins actually does many of these things behind closed doors. He paid for a few funerals of boxing people and helped put fighter Steve Little’s children through college. The problem is, if you ask him about it, you might get an “Executioner” scowl in return, because he doesn’t like talking about the good things he does behind the scenes.

“I know what I do, and that’s all that’s important,” Hopkins said.

“I don’t want to blow my reputation and have people think that I’m a nice guy,” said Hopkins, laughing. “I just know that at one time, I didn’t have anything, and I wish someone could have helped me when I was down. I see and understand the people around this neighborhood, because at one time, that used to be me.” 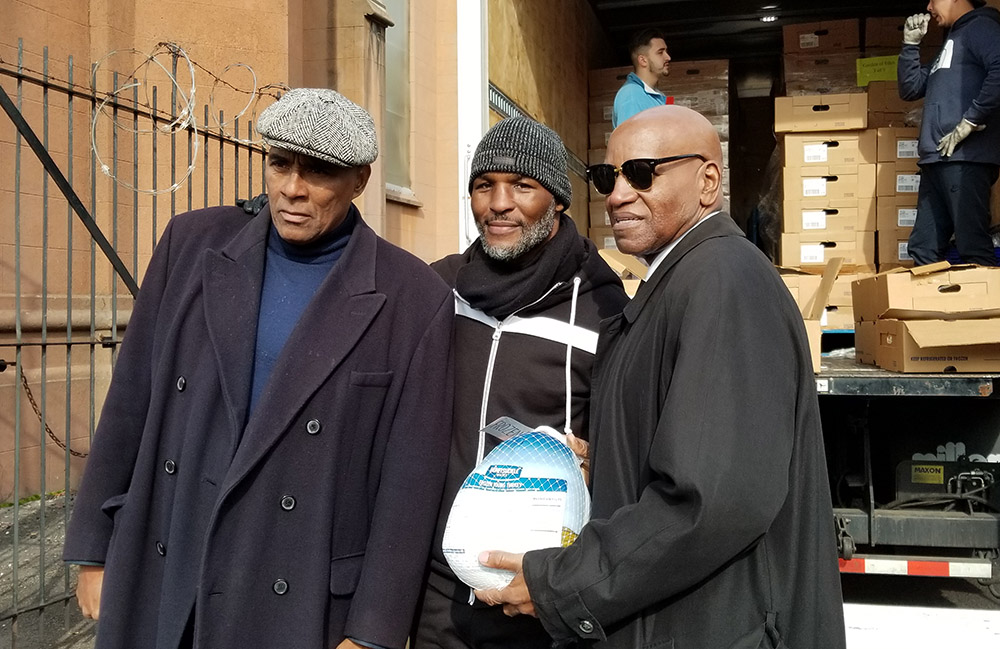 Then another chilling reminder crept up on Hopkins as he was mingling with the crowd and having pictures taken: Dave “Dynamite” Jordan stopped by to get a turkey and say hello to Hopkins, who instantly remembered him. Jordan and Hopkins were supposed to fight when the two were inmates at the Dallas State Correctional Institution, in Luzerne County, Pennsylvania. Jordan had stubbed his toe and the fight never took place.

“There are some things that you never forget and are always a part of you,” Hopkins said.

Thirty years ago, Hopkins was fresh out of prison and urinating in a cup two blocks away from where he was giving out turkeys, now in front of the business and property he owns.

“It’s why I always say boxing saved my life,” he said.