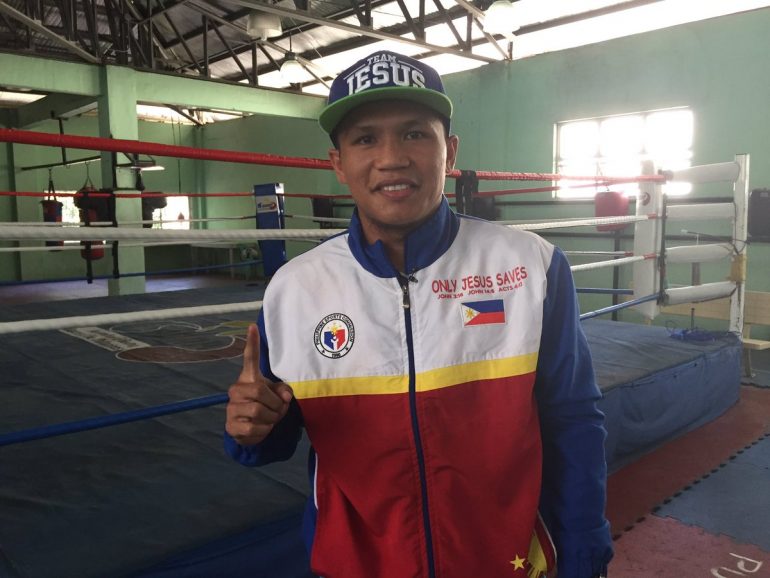 After more than a decade as the anchor of the Philippine national amateur team, Charly Suarez has decided to turn professional.

The 30-year-old from Davao del Norte  arrived at Survival Camp in Cavite on Tuesday, an appearance that trainer Joven Jimenez says neither he nor Suarez’s cousin, unbeaten strawweight contender Mark Anthony Barriga, had any advanced notice of.

“Charly is the one coming here; I was shocked he is telling me that he will turn pro,” said Jimenez, who will now manage and train him.

“I heard so many people that he is planning but I did not talk to him.”

Suarez had said he received numerous offers in the past to turn professional, including one from Top Rank, but only now had made up his mind to do so.

“I believe it is the proper time for me to turn pro now,” said Suarez, who will compete as a junior lightweight. Jimenez is eyeing a December 15 date for the fight, and says he is looking at possible venues. Suarez will accompany Jimenez and team to Los Angeles next week for Barriga’s fight against Carlos Licona on the Deontay Wilder-Tyson Fury undercard.

Suarez had been a member of the national team since 2003, when he qualified for the youth team by winning gold at the 2003 National Open. He made his debut at the World Championships in 2007 at Chicago, and narrowly missed the 2012 Olympics, falling one win short in the Asian qualifiers.

He realized his Olympic dream in 2016, but lost a split-decision to Great Britain’s Joe Cordina in his opening match at Rio.

Along the way he picked up gold medals at the 2009 and 2011 Southeast Asian Games, plus a bronze in 2017, and earned a silver at the 2014 Asian Games. He was left off the roster for the Asian Games this year, and had sat out of the ring for ten months following the Olympics to rehab from a shoulder injury.

Suarez has experience competing in longer bouts, having participated in the AIBA World Series of Boxing as a member of the Dolce & Gabbana Italia Thunder. There, Suarez faced Vasiliy Lomachenko in 2012, lasting the five-round distance on five days of notice, with two injured shoulders.

“I was excited because I know he is a good boxer, but for me that is my opportunity to beat him, or to fight with him. But you know I lost because I wasn’t myself, didn’t have good training,” Suarez told this writer in 2017.

Jimenez believes that Suarez can be fast-tracked to world title contention inside four or five fights, dependent on his progress.

“He is fit for the pros because he is so strong (with his) power punches, and he has a big heart,” said Jimenez, who also manages and trains IBF junior bantamweight titleholder Jerwin Ancajas.

Jimenez says he trained Suarez a bit on Tuesday and feels he’ll need just a bit of polishing for the pro ranks.

“Also, he must be defensive too,” said Jimenez.