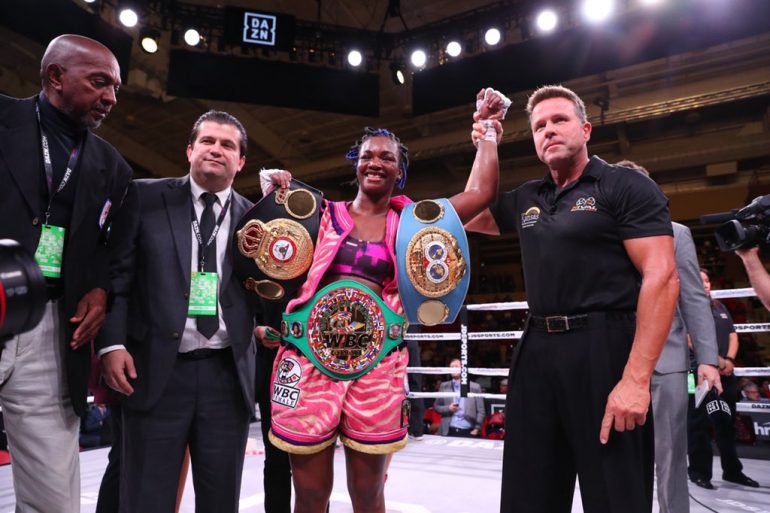 Claressa Shields had been expecting to face Christina Hammer tonight in what would have been a career-defining fight. After Hammer withdrew several weeks ago with an undisclosed medical condition, Shields had to settle for her sparring partner, Hannah Rankin, instead.

For 10 rounds, the two-time Olympic gold medalist Shields showed that she was a level above the tough but outclassed Scottish fighter Rankin, pounding out a 100-90 shutout across all three scorecards to retain her WBA and IBF middleweight belts, and add the WBC belt vacated by Hammer.

It was a master class performance by Shields in what was the co-featured bout underneath the Jarrell Miller-Bogdan Dinu heavyweight bout shown live on DAZN. But the 23-year-old from Flint, Michigan seemed to run out of time in the rounds just as she was nearing the stoppage win, or at least her first knockdown scored.

Shields (7-0, 2 knockouts) landed a right hand on Rankin near the end of the second round that thudded throughout the Kansas Star Arena in Mulvane, Kansas, and had nullified much of Rankin’s offense with an effective jab which set up counter punches and body shots. 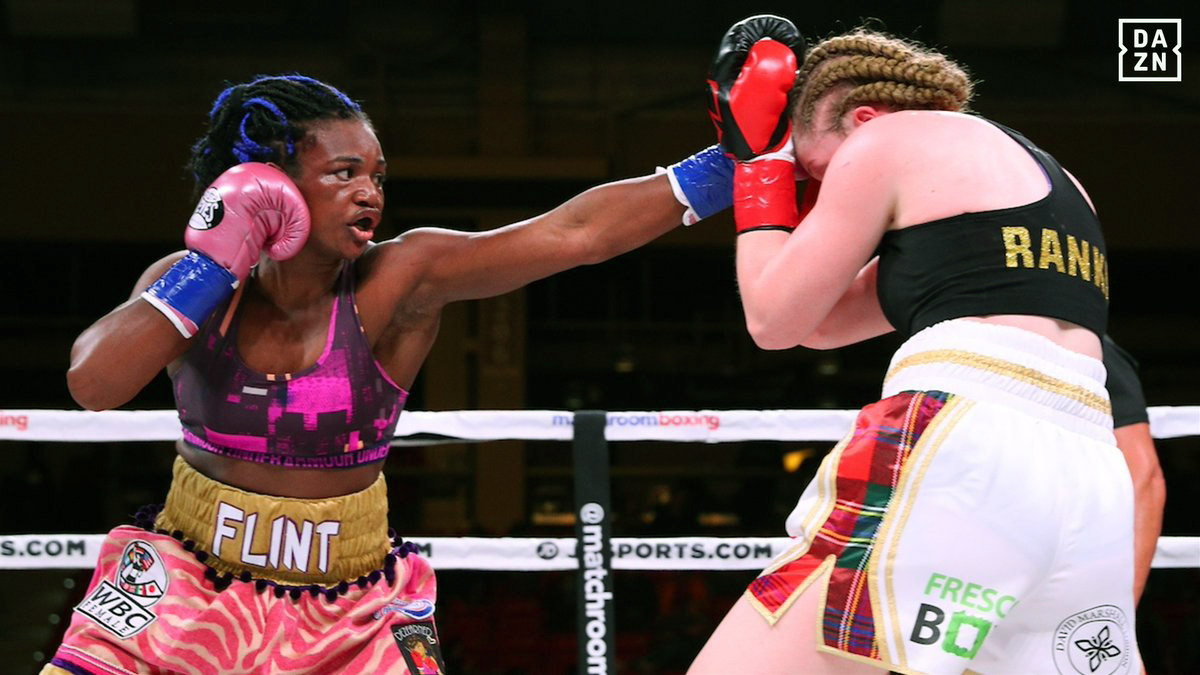 Rankin, a 28-year-old who plays and teaches bassoon as her day job in London, was coming off a defeat in her previous fight to Alicia Napoleon in August.

Shields says she expected Rankin (5-3, 1 KO) to be determined as nearly every fighter is at the championship level, and after a contentious, brief build-up to the fight allowed a slight compliment by saying Rankin has “potential.”

The dearth of opposition in women’s boxing above lightweight means Shields will have to look up and down the scales for meaningful fights, and she says the lightest she can go is for 154 pounds for a fight against undisputed welterweight champion Cecilia Braekhus.

“I am above the average, I am the greatest woman of all time, no matter if they like it or not, because there’s not a girl that can beat me,” said Shields afterwards.

“When you can get a girl that can beat me, then you can say I’m not. Until then, I am.” 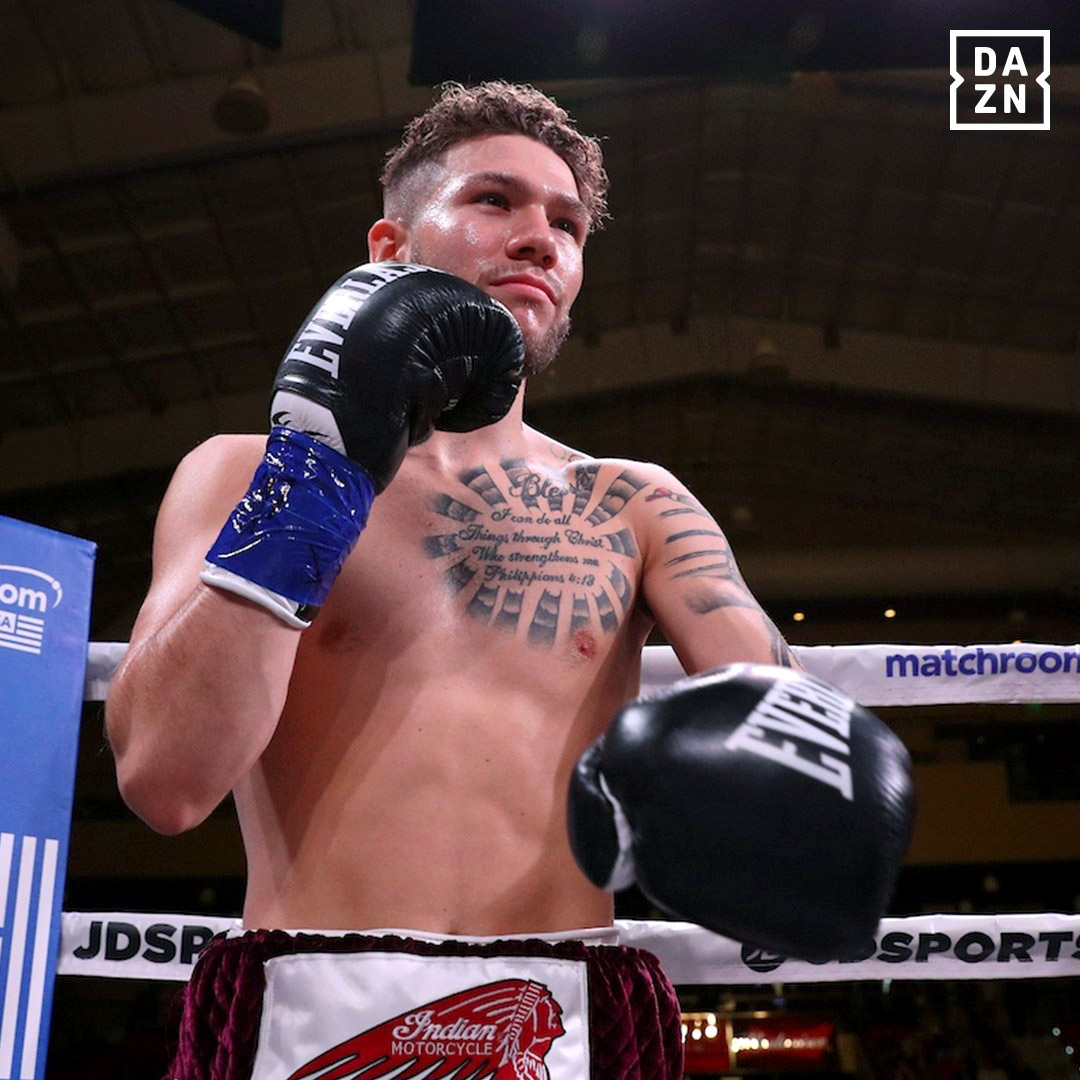 Before that, Nico Hernandez (6-0, 4 KOs) of nearby Wichita had a difficult puzzle to solve as he closed his second year as a professional with an eight-round unanimous decision over Josue Morales (8-8-3, 0 KOs). Morales, a five-time Houston Golden Gloves champion, was not easy to hit with his southpaw, peekaboo defense, but the 2016 Olympic bronze medalist began to find the openings by the fifth round with angles and activity, throwing 519 and landing 120 (23%) total punches, while Morales landed just 62 of 298 (21%).

Hernandez, three years younger at 22, has built himself into a local attraction, having fought all of his pro fights in his home state.

Hernandez wasn’t the only Kansas fighter on the card.

Brandon Rios may be closer associated with Oxnard, but he grew up in Kansas from the age of 2 and learned to box in the Sunflower State. The former WBA lightweight titleholder made his first start in his home state since 2009 an occasion to remember, pummeling Ramon Alvarez, the older brother of Canelo Alvarez, to a ninth-round technical knockout.

The 32-year-old Rios (35-4-1, 26 KOs) had Alvarez (27-7-3, 16 KOs) out on his feet after the eighth following a barrage of right hands along the ropes that knocked his head back. It didn’t take much after that to convince the referee to step in, with the finish coming just 38 seconds into the ninth. 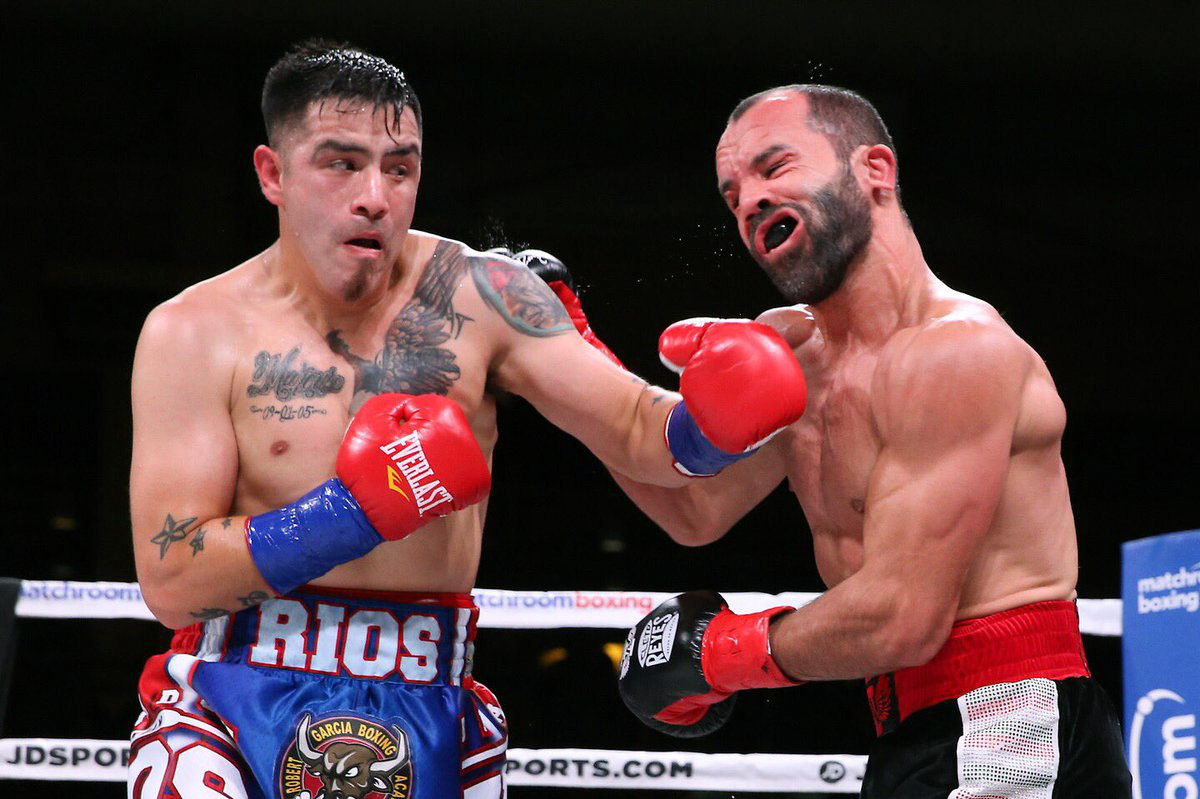 Rios was fighting for the first time since his ninth-round stoppage loss to Danny Garcia in February, while Alvarez had been unbeaten in his previous four against limited competition.

Just before the main card started, middleweight fringe contenders Gabriel Rosado and Luis Arias battled to a split draw in a twelve-round bout. Rosado (24-11-1, 14 KOs), competing for the first time in 13 months, was the boxer, while Arias (18-1-1, 9 KOs) pressed the fight with his heavier punches. The fight wasn’t the all-out war some anticipated, and the closest the fight came to a knockout was in the ninth when Rosado had Arias stunned by a pair of uppercuts early on.

Arias, whose last fight was his non-performance a year ago against Daniel Jacobs, came back well in the tenth and eleventh, but was cut by a headbutt midway through the twelfth and looked eager to just get to the final bell.