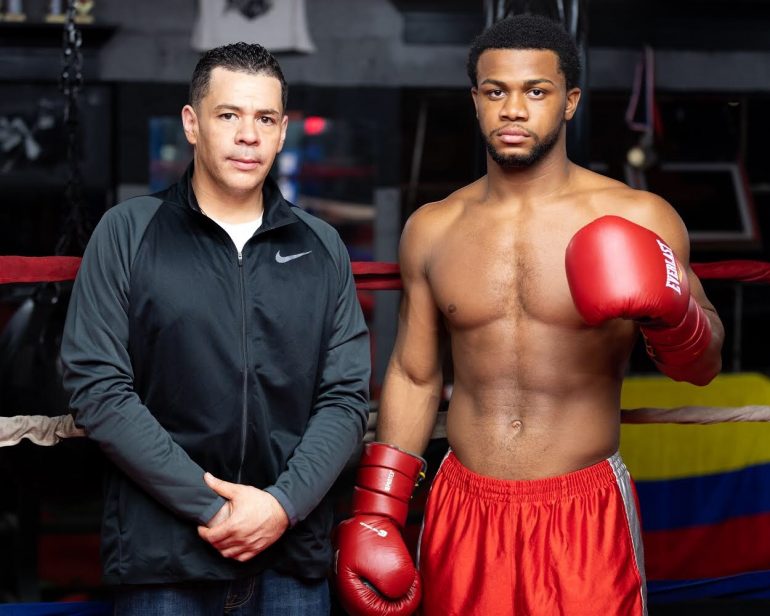 Former amateur standout David Stevens makes his long awaited professional debut tonight on the undercard of Jaron “Boots” Ennis vs. Raymond Serrano, which headlines on “ShoBox” at the 2300 Arena, Philadelphia.

Stevens will be facing Judd Brown (0-1), off TV, in a scheduled four-rounder at 195 pounds. However the Reading native, who fought at 200 pounds as an amateur, is working is way down to light heavyweight.

The opportunity to make his professional bow in Pennsylvania, his home state, adds extra luster to an already special occasion.

“I’m excited. I feel motivated and ready to start making my name, taking it to the next level and doing my thing,” Stevens told RingTV.com. “It makes things a lot better for more of my people can come and see me. I’m expecting a lot of fans to come watch me.”

Stevens, 18, went 65-9 as an amateur, winning junior national titles at the Silver Gloves, PAL and Ringside and, as a senior, he represented the United States and won two international tournaments. The heavy-handed youngster, who goes by the “Dynamite” moniker, was No. 5 in the world at heavyweight.

He would have been one of the favorites to represent America at the 2020 Tokyo Olympics but with the uncertainly on whether boxing would even be at the Olympics, he opted to make the early transition: “Start now while I’m young; get experience and take over the game.”

Stevens’ promise caught the eye of one one the best talent spotters in boxing, Cameron Dunkin of Now Boxing Promotions. Previously Dunkin discovered Kelly Pavlik, Terence Crawford, Brandon Rios, Diego Corrales and Nonito Donaire, as well as a slew of other champions.

“Stevens is one of the best – if not best – fighters in the amateurs,” said Dunkin. “One day I got a call from his trainer Andres Acuna and we started to talk and quickly worked out a deal. He is someone I had watched for a while and when the opportunity came up to work with him, I was excited to do so.

“He has so much promise. He’s lightning quick, hits like a train and has a certain awe that reminds me of a young Mike Tyson. This guy has a very high ceiling. He is not just champion of the world material but has pound-for-pound-type talent.”