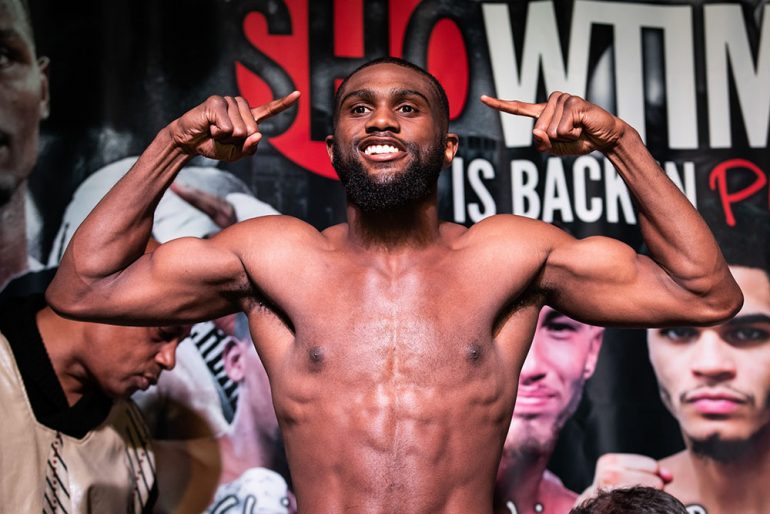 PHILADELPHIA — It’s easy to forget Jaron “Boots” Ennis is 21. He’s been popping speedbags and heavy bags in Philadelphia gyms since he’s literally been in diapers.

The talented Philadelphia welterweight carries the kind of understood quality all budding stars have. Ennis exudes confidence. It doesn’t matter who or where it is – opponents adjust to him, he doesn’t adjust to opponents. He’s quickly rising through the 147-pound ranks and hardly anyone wants to face him.

According to Derrick “Bozy” Ennis, Boots’ father, trainer and manager, 18 fighters were asked to step in with him for the Showtime ShoBox: The New Generation 10-round main event at Philadelphia’s 2300 Arena on Friday night. All 18 turned him down before local scrapper Raymond Serrano (24-5, 10 knockouts) finally accepted.

“That’s my man. Raymond Serrano used to come to my gym all of the time; he’s my people. But Ray first turned the fight down, then he took it,” Bozy said. “I didn’t really want to fight Raymond because we’re close, and I’ve known Ray since he was a kid. He’s from a good family. They’re good people. But this is a business. It gets real between the ropes.

“There were 18 people who turned this fight down. They don’t want anything to do with Boots. Ray called a few days later, after not accepting the fight. You’ll see a lot of stuff from Boots. He’ll switch hands. He has power, he has speed. The fans will only see more of it.”

Ennis (21-0, 19 KOs) has been moved an old-school way, facing different opponents who present various styles, gradually raising his profile. This will be the second consecutive ShoBox appearance for him after stopping Armando Alvarez in three rounds in July. Above all, Boots has been patient, an attribute that certainly doesn’t chime with his instant-gratification generation. 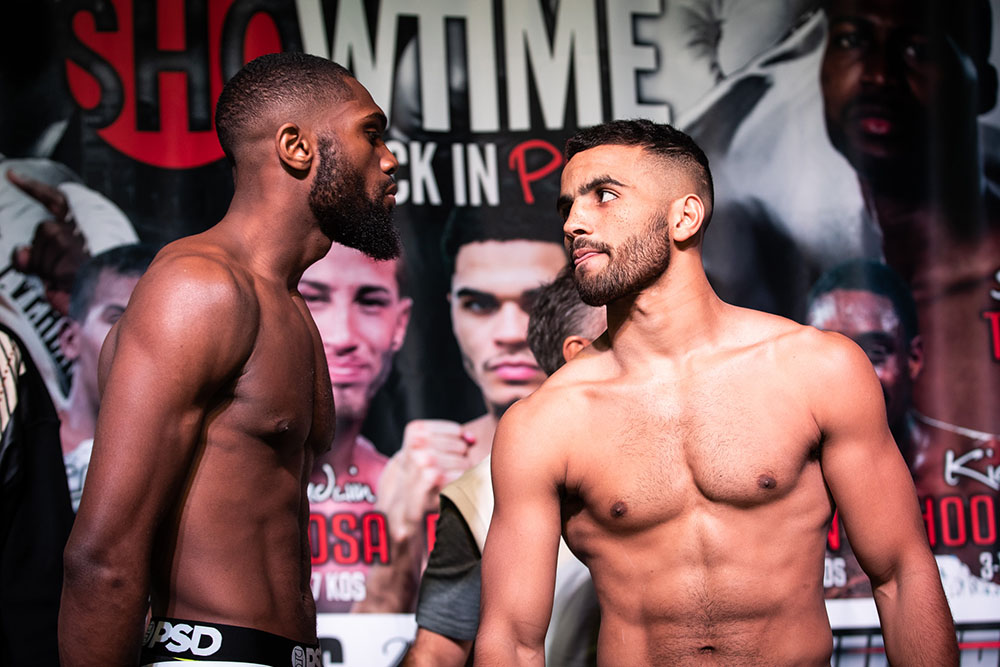 Ennis and Serrano weighing in the day before their ShoBox fight. (Photo by Amanda Westcott – Showtime)

“I’m in no rush,” Boots said. “After this fight, I’m going to the top. But I am 21. I want a belt in 2019. You can’t rush greatness. You have to take your time. I’ve seen too many guys rush in before they were ready to take a step and they were never the same. I’ve been around boxing since I was a baby. But I just turned 21 in June. I have time to get better and develop. I’m going to keep fighting, knocking them out and winning.”

Boots admits he doesn’t know much about Serrano, other than he was with his older brother, Derek “Pooh” Ennis, growing up as a kid, and that his father knows Serrano well.

Boots would rather keep it that way. It makes for less confusion. It also feeds the confidence he has in himself.

“I never watched any of Serrano’s fights. He’s going to have to adjust to me; that’s always my game plan,” Boots said. “I do know Serrano is a tough guy. He will come to fight, and with two Philly fighters in the ring, you know it’s going to be a great fight. I won’t say exactly what I’m working on, but I’ve increased my bag of tricks.

“My goal is simple: to get better with each fight. It’s the same goal I’ve always had. There’s no rush here. I plan on taking my time.”