Abigail Medina: ‘Tomoki Kameda is a great fighter. I’m happy for the opportunity’ 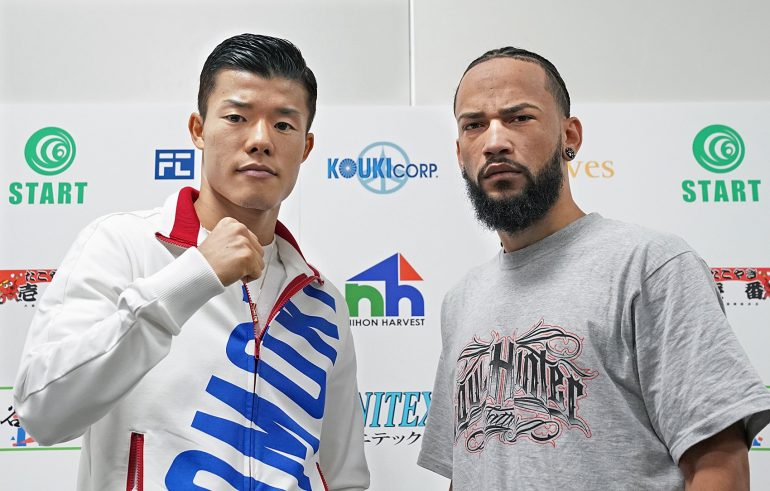 It was announced at last month’s WBC convention that European junior featherweight champion Abigail Medina and former bantamweight titleholder Tomoki Kameda would meet for the WBC interim belt at 122 pounds.

The opportunity came about when current titleholder Rey Vargas had complications during surgery and contracted pneumonia. That left the unbeaten Mexican sidelined for an undetermined amount of time, so it was decided that the two top-rated fighters would battle for interim status, with a view to facing Vargas upon his return. Thus, Medina and Kameda will meet at the famous Korakuen Hall in Tokyo, Japan, on Monday.

Medina (19-3-2, 10 knockouts) had been preparing to defend his European title against Jeremy Parodi. However, the 30-year-old Spain-based Dominican was only too pleased with the switch in opponent and he is coming to win.

“I’m very happy for the opportunity,” Medina told The Ring through his promoter/manager Javier Gallego. “After two years as a European champion this was the natural step. I come to Japan to win the (interim) title, not to make tourism.”

Kameda (35-2, 20 KOs) is on a four-fight win streak since returning to action following a 13-month layoff. His tools now sharpened, the 27-year-old former champion is a step up from the European competition his opponent has been facing.

“Tomoki is a great fighter, with Mexican style, but he can outbox you and move around the ring,” Medina said. “We have worked very hard for him and I’m sure that the job will give me a great result on November 12.

“A fight with Rey Vargas would be a dream for me, but at this moment I need to think only of Tomoki Kameda.”

Gallego of Gallego Prada Promociones is also pleased that his fighter has procured this opportunity.

“We were ready to get a big fight and Medina was training at a good level for several months,” said the manager. “We didn’t know if this opportunity was against Vargas, [Gavin] McDonnell or Kameda, but we are very happy to get this opportunity against a fighter like Kameda.

“He has a big name in boxing and we are sure that we can come back to Spain with the victory and the belt. Medina needs a big name on his record to enter in the big fights, and Kameda could be our road to this next level.”