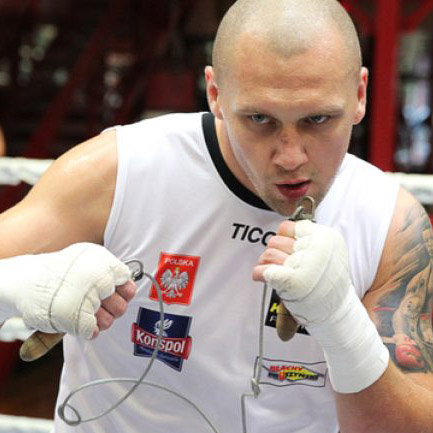 When the cruiserweight lineup was announced for the inaugural edition of the World Boxing Super Series, there was one glaring omission.

Krzysztof Glowacki was surprisingly missing from the eight-man field, but now that the single-eliminator tourney is featuring 200-pounders again in Season 2, he’s got his shot.

The former cruiserweight titleholder meets Maksim Vlasov in a quarterfinal matchup Saturday in Chicago, where a large Polish contingent will be on hand to support Glowacki.

“I am really glad to be in Chicago,” said Glowacki (31-1, 19 knockouts). “I am expecting a great fight with a lot of Polish people attending. We can both feel the fight is approaching, so you can feel the adrenaline.”

Glowacki isn’t even the best cruiser competing Saturday. That honor belongs to Mairis Briedis, who gave Ring champion Aleskandr Usyk all he could handle in a split-decision loss in the World Boxing Super Series semifinals.

He proved in that performance that he’s a threat to beat anyone, and now he’s back in Season 2 as the clear-cut favorite to claim the Muhammad Ali Trophy. Briedis (25-1, 18 KOs) meets Noel Mikaelian on Saturday’s undercard.

“This is sport, this is boxing and we are going for new goals,” said Briedis, a former titleholder himself. “I predict a good show and very good boxing.”

When the dust settles next year, it would be far from a surprise if Glowacki and Briedis are the two men left standing.