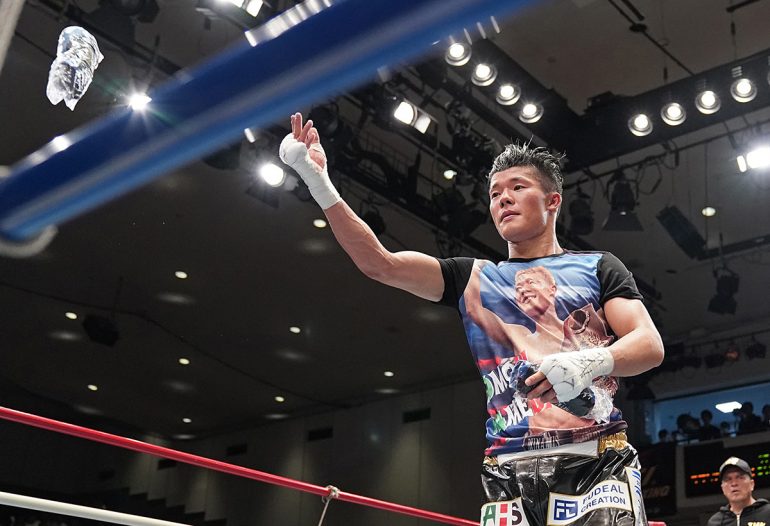 It was only a matter of time before former bantamweight champion Tomoki Kameda found himself back in the title picture. It just took a little longer than expected.

It’s been three and a half years since back-to-back losses to Jamie McDonnell. Kameda had held the WBO 118-pound title at the time, but relinquished it rather than defend it for a fourth time in order to secure the McDonnell clashes, in which McDonnell’s WBA “regular” title was at stake. The opportunity to fight in front of American audiences and challenge a more recognizable opponent was a luscious opportunity that Kameda wouldn’t pass up.

After taking a year-long break, Kameda returned to action and has since rattled off four wins in a row. The confidence and bravado we know “El Mexicanito” for returned in earnest this past August when he jumped into the ring to challenge TJ Doheny after Doheny successfully lifted the IBF junior featherweight title off of Ryosuke Iwasa at Korakuen Hall.

There was strong interest from both sides in a fight until Kameda agreed to take on Medina. Kameda told The Ring that “After negotiating with the other champions, no deals seemed imminent, as conditions laid out by my manager weren’t agreed to in a timely manner, so we accepted the offer from the WBC for the interim title opportunity.”

For reference, Rey Vargas is currently the WBC titleholder but has been sidelined by a hand injury.

The division is ripe with talent, including one standout in particular, Isaac Dogboe who currently holds the WBO title. Kameda was unwilling to give his take on the other champions, telling The Ring: “I don’t personally know who’s the strongest in the division. I am just going to concentrate on becoming the WBC champion.”

Focused squarely on his own career, Kameda has made alterations to his training and routine. “I have a new special trainer named Mr. Tada. My body feels much better as I’ve been making significant progress under Mr. Tada’s tutelage. We’re in the gym day in and day out, working hard and fine tuning our mechanics to prepare for another title opportunity.”

Proper training and focus are key components to any fighter, though in the case of Kameda it’s a way of life for his family. When Kameda was last champion, so were his older brothers, Koki and Daiki. They were hailed by many as the first trio of brothers to ever hold world titles at the same time, though Koki’s title was the secondary belt later worn by McDonnell. “We’re living separately now, but we trust each other.”

After having made history in respect to his family’s achievements, Kameda is thinking much bigger now. “Comparing all professional sports in Japan ,the popularity of boxing is increasing every year. Unlike baseball or soccer, its popularity is still relatively low. After becoming the WBC interim champion, I hope I will be able to make further contributions to its popularity in Japan.”

To his opponent, Kameda had more of an encouraging and upbeat tone in his message, a stark contrast to what we saw and heard from him in August. “Let’s keep training hard and have the best fight possible next week in Tokyo!” It looks like Kameda is happy to have finally gotten what he was looking for from Doheny: a shot.