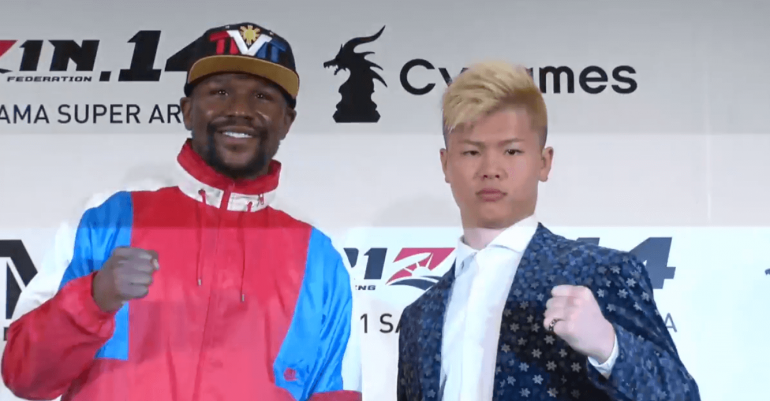 Floyd Mayweather is ending yet another retirement.

In a surprise news conference Sunday evening in Japan, it was revealed that Mayweather will return for a fight against Tenshin Nasukawa on December 31 at the Saitama Super Arena in Saitama, Japan. The bout will headline an event produced by Japanese MMA promoter Rizin Fighting Federation.

Mayweather (50-0, 27 knockouts) hasn’t competed since a 10th-round knockout of UFC superstar Conor McGregor in August 2017. The novelty fight came in a boxing ring, and it’s unclear how Mayweather’s fight with Nasukawa will be contested.

“Money” Mayweather, 41, was in Tokyo in September when he ran into his former rival, Manny Pacquiao, at a music festival. The two exchanged words about a rematch, and Floyd later hinted he would stage a tune-up of sorts in Asia.

Nasukawa is an undefeated 20-year-old kickboxer with a 27-0 kickboxing record and a 4-0 MMA record. New Year’s Eve in Japan is one of the country’s biggest nights for boxing; the holiday is traditionally stacked with a card featuring multiple world title bouts. A 115-pound title tilt between Donnie Nietes and Kazuto Ioka is already planned for December 31.

Exactly what this all means remains to be seen, but one thing seems certain: Mayweather is back again.