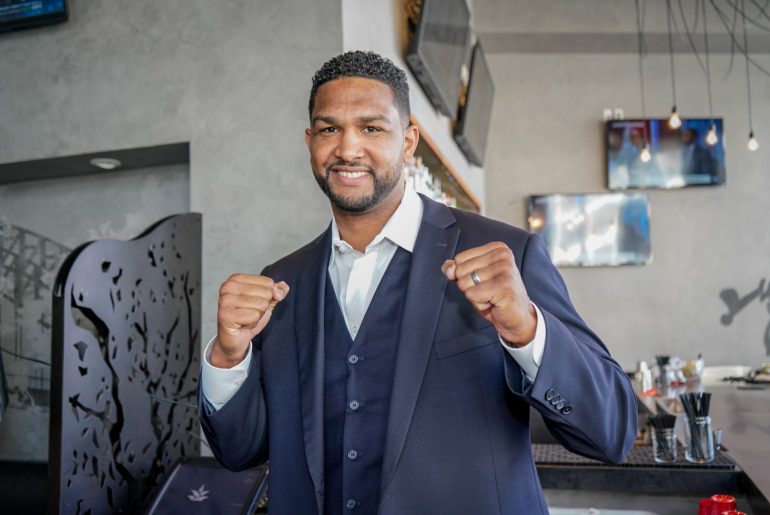 BEVERLY HILLS, Calif. — It’s no secret that Dominic Breazeale and Deontay Wilder hold great distaste for one another.

It all dates back to February 2017, when the pair of heavyweights shared a PBC on Fox card. Wilder knocked out Gerald Washington in the fifth round, while Breazeale scored his own fifth-round KO of Izu Ugonoh after being dropped earlier in the bout.

Afterward at the fight hotel in Birmingham, Alabama, the big men were involved in an altercation. Breazeale claimed then that “Wilder and a mob of about 20 people unprovokedly attacked my team and my family in the lobby.” He’s pined for revenge in the form of a shot at Wilder’s heavyweight title, a bout he expected to take place this fall.

Instead, Wilder is head for a high-profile showdown with lineal heavyweight champ Tyson Fury on December 1 in Los Angeles. A few weeks later, Breazeale will meet Carlos Negron on December 22 in Brooklyn, New York, in the opening bout of a PBC on Fox tripleheader.

Breazeale (19-1, 17 knockouts) is the WBC’s No. 1 contender, so it’s only a matter of time before he earns a second crack at a title. If Wilder turns back Fury, the fight against Breazeale could be his next outing, and that’s exactly what the contender is hoping for.

“I’ve been ready to fight Wilder since last November,” Breazeale, a 2012 Olympian from Southern California, said Friday during a session with reporters. “I think he’s going to try to avoid me as much as possible. If somebody told me I had to fight Dominic Breazeale, I would do the same thing, I don’t want to fight myself. It’s a daunting task.”

Breazeale has rebounded nicely since his lone professional defeat, a seventh-round TKO to Anthony Joshua in a 2016 title bid. The 33-year-old stopped Eric Molina in November 2017, and now he’s preparing for a bout with another solid opponent.

Negron (20-1, 16 KOs) has won his last nine bouts inside the distance, and he’s a big heavyweight at 6-foot-6. Breazeale said he’s specifically fight an opponent of that height in preparation for Wilder, who stands tall at 6-foot-7.

Breazeale is going to grab his title opportunity one way or another as the WBC’s mandatory challenger. But it’s obvious whom he wants that shot to come against.

“My main focus is on this fight and securing the title shot,” he said. “I’m preparing for Carlos Negron like he’s Deontay Wilder. I would be a little upset if Tyson Fury wins because I really want to face Wilder.

“I know that I’m a contender in the heavyweight division. I came up short against Anthony Joshua, but now I have a beautiful opportunity to go after the WBC title. I’m not letting anyone stand in my way.”