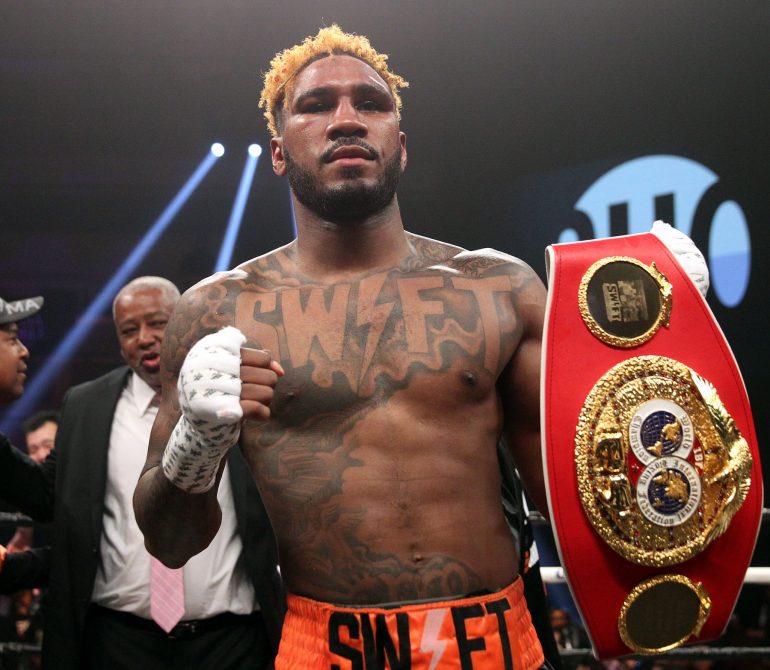 Jarrett Hurd, one of the sport’s most exciting fighters, is ready to return to the ring.

The unified junior middleweight champion underwent surgery in June to repair a torn left rotator cuff suffered during training for his bout with Erislandy Lara. Hurd (22-0, 15 knockouts) went through with the bout anyway and won a decision in the leading candidate for fight of the year.

He’ll return December 1 in Los Angeles on the Deontay Wilder-Tyson Fury Showtime pay-per-view undercard, as first reported by The Ring. The opponent: Jason Welborn of England, a domestic-level fighter who is coming off consecutive victories over Tommy Langford.

The bout with Wellborn (24-6, 7 KOs) is a precursor to an eventual unification matchup with Jermell Charlo in 2019. Charlo fights a few weeks later against Tony Harrison, lining each man up for the highly anticipated bout which will crown a new Ring champion at 154 pounds.

Also on the televised undercard: heavyweights Luis Ortiz and Joe Joyce in separate bouts. Ortiz, The Ring’s No. 3 heavyweight, will fight Travis Kauffman. The 39-year-old Cuban will be fighting for the second time since the first defeat of his pro career, a 10th-round knockout at the hands of Wilder. Ortiz (29-1, 25 KOs) scored a second-round KO of Razvan Cojanu in July.

Joyce (6-0, 6 KOs) will fight in the U.S. for the second time in a matchup with Joe Hanks. The British heavyweight is sparring with Fury in Big Bear, California, and he’s hoping to chase a title opportunity in 2019.