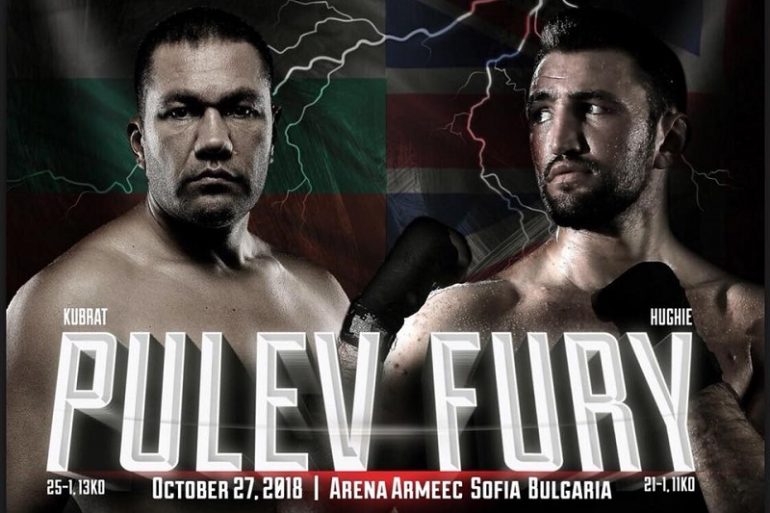 Kubrat Pulev showed no signs of ring rust returning from an 18-month hiatus to outpoint Hughie Fury in a meeting of once-beaten former heavyweight title challengers. This was an IBF final eliminator, hosted in front of a partisan crowd at the Arena Armeec, Sofia, Bulgaria.

The fight started started slowly with both men tentative from the start. The first big moment came in the final moments of the second round when the Bulgarian landed a strong jab that re-opened a previous training injury to Fury’s left eyelid.

The injury threatened to curtail the action before the fight had really started. Thankfully cutman Kerry Kayes did an outstanding job throughout, preventing the cut from becoming the story of the fight and even stopped the bleeding.

Pulev, 13 years Fury’s senior, at 37, weathered what Fury threw at him and used his experience to push the traveling man onto the backfoot, where it was always going to be difficult for him to come back from on the road.

By the mid-rounds, Pulev, who weighed 240.5 pounds, his lightest in several years, had edged ahead though several rounds looked close. His greater activity and excellent jab kept him in control.

Although Pulev was landing and pushing Fury – 236 pounds, his heaviest since February 2014 – back more often, he was given a warning that he had to be careful, when Fury landed a right hand, catching the Bulgarian national hero coming in, forcing him to retreat and cover up.

To his credit, Pulev rebounded in a strong ninth round, schooling the younger man for much of the frame.

As the rounds passed, it was clear that Fury needed the knockout to win but he also looked the more tired of the two, often taking solace on the ropes, hoping to time Pulev, who was too worldly for that.

At the conclusion of the contest Pulev was rightly awarded the decision. He goes on to a second world title opportunity in 2019, while Fury will have to rebuild. At just 24, he has time to do just that but will need to improve if he is to successfully operate at world level.