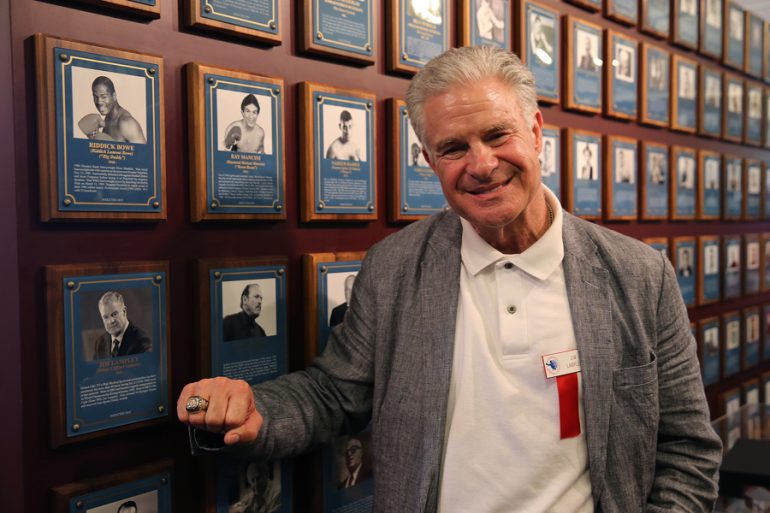 Mass media is not shy about dumping the “old” and trotting out the “new,” putting a newer and shinier model front and center to replace one with some dents and dings, even though it’s still running on all cylinders.

In boxing, we are less likely to see age and wisdom being dissed and dismissed but, now and again, we do see instances in which an elder statesman is defenestrated so the newer blood can move to center stage. I get it. Younger voices can be lumped into the “diversification” category. Do we all think the nation’s stewardship would be WORSE off if fewer 70 and 80-year-old persons served in Congress and, instead, younger people, who maybe understand the difficulties in leaving school with a ballooned debt of $100,000 hanging over their heads were in charge?

However here’s a more concrete one: Jim Lampley has been associated with HBO Boxing since 1988, when he called Mike Tyson vs. Tony Tubbs:

The North Carolina native is 69 years old, so his immediate future in the industry isn’t cut and dried. I welcomed Lampley on the latest edition of the Everlast “Talkbox” podcast and put it to him. Has he called his last fight ringside? I told him I certainly hope not…

“Um..,I don’t know,” he replied. “There’s a yin and a yang to everything. And there’s every reason for me to hope emotionally that I’m not finished doing this thing I’ve loved so much to do and which has proved so beneficial to my career and my existence. But on the other hand, in the business world, I have a functioning relationship with HBO, which is very positive for me and I have just as strong an emotional bond with HBO as I have with boxing. So for the time being, I have things that I can do at HBO. I’m invited to be a part of the new direction for our division and possible new destinies for our division. And if I can continue to function at HBO and achieve new professional goals and be satisfied by them the same way I’ve been satisfied by calling boxing matches, that’s fine with me. And I’ve known for a long time that a moment might come, probably would come when my career would morph from being on the air and being in front of the camera to being more of a producer, more of a content provider. I’ve made moves toward that in the past, at HBO, and what’s happening now seems to be the universe providing a very clear avenue and a message to me that now is the time. So at this moment, my focus is continuing to do positive things for HBO, most particularly HBO Sports, and seeing where that leads. But if at some point in the future, it becomes positive, rewarding, meaningful and logical for me to look at the possibility of calling fights, then I’ll take a look at that…It just doesn’t have to be in the focus right now because, right now, I’m extremely excited and positive about being under the banner of HBO.”

So there you go…

In his erudite manner, Lampley says he’s going to be sticking at HBO, in a producer role, and thinks that will be fruitful for a spell. Beyond that he will close no doors on returning to what he is best known for.

Listen to the whole podcast here.