Guillermo Rigondeaux links up with PBC, will campaign at 122 pounds 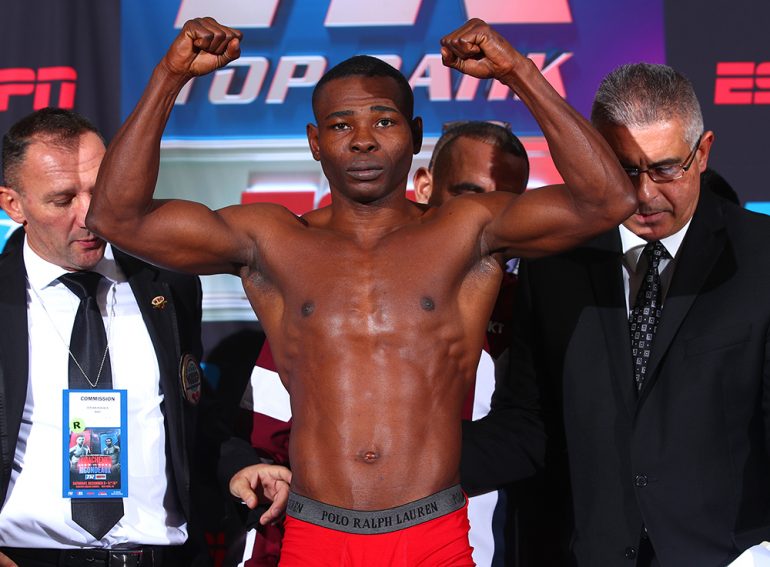 Manny Pacquiao isn’t the only former Top Rank fighter to link up with Al Haymon.

Guillermo Rigondeaux, free and clear from his contract with Roc Nation, will resume his career under the Premier Boxing Champions banner.

The two-time Olympic gold medalist is now being advised by Haymon, sources told The Ring, and his return is being plotted. It could come as early as December 1 on the undercard of Deontay Wilder vs. Tyson Fury, according to a source. Rigondeaux (17-1, 11 knockouts) hasn’t competed since he moved up two weight classes to fight Vasiliy Lomachenko in December.

The size disparity — and Lomachenko’s other-worldly skill (he’s The Ring’s top pound-for-pound fighter — were far too much for Rigo, who wasn’t competitive in the highly anticipated fight. He retired on his stool following the sixth round, but now he’s preparing to re-establish himself as one of the best boxers in the game.

The 38-year-old Cuban will once again campaign at 122 pounds, a division he reigned over for the better part of the past decade. His sublime boxing ability and incredible defense carried him to wide-points victories over fighters like Nonito Donaire, but the style did little to endear him to fans and network executives.

Now backed by Haymon and a cadre of available dates on both Showtime and Fox, Rigondeaux will have a chance to prove he still has plenty left in the tank.