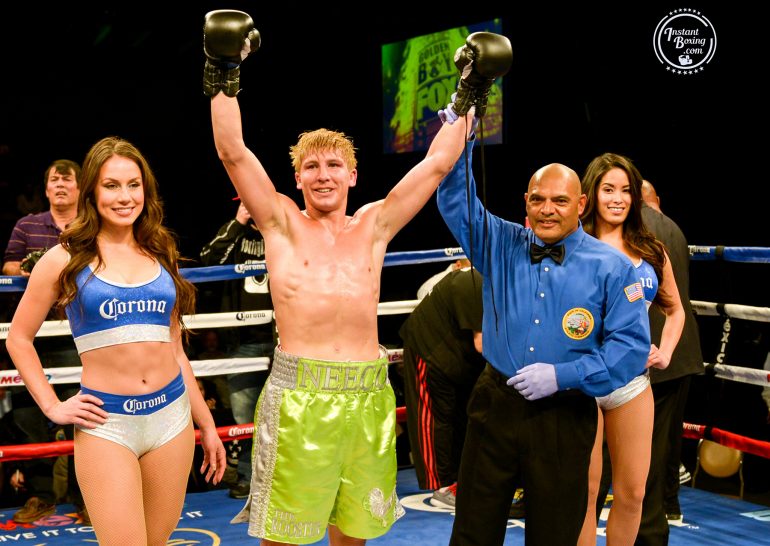 The 10-round bout will take place at the Fantasy Springs Resort Casino in Indio, California and will air live on ESPN2 and ESPN Deportes (11 p.m. ET/ 8 p.m. PT).

This is a crossroads matchup between two fighters who throw an abundant amount of punches and make for fan-friendly fights.

The 27-year-old Macias (17-0, 10 knockouts), who recently signed with Golden Boy Promotions, scored a stoppage win in his last bout on Sept. 1, when Marvin Cabrera remained on his stool after the sixth round. According to CompuBox, Cabrera threw a whopping 219 punches in the fifth round alone, a record for junior middleweights.

“Fighting a great fighter like Soto Karass is so amazing,” said Macias, who is from the Los Angeles suburb of Lancaster. “I have to do all the preparation I did for past fights and more. Training hard is automatic in my preparation for fights, but now it’s a must to train harder than ever.”

Soto Karass (28-13-4, 18 KOs), who resides in the Los Angeles suburb of North Hollywood, has not fought since Nov. 2, when he was stopped in eight by Juan Carlos Abreu.

The 36-year-old veteran has lost five of his last six fights but has faced much better opposition, including Keith Thurman, Marcos Maidana, Andre Berto, Devon Alexander and Yoshihiro Kamegai twice.

Soto Karass, who has begun work as a trainer, believes his experience and aggression will be the deciding factors when he faces Macias.

“Neeco Macias will be facing a great veteran, a warrior who always gives everything in the ring. We will see what this ‘Rooster’ (Macias’ nickname) is made of.

“I’ll continue as a coach and manager. I won’t be leaving the sport of boxing.”