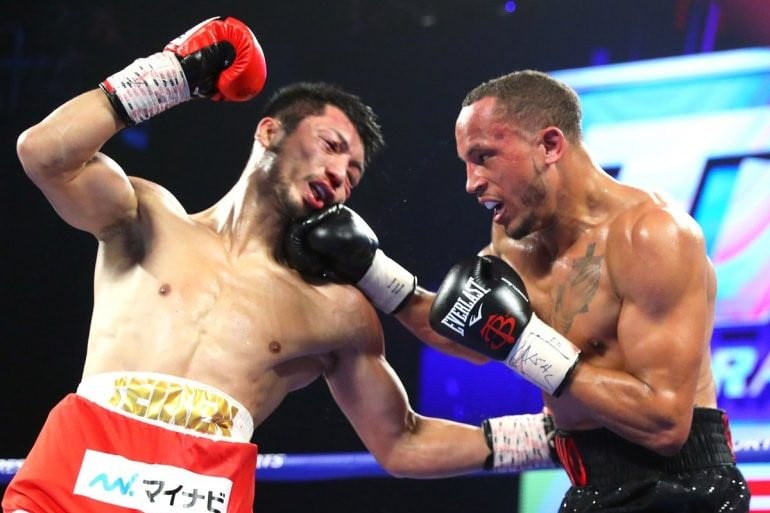 It’s no secret as to what was on the line this past weekend for both Ryota Murata and Gennady Golovkin. Perhaps the biggest fight in Japan since Mike Tyson versus Buster Douglas was set to grace the historical Tokyo Dome and fill the rafters, with tens of millions more watching not only across Japan, but worldwide, when Japan’s middleweight gold medalist fought ‘GGG.’ The promotional plan alone was going to be in the millions, easily blowing away the 2-3 million that DAZN Japan invested in advertising and marketing for the Rob Brant fight, and not including what Top Rank and ESPN+ put forward. The fight was going to be an international event.

The wheels had been put in motion last October when Ryota Murata was gearing up for his fight with Hassan N’Dam, which secured him the WBA ‘regular’ title belt, putting him in quasi mandatory positioning for Golovkin’s “super champion” title. Bob Arum was on hand co-promoting the event for Top Rank, alongside Teiken Gym president, Akihiko Honda – who promoted both of Mike Tyson’s Tokyo fights (the other being Tony Tubbs). There were dozens of interviewers and questions coming from Japanese media with Arum excitedly telling everyone who asked that it was his dream to promote a fight in Japan and that he wanted to do it in the form of a Murata-Golovkin, in partnership of course with Mr. Honda and Tom Loeffler, both of the fighter’s main promoters.

Had everything truly gone to plan, the fight would’ve happened by now. Murata was supposed to have defeated N’Dam in May of last year but was robbed of the decision before defeating him in the rematch. Golovkin meanwhile also had his plans change when his first fight with Canelo Alvarez went sideways in an unexpected decision that also had more than its share of questionable judging.

A Golovkin-Murata fight could’ve been possible for winter 2017, or in the early spring of this year had a rematch with Canelo not been so necessary. As events unfolded, the Canelo rematch (originally set for May) was cancelled, and what could’ve been a strong financial gain for the Golovkin team, in either the proposed Vegas rematch or a Tokyo spectacle with Murata, was replaced by a last minute substitute fighter, Vanes Martirosyan. It wasn’t even possible for Golovkin’s team to delay their fight schedule and take on Murata as he was just coming off a TKO performance against Emanuele Blandamura the previous month.

A plan to pit Golovkin against WBO champion Billy Joe Saunders in June for a full scale middleweight title unification fight was also scuttled as Canelo’s Golden Boy representatives threatened not to make the rematch should Golovkin fight that summer as they felt a lengthy promotion could be interrupted. Backed into a corner and wanting to get the most for his prize fighter, Tom Loeffler relented and made the Canelo rematch for September, believing again that Golovkin would come away victorious.

At the same time, ugly contractual and mandatory negotiations went on between Murata’s team and several fighters, including Rob Brant. Teiken promotions was actually willing to let Murata vacate the belt rather than take short money. Instead mandatory obligations from the WBA followed and the Brant fight was finally agreed to.

After Golovkin lost the decision to Canelo, the first nail in the coffin of what was supposed to be the pinnacle of the continued renaissance of Japanese boxing occurred. Murata described his feelings as being what Naoya Inoue must’ve felt when Inoue’s proposed fight with Roman Gonzalez, in what would’ve been an HBO main event for his U.S. debut, was cancelled when Srikaset Sor Rungvisai won a close decision over Gonzalez in New York City.

But why was a Murata fight going to be so successful in Tokyo in the first place?

The sport of boxing in Japan takes a backseat to baseball, among others, as much as it does in the U.S., although the reasoning is a little more complex in a cultural sense. A country that prides itself on respect had a hard time connecting with or ignoring the often negative connotations surrounding boxing. Japan Amateur Boxing Federation (JABF) President Akira Yamane resigned in August after his ties with a former gang leader affiliated with the Yamaguchi-gumi criminal syndicate, the largest Yakuza outfit in the country, caused public outrage.

Kazuto Ioka, a boxing star in Japan with a large following, not as massive as Murata’s but star status nonetheless, no longer fights in his home country because his father’s yakuza activity caused his gym to be closed. Ioka, in part because of what we’ll say was family drama, actually retired until returning on Tom Loeffler’s SuperFly card last month.

Ryota Murata was changing all of those outlooks. His charismatic and handsome appeal to sponsors and fans alike, coupled with his college education and love for reading, portrayed what the Japanese culture loved and respected most. A clean-cut, humble, hardworking, and smart, family orientated athlete was making his way to the top without any shortcuts or misgivings. This is all in conjunction with the fact he’s also a national hero for winning a gold medal in the Olympics. He was someone you would want your kids to look up to as you happily smiled at his success. He was hope for boxing.

A cynic reading this article might point to Naoya Inoue as the rightful superstar in Japan. While his international star is rising, and he truly may be the best Japanese fighter ever when all is said and done, Inoue’s exposure to the Japanese public is barely a glimmer in the eye as to what Murata has accomplished. And that’s not a slight towards Inoue, it’s just a fact that sponsors and therefore people, have a hard time lining up behind boxers.

A long silent sigh fell over Japanese boxing throughout the 12 rounds that saw a historical performance (second most punches ever recorded in a middleweight fight) from Rob Brant. This boxing fairy tale has ended on the heels of delays, bad scorecards, and unexpected losses. The Japanese public will now look to Inoue and the return of Ioka for leadership in their sport.

While it won’t be a monetary loss for this writer, much like it will be in the literal tens of millions of dollars to others, it would be remiss not to say I’m disappointed that the Tokyo dream fight didn’t come to fruition. Almost exclusively covering Japanese boxing, this writer, along with others in the industry, have been quietly talking about a Golovkin-Murata fight for over a year and waiting for the stars to align. Not yet feeling the impact of the loss from a professional standpoint as post-fight activities keep you moving, I was finally hit with the impact of the defeat when I saw Golovkin’s promoter Tom Loeffler in the casino afterwards. Remembering a conversation we had previously had, he said to me “Well I guess you won’t be taking me out for that sushi in Tokyo.”