Kiko Martinez: ‘I can’t lose this fight against Marc Vidal’ 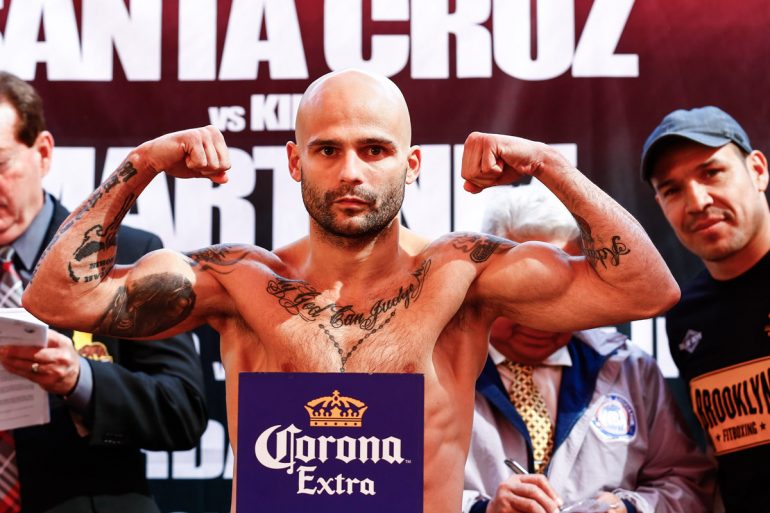 The two met last May and their bout ended prematurely, due to Vidal sustaining cuts from an accidental head clash. The pair were initially scheduled to meet in late September but the fight was eventually postponed for a month.

Martinez was the European 122-pound champion and also held the IBF junior featherweight title from 2013 to 2014. He hopes to add the European title at 126 pounds to his resume, which, in turn, could open the door to another world title opportunity.

“I’m looking forward to the fight,” Martinez told RingTV.com through Oscar Zardain. “The last time I was winning clearly but the doctor stopped it.

“I was beating him, without the slightest doubt. The fight is on YouTube; everybody can watch it. I cut (Vidal) twice very soon in the first round. The first cut was for sure a legal punch; the second one some people said that was a headbutt. Anyway the first cut was the dangerous cut and I should have won by technical knockout. I am not happy with the decision but it is what it is. Thanks to God, I now have the rematch.

“I am training as always. My second daughter was born in early September and I want to celebrate it with a new victory.”

The heavy-handed 32-year-old Spaniard knows he can’t afford any slip-ups and victory is imperative if he is to have future world title opportunities.

“I can’t lose this fight,” Martinez said. “A defeat is not in my mind. I want to be European champion once again, in a second division, and then fight for a world title. I won the fight against (Josh) Warrington in spite of what judges saw and he is now the (IBF) world champion. I want another big opportunity.

“I know that a lot of people think that I am old but I am bald, not old. (laughs) I am 32 years old and I feel great, perfect physical condition and lots of experience. I need another big fight as soon as possible.”

Martinez is promoted by Maravilla Promotions, headed up by is his longtime friend, former world middleweight champion Sergio Martinez. “Maravilla” echoes Martinez’s comments on the need to push on for another world title fight.

“At this point of his career, this is his the most important fight because (Martinez) can’t lose,” said the former boxer-turned-promoter. “He is well rated in the WBC (No. 11) and a victory can put him in the Top 5 or Top 7, close to a new world title shot or an eliminator fight. I love Kiko; he is like my little brother and we are working hard to put him in a big fight once again.”