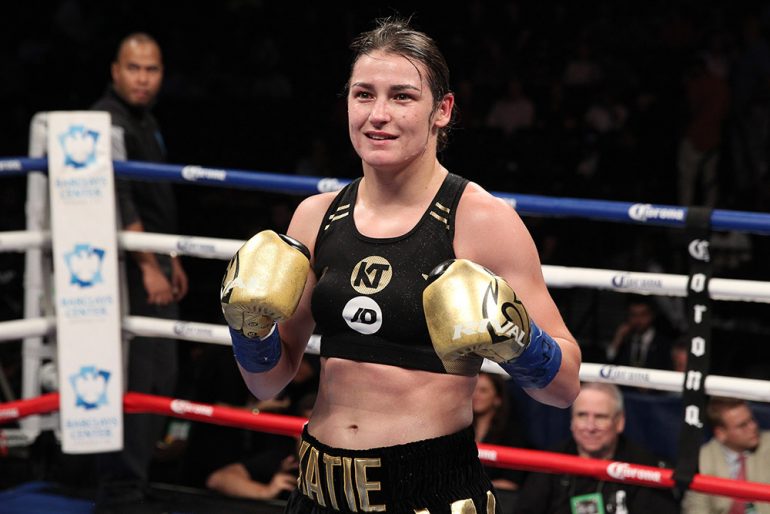 Photo by Ed Diller / DiBella Entertainment
20
Oct
by The Ring

Taylor came out applying conservative pressure but only gained momentum as the rounds rolled by, gradually unpacking an array of punches that were overwhelming Serrano by the middle of the fight and had her in survival mode in the last few rounds. The 37-year-old former featherweight titleholder simply had no answer for Taylor’s skills and the intensity of her attack.

Taylor, a popular 2012 Olympic gold medalist, clearly wanted to end the mismatch with a knockout and pursued it relentlessly with what seemed like 10 times the volume of Serrano’s punches, but Serrano survived by trying to smother Taylor and boxing in reverse – which in the seventh round drew an uncharacteristic bit of showboating from Taylor as she put her gloves behind her back and challenged the challenger to hit her.