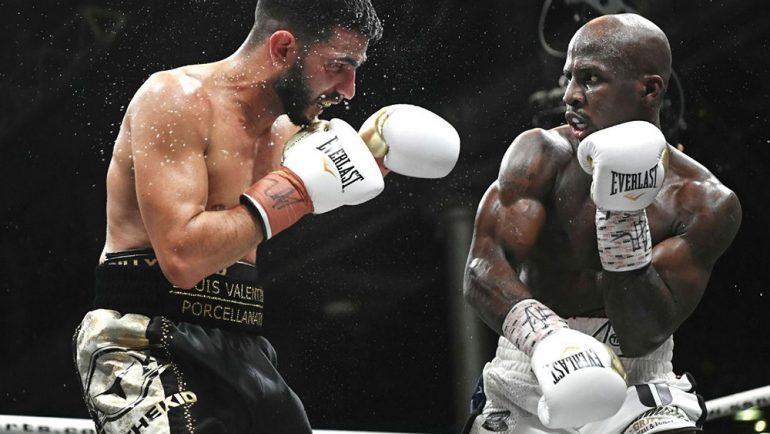 Cherry Hill, NJ – Tevin Farmer has come to appreciate the simple things – simply because, throughout much of his career, he’s never had them. His boxing life has mostly worked around the schedules and lives of other fighters, rearranging things on their time, being able to move and be ready on a phone call’s notice.

So please excuse the “American Idol” for each time he stretched out every morning last week, enjoying the small, creature comforts of his own bed. He’s trained in his own gym, worked at his pace, dictated his own times and vowed not to alter his body clock for anyone but himself and trainer Chino “Bambino” Rivas.

For a change, Farmer (26-4-1, 5 knockouts) is the A-side in his first title defense. He’s the one being catered to and will carry the valued bauble of a major sanctioning body into the ring Saturday night against fuzzy-faced Englishman James Tennyson (22-2, 18 KOs), at the TD Garden in Boston, Massachusetts, on DAZN, in support of the Demetrius Andrade-Walter Kautondokwa fight for the vacant WBO middleweight title.

This time Farmer is traveling a couple of hundred miles by plane, not taking a 20-hour flight to Australia, like he did when he won the vacant title against Billy Dib in August.

“This does feel good,” admitted Farmer, who arrived in Boston on Tuesday. “Since I began boxing, I’ve always been the underdog. I was always the guy who was the B-side, fighting in the other guy’s backyard, and expected to lose. Everything was against me. I worked extremely hard to where I am today and now I like it.

“I’m doing things my way. I had to take little money and I want to put these other fighters what I went through. I was the one making the calls on my hustle. Now everyone is calling me. I know; I know. It’s a small thing but I got a chance to wake up in my bed with a major fight coming up and not wake up in some fleabag, $40-room-a-night motel.

Farmer promises to be more explosive. He says he doesn’t know much about Tennyson, other than he’s tall and that he’s been stopped twice. 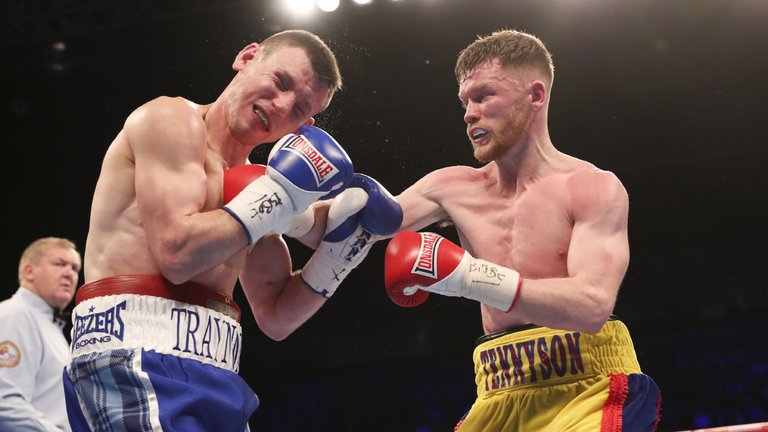 “Other than that, I don’t know much more, other than he’s supposed to be a strong puncher,” Farmer said. “I won a major title. I know there are guys out there that still don’t respect me. That’s fine. Everyone gets a rude awakening. When they get their ass kicked, they wish they never got in the ring with me.

“Honestly, I don’t give a s— if people still look at me as a club fighter or not. I’m going to keep doing me and continue to prove that you don’t become a world champion for no reason. Where I came from in boxing, I worked for it. No one handed me anything and I’m not going to give it back.

“If I get through this fight healthy, I’m definitely looking to get back into the ring this year again.”

Rivas has Farmer in the best shape of his career. This is the best camp Farmer has had, since he fought Kenichi Ogawa in December 2017 for the vacant IBF junior lightweight belt in Las Vegas. Farmer lost that fight, though many believed he had won, only to have the decision ruled a no-contest when Ogawa tested positive for androstanediol.

There was one other weighty subject Rivas has reminded Farmer about more than a few times: “There is going to be pressure on Tevin because this is what I told him, ‘You become a world champion but people don’t really acknowledge you as a true, true world champion until you’ve had your first defense,’” Rivas said. “Tevin knows I expect him to look brilliant and he will look brilliant.

“We need to prove what Tevin did in Australia against Billy Dib wasn’t a fluke. Tennyson is a young guy with an impressive record. I’m excited because I think this will be a fun fight for Tevin. We believe that we have two great minds that think alike and when the bell rings, we come together as one.”

Farmer has had a three-month taste of being a world champ, which he would like to continue savoring for a very long time.