Inside how Canelo Alvarez’s 10-fight, $350M partnership with DAZN came to fruition 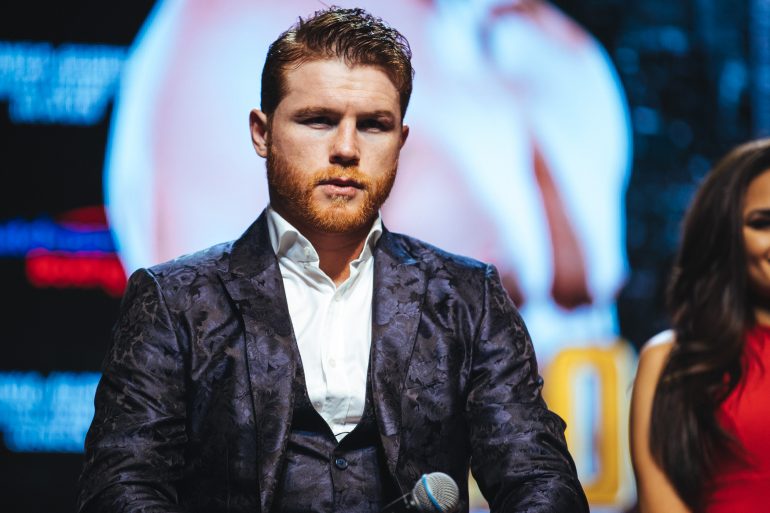 DAZN has only been in existence since last month, but the fledgling streaming service can already boast that its home to the two biggest stars in boxing.

Anthony Joshua, the heavyweight champion from England, kicked off DAZN’s boxing programing in the U.S. with a seventh-round KO of Alexander Povetkin. Joshua might be the biggest global attractio in the sport — and he definitely is in the U.K. — but his name isn’t recognizable Stateside.

Canelo Alvarez will lend DAZN all the credibility they need with would-be U.S. consumers. He’s easily the biggest boxing star in North America, and his landmark deal with DAZN will surely bring a cadre of new subscribers. The partnership — in the works for weeks — was formally announced at a news conference Wednesday in New York (Canelo signed the contract in the early morning hours.)

Terms weren’t disclosed, but it’s a 10-fight deal that guarantees Alvarez $35 million per fight, an industry source told The Ring. Alvarez’s first fight on DAZN is against Rocky Fielding in a super middleweight bout on December 15 at Madison Square Garden, but that deal is a one-off; the 10-fight contract doesn’t kick in until 2019.

The Mexican star became a network free agent after his majority decision victory over Gennady Golovkin in September’s rematch. The middleweight championship bout was carried on HBO Pay-Per-View, as were Canelo’s last five outings before that.

But with HBO now ditching boxing programming, Golden Boy Promotions was free to shop around for a new network deal for both Canelo and it’s other fighters like Jorge Linares, Joseph Diaz Jr. and David Lemieux.

Showtime Sports offered Golden Boy several dates per year in addition to pay-per-view offerings for Alvarez, but in the end, it was an old relationship that closed the deal for DAZN.

John Skipper, executive chairman of DAZN Group, knows De La Hoya well from his time as head of ESPN. They huddled up — Eddie Hearn wasn’t involved, though he, too, has a content deal with DAZN — and hammered out a deal that will afford Golden Boy up to 10 dates per year to feature the aforementioned fighters and other prospects like Ryan Garcia and Vergil Ortiz.

Under the terms of the deal, Golden Boy can still stream fights on Facebook as well as work with other promoters, according to a source. GBP fighters Linares and Antonio Orozco both fought on ESPN this year as B-sides in notable bouts.

“I’ve always said, when one door closes, another door opens. And we’re very happy with this new alliance that we’ve made with DAZN,” Alvarez (50-1-2, 34 knockouts) said. “Forget about the prices, the amount of money we’re making. The most important thing is that fans can enjoy this fight at a very low price. … I’m very happy.”

De La Hoya was wise to leverage Alvarez into a deal that will benefit the entire company, but really, this is all about the Mexican star. DAZN needs him to drive subscriptions, and fight fans are now afforded the opportunity to watch him for just $9.99 a month rather than upward of $80.