Dmitry Bivol will defend his WBA light heavyweight title against Jean Pascal on November 24, it was announced Tuesday afternoon by Main Events, after a source told RingTV.com about the bout on Monday night.

The 12-round fight will take place at the Etess Arena inside the Hard Rock Hotel & Casino in Atlantic City, New Jersey. HBO will broadcast the fight live (10 p.m. ET/ 7 p.m. PT).

The Bivol-Pascal fight will mark (for now) the last HBO telecast in its illustrious 45-year history.

Bivol (14-0, 11 knockouts), of Saint Petersburg, Russia, was originally penciled in to face Joe Smith Jr. but the fight fell through and Smith will likely fight IBF titleholder Artur Beterbiev. Bivol made a successful defense of the WBA title on August 4, defeating contender Isaac Chilemba by unanimous decision, which also took place in Atlantic City.

The 27-year-old Bivol notched the biggest win of his career thus far on March 3, breaking Sullivan Barrera down before stopping him in round 12. Bivol is ranked No. 2 at light heavyweight by The Ring Magazine but hopes to unify the division in 2019. 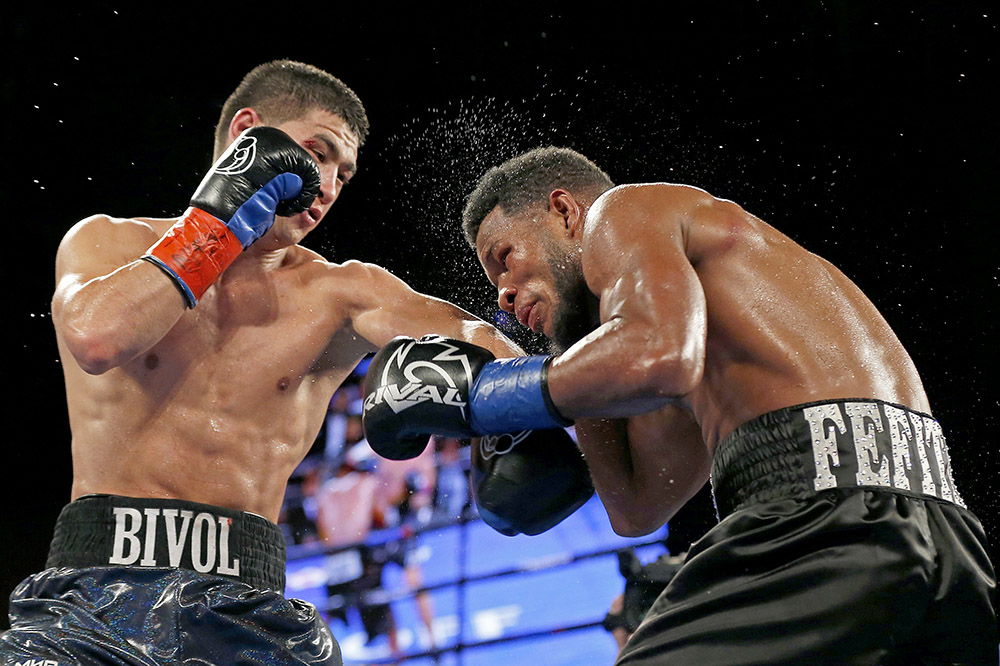 “It’s very important to me,” said Bivol, who is managed by Vadim Kornilov. “It’s every boxer’s dream to be the champion, the unified champion. It’s a big step to dream about. Like (undisputed cruiserweight champion) Oleksandr Usyk.”

Bivol is co-promoted by Main Events and World of Boxing.

Despite Pascal being past his prime and the underdog, Bivol is not overlooking him as an opponent.

“Not too long ago, Pascal fought for three world titles and I watched on TV. Now he wants to take my title away and I am very happy to accept this challenge and look forward to my next title defense on HBO.”

Pascal (33-5-1, 20 KOs), who resides in the Montreal suburb of Laval, stopped former light heavyweight mixed martial artist Steve Bosse, after the eighth round of his most recent fight on July 20.

Pascal, who will turn 36 on October 28, has won his last two bouts after losing three of his previous five.

“This is the most important fight of my life and I could not be more motivated,” said Pascal. “I’m making boxing history on November 24. I’m known as a champion who never turned down any challenges but I want to be a two-time champion and I want to be immortalized in the Hall of Fame when my career is over. To cement my status as a Hall-of-Famer, I must win this fight and I will win this fight.

“Bivol is a very good fighter and a difficult challenge but greatness has never been achieved without overcoming difficult challenges. My Canadian fans should be very excited because all of the light heavyweight belts will be in our house for Christmas this year.”

Atlantic City has seen a revival of boxing in recent months. The Main Events card on August 4 drew a sellout crowd.

“Our first card there on August 4 was a sellout and we expect to build on that momentum by bringing Dmitry back to be in the main event on November 24. Main Events could not be more excited to return to Atlantic City for our second card at the Hard Rock’s Etess Arena.”

Francisco A. Salazar has written for RingTV.com since October of 2013 and has covered boxing in Southern California and abroad since 2000. Francisco also covers for boxing for the Ventura County (California) Star newspaper, BoxingScene.com and FightNights.com. He can be reached by email at [email protected] or on Twitter @FSalazarBoxing.