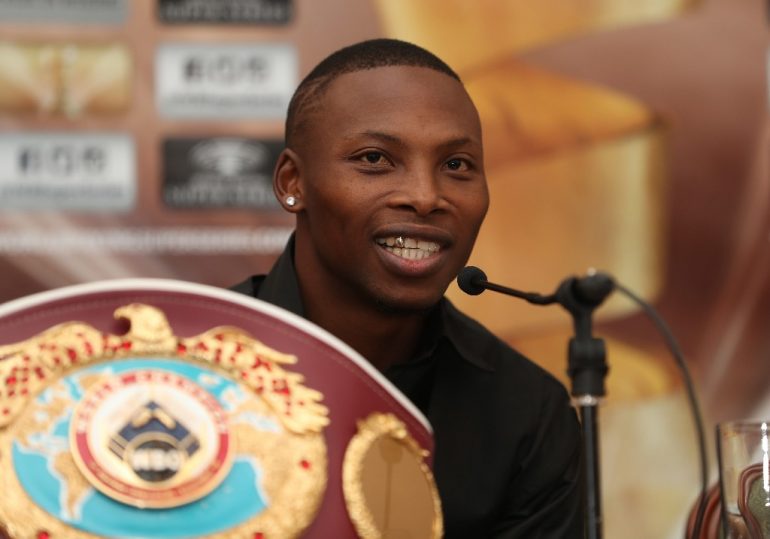 Zolani Tete turned back a stern challenge from Mikhail Aloyan in their World Boxing Super Series bantamweight quarterfinal bout, outpointing the game Russian amateur star over 12 closely contested rounds on Saturday in Ekaterinburg, Russia, to advance to the semifinals of the WBSS tournament.

Tete (28-3, 21 knockouts), a tall-and-rangy boxer-puncher from South Africa, won by scores of 114-111 (twice) and 114-110. Tete, The Ring’s No. 2-rated bantamweight, defended his WBO title and will take on the winner of the November 3 Ryan Burnett-Nonito Donaire quarterfinal bout.

Tete-Aloyan amounted to a chess match between two experienced 30-year-old southpaws. Tete’s experience came from 30 pro bouts, including world-title fights involving the IBF 115-pound belt and the WBO 118-pound strap. The experience of Aloyan (4-1), who entered the bout with only four pro fights, came from an extensive and decorated amateur career that included two world amateur championship gold medals and a bronze in the 2012 Olympic Games.

However, Aloyan’s amateur experience did not mesh well with Tete’s classic stand-up boxing style. The bout was marred by holding, which resulted in referee Kenny Chevalier penalizing Tete in Round 11 and Aloyan in Round 12.

Neither bantamweight was able to consistently land clean power shots, but Tete scored the only knockdown of the bout (which was of the flash variety) in the opening round. The South African veteran, who was at least four inches taller than Aloyan, was the busier of the two due mainly to his rapier-like jab.

That right stick, along with some creative left hands to the body and head, as well as excellent footwork, was enough to win the majority of close rounds against the crafty and fearless Aloyan, who gradually worked his way in close and had success with single power shots midway through the fight. Tete’s class told over the championship rounds but both were tired by the final bell.

“It was a good fight,” Tete told British TV commentator Barry Jones. “Aloyan proved he’s one of the best, that’s why he went 12 rounds with me. I think the jab was always working for me. My corner told me to also use my legs, that’s part of my defense.

“Aloyan is a clever fighter and I believe he will become a world champion sometime next year.”

Tete looks forward to a WBO-WBA title unification in his next WBSS bout and he thinks it will come against an unbeaten Englishman.