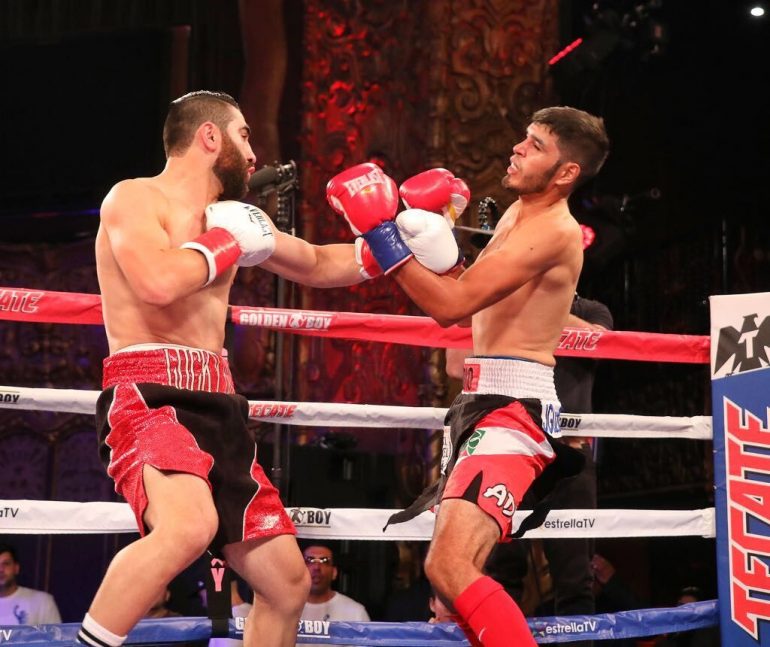 Kerobyan wasted no time, going on the attack and putting Mendivil on the defensive from the opening bell. Mendivil fought back, but his wide punches left him open to be countered.

“I felt great,” said Kerobyan after the fight. “I never like to say that a fight is easy. I just make it look easy. I’m proud of my performance. I showed that I’m a warrior. I’m looking for bigger and better names. I want eight- and 10-round fights only.”

The 20-year-old Kerobyan, who is originally from Armenia and now resides in the Los Angeles suburb of North Hollywood, improves to 11-0, 6 knockouts. He is managed by MMA fighter-turned-WWE personality Ronda Rousey. 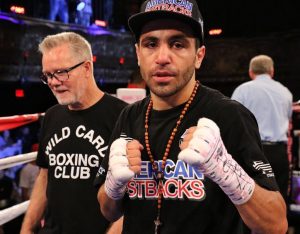 After a feeling-out opening round, Hovhannisyan (15-3, 12 KOs) began letting his hands go. Hovhannisyan closed the distance and connected with several punches.

Martinez (24-5, 12 KOs) dropped to the canvas several times as a result of losing his balance after being pushed down. Referee Jack Reiss warned Hovhannisyan, but never took a point away.

With about a minute left in the third round, Hovhannisyan dropped Martinez with a right cross to the head. Martinez got up, but it was only a matter of times before Hovhannisyan would force a stoppage.

That would come a round later as another lead right cross dropped Martinez again to the canvas. Martinez’s corner threw in the towel, prompting Reiss to stop the fight at 30 seconds of round four.

“I feel stronger than ever before,” said Hovhannisyan, who lost his last fight by unanimous decision to WBC titleholder Rey Vargas on May 12. “Whatever has happened in the past is past. I’m ready for a world title fight. I know I still have a lot left in the tank.”