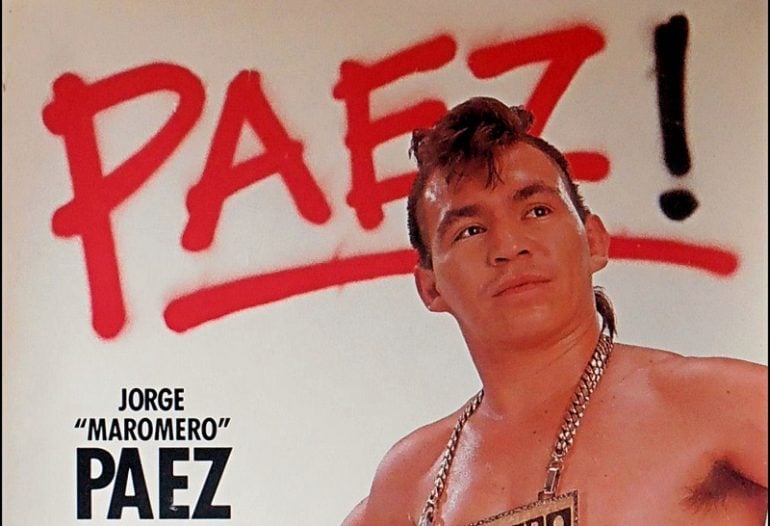 Jorge Paez was one of the most colorful characters of the 1980s into the ’90s. His flamboyant and eccentric behavior endeared him to boxing fans during his near-20 year career that yielded two major titles at featherweight.

Paez was born in Mexicali, Mexico, on October 27, 1965, the son of a 1950s-era boxer. When his parents separated, he was raised by his grandmother, who owned the Circus Olvera.

“I’ve been performing ever since I was born,” Paez told RingTV.com through Brandon Ayala. “I was an acrobat, cyclist, a clown. I was everything.”

As a youngster Paez fought on the streets. His grandmother gave him some advice, “If you’re going to fight, why don’t you get paid for it?”

His interest was piqued around age, when his uncle took him to the gym. It was far from love at first sight: “I never liked to watch boxing but when I knew I could make money, I stuck with it.”

Paez had only three amateur fights before embarking on a pro career as a 19-year-old.

Paez’s team was able to lure the super-slick African-American south of the border to face their man in August of 1988.

Entering the 15th and final round of a close battle, Grove was slightly ahead. However Paez staged a dramatic rally, dropping Grove three times to win a majority decision.

Looking back Paez says this was his best win, “It was 110 degrees. We fought open air and it was the last 15-round fight in boxing history.”

Both men had interim fights before meeting a in rematch seven months later. This time Paez made sure there was no controversy, stopping the gallant American in the penultimate round.

Such was the Mexican’s popularity, he counted former Los Angeles Lakers owner Jerry Buss as his biggest fan. After the Lakers won the 1988 NBA Championship, Bus presented Paez with his own championship ring.

A couple of months later Paez was scheduled to defend his title against Louie Espinoza. Former ABC “Wide World of Sports” Director of Programming and Associate Producer Bob Yalen vividly recounts a meeting with Paez that illustrates just how eccentric he was.

Yalen and his camera crew met Paez in San Diego and drove for a few hours to Paez’s hometown Mexicali to do a shoot with him ahead of the fight in May of 1989. They took a short break when Paez decided to show off one of his many talents.

“We happened to be at elevation at the time and were on the roadside beside a nice scenic overlook,” recalled Yalen. “Suddenly Jorge said something to the effect that, ‘Let’s see what I can still do,’ and we were all aghast as he went over to the railing overlooking a couple of hundred-foot drop and proceeded to do a handstand on the railing, no nets, nothing to catch him, if he happened to go over the other side. Nobody moved. We were all so stunned at what he was doing, as he held the position for a little while before coming back to Earth.

“He then asked us if we wanted to film it if he did it again. Against my own common sense, I quickly agreed and the cameraman was able to get his gear quickly and we got some shots of Jorge doing his ‘high-wire act’ again – completely fearless, completely without hesitating and a complete showman – I can’t remember exactly what he did but I remember he thought it would be funny to do a few tricks while balancing and scared us half to death.”

Paez and Espinoza fought to a 12-round draw in Phoenix, Arizona. Next up was former titlist Steve Cruz. The outlandish Mexican showed up on a unicycle for the weigh-in and climbed on the scale naked. He went on to best Cruz by unanimous decision.

His proudest moment came when he defended his title in the Mexican capital against one of his countrymen.

“I defended my title in Mexico City in the Bull Ring, it was against a fighter named Jose Mario Lopez,” he said. “Just the fact I filled the Bull Ring, 25,000, I’m very proud of that. I used to be able to fill up the venues.”

All the while his reputation as a showman grew, Paez wore outrageous ring attire including a wedding dress, a Superman outfit and a monk’s robes, as well as extravagant hairstyles.

“After my victories I would always do the backflip,” he said of his extrovert behavior. “I wanted the fans to know I was a performer. I was there to give a show and I was from the circus.

Paez ratcheted up eight successful defenses, which including a decision over Troy Dorsey, edging Espinoza in their rematch to add the WBO title to his collection before making the bold move to vacate his titles and head up to 130 pounds to face Tony Lopez in Sacramento. Lopez won a unanimous decision.

Paez was again on the move, this time up to lightweight. He outpointed unbeaten Tracy Spann to earn a shot at Pernell Whitaker, in October 1991. Whitaker, a pre-fight 7-1 favorite, won a unanimous decision to retain his Ring Magazine, IBF, WBA and WBC belts.

He got back to winning ways, with five wins, and faced Rafael Ruelas, who stopped the popular Mexican in 10. Again Paez won a few fights and challenged Freddie Pendleton for the IBF 135-pound strap, dropping a unanimous decision.

By this time, Paez was a shell of his former self. He continued to fight for several more years, losing to Genaro Hernandez (L TKO 8), Angel Manfredy (L TKO 8) and Jose Luis Castillo (L TKO 5) among others.

“I was criticized a lot for being a clown,” he said, “but I wasn’t just a clown. I was a good clown who also came to fight.”

Paez, now 52, lives in Las Vegas with his wife. He has six children, four with his wife. Since retiring he has stayed busy with other activities and, although he is calmer than in his fighting days, he is still a character.

“I’m a stripper!” he cracked. “In retirement I became a Jehovah’s Witness, I pretty much do that almost every day. I go around knocking on people’s doors and predict the word of Jehovah. I liked that religion. That made me change as a person, so I devote my time to Jehovah.

“I enjoy my children a lot more than when I was fighting because I was always on the road training and now I’m able to see and spend a lot more time with them.

“In my personality I haven’t changed. I like to crack jokes. I still have the same sarcasm. In my vocabulary, I try not to cuss. I have calmed down from the extravagant life, of going out, buying houses, cars, women, thanks to my newfound religion.” 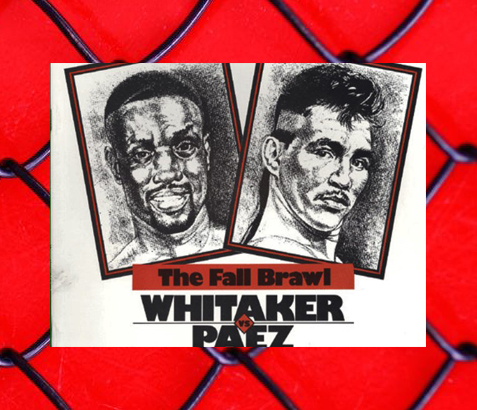 PERNELL WHITAKER: He had a very fast jab. He kept you in the middle of the ring, where he could circle around and pop you with that jab all night. Obviously I would try and lure him into the corners to throw my punches but he was elusive and got out right away.

WHITAKER: He was a master of lateral movement; he moved everywhere. Very intelligent fighter. That’s why he was champion in four weight divisions.

CALVIN GROVE: There’s not really one person that was in front of the other; they were all basically the same. I was pretty fast. (Javier) Marquez, he was a four-time national amateur champion, Tracy Spann, Pernell Whitaker, Oscar De La Hoya, Calvin Grove. Grove was naturally gifted. African Americans are gifted at speed. He knew how to use the ring. The difference was I was hungry. I wanted to make money.

GROVE: It’s between Calvin Grove, Pernell Whitaker and Javier Marquez from Mexicali. I would say Grove. He could hold his own against the best, very tough to outbox. 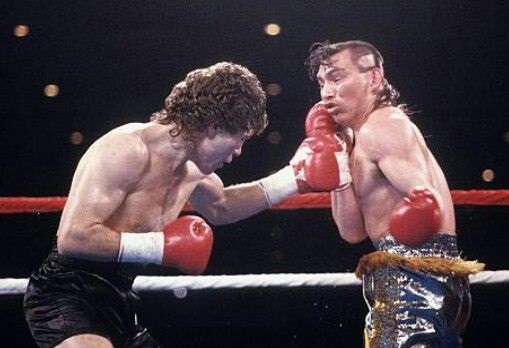 TROY DORSEY: I hit him flush several times throughout the whole fight and he didn’t go down. He knew boxing, karate and kickboxing and I think, because he practiced all those contact sports, it gave him the will and heart to take a lot and that is why he was a champion.

WHITAKER: Pernell Whitaker for sure. He knew how to move well in the ring plus he was a southpaw, so it was very hard to find him. 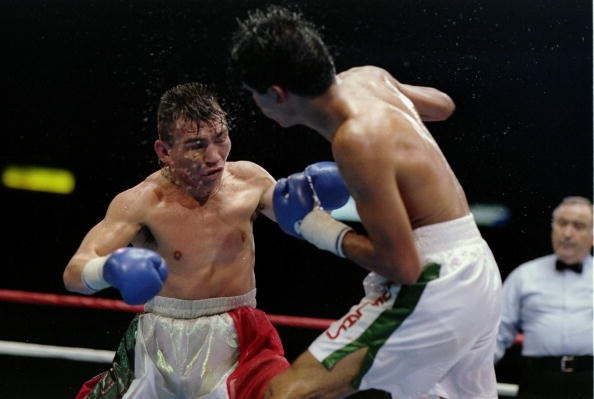 RAFAEL RUELAS: In the featherweight division, I didn’t feel anyone’s punches. At lightweight, physically the strongest was Rafael Ruelas. I felt like I could fight anybody and take on anybody’s physical condition but Ruelas is the one that stands out right now. 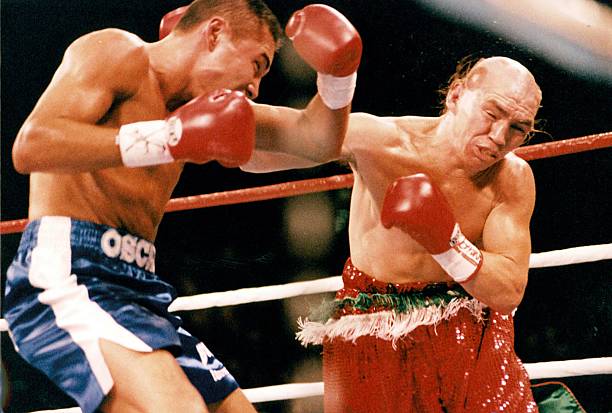 OSCAR DE LA HOYA: I felt Rafael Ruelas’ punches the whole night. The fight with Oscar De La Hoya didn’t go long enough, I just know I went down from that shot and I wasn’t able to continue, so, for a young kid that just came back from the Olympics, he punched solid.

WHITAKER: Definitely Pernell Whitaker. He didn’t hit very hard but he knew how to score and move and be defensive. Masterful in defensive skills, probably the best until (Floyd) Mayweather (Jr.).

WHITAKER: Again Pernell Whitaker. Very intelligent with everything he does and he’s not a big guy. He knows how to move around the ring. He’s only 5-foot-5 and can take on any guy and still make them look ridiculous. From what I recall, nobody ever knocked him out. They knocked him down but not out.

The Ring wishes to thank Brandon “Trino” Ayala for his assistance with coordinating and translating this interview.