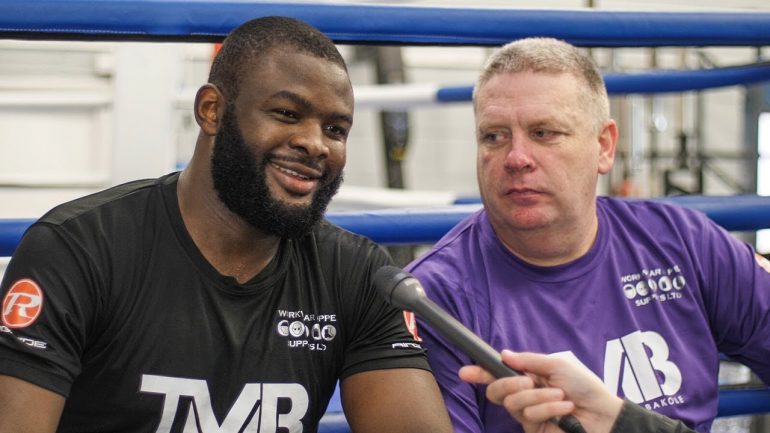 Best night of pro career and why: Bakole believes that his best is yet to come and expects to put down a marker against Michael Hunter.

“This guy has more skills,” Bakole told The Ring. “He fought for the cruiserweight world title and I think this is going to be the best for me. I’ve never fought a guy who has given me a fight.”

Worst night of pro career and why: A year ago, Bakole was taken the six-round distance, the furthest he’s been so far. Although he won without incident, the colossal Congolese heavyweight wasn’t happy with his performance.

“I would say when I fought this guy, [Kamil] Sokolowski,” Bakole said. “I was not ready, a little bit lazy, and I was so tired. I found that a bit difficult. I made the fight difficult for myself.”

Next Fight: Bakole takes a quantum leap up in opposition when he faces Michael Hunter (14-1, 9 KOs) at the famous York Hall, Bethnal Green, London, on Saturday.

His manager/trainer Billy Nelson expects his fighter to make a statement against the once-beaten American.

“Hunter’s a very good fighter,” said Nelson, who took Ricky Burns to two world titles. “You don’t go 12 rounds with Aleksandr Usyk if you’re not a good fighter. Martin is everything Usyk is skill-wise, but he’s another (56 pounds) on top of that with raw power. As soon as he lands a flush shot, Hunter’s going to know all about it.”

Bakole is obviously striving to make a big impression.

“I’m trying to do my best to be at the top, to be a world champion,” he said. “I’m working hard in the gym every day to be ready for 12 rounds. I’m always looking for good opponents like Michael Hunter. Everyone knows he’s a tough guy, he’s an experienced guy. For me this is going to be a big fight for my career. I need to knock him out in the first or second round.”

Hunter, 30, is the son of the well-respected former heavyweight contender of the same name. He was a good amateur, who represented the U.S at the 2012 London Olympics. He also fought at two World Championships and a cache of other international tournaments.

However, Hunter has been unable to find the same sort of consistency as a professional, fighting just 15 times since turning over five years ago. After losing a wide unanimous decision to Usyk in a WBO cruiserweight title fight, he has made an earnest move up to heavyweight and has two wins under his belt.

Hunter is by far the best opponent Bakole has faced, and this fight will tell us a lot about both men. 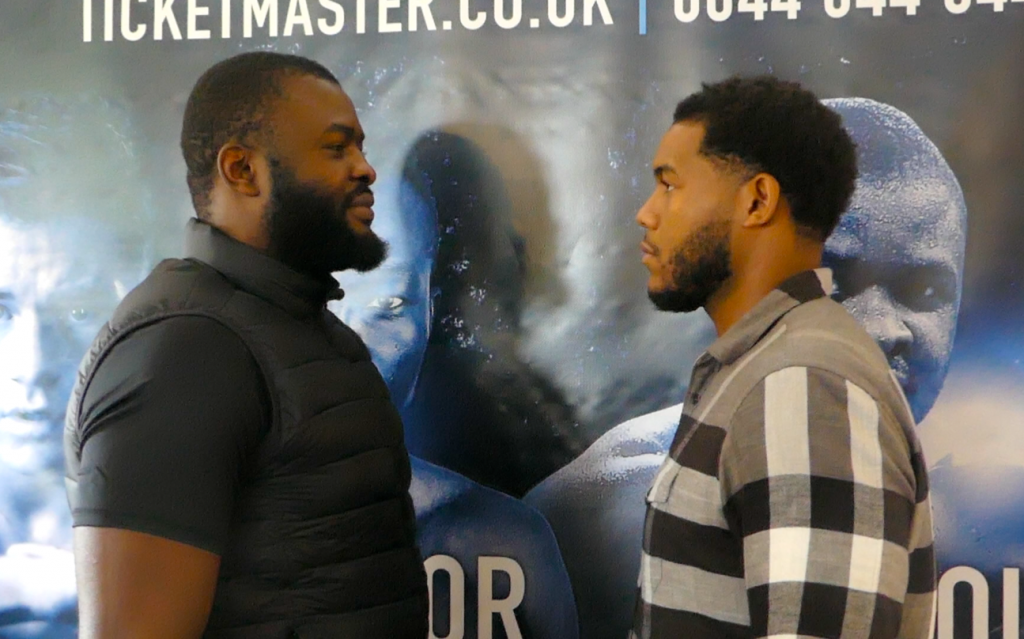 Why he’s a prospect: Bakole only fought on 17 occasions as an amateur. He left his homeland in search of professional glory before he was able to win anything of note in the unpaid ranks.

However, despite lacking significant victory on his resume, this heavyweight prospect appears to have something about him.

Nelson waxes lyrical about the time his charge spent in the gym with unified heavyweight champion Anthony Joshua in Sheffield, England.

“We were there for four weeks this time and all I can say is it was exceptional sparring, world class,” said Nelson. “You’d actually pay [to watch]. Some of the spars, if they were fights, there wouldn’t be a solitary person complaining about pay-per-view.”

Apparently, the two have sparred in the region of 130 rounds and, according to the trainer, neither man has been on the canvas during those heated sessions.

The striking things about Bakole are his size and brute strength, and he feels his physical tools will pave the way in the future.

“My best punch is jab and uppercut,” said the 26-year-old hitter. “With my power, movement, fast feet, fast punches and boxing brain, I’m ready to take over the heavyweights.”

Nelson concurs: “His boxing knowledge, his boxing brain, speed, strength and power. He’s got all the attributes of a world champion. He’ll win a world title. I don’t think there’s anyone there to beat him.

“Martin Bakole is capable of fighting and beating anybody in the world now. We were offered (Tony) Yoka at late notice, but Martin’s not a late notice fighter, he’s going to be a world champion. We got offered (Filip) Hrgovic at late notice for shocking money. I’m not in the game to go to Croatia, knowing you need to knock the guy out. But we’ll fight Hrgovic and Yoka, no problem. I don’t think Daniel Dubois would want to fight him just now; just a bit too young and inexperienced. And that’s not me being detrimental to Daniel because he’s a fine fighter.

“We’re stepping up now. He’s fighting a former world title challenger, albeit at cruiserweight, although Hunter’s weight has fluctuated [up to heavyweight]. We’ll quite happily take the winner or loser of [Dillian] Whyte-[Derek] Chisora. Somebody like Joe Joyce, I think Martin would school him, then knock him out. If we get eight weeks’ notice, he’ll fight anybody on the planet.”

Why he’s a suspect: There’s much to like about Bakole, however, he is still very raw, and he’s without the amateur credentials of the aforementioned rising heavyweights. His power will only get him so far, but sparring with the likes of Joshua will help make up lost ground.

“We’re working on those [weaknesses] and, like anything, with experience you get better,” said Nelson. “I believe his ring generalship can be tweaked up on. He’s improving on that on a weekly basis.”

Bakole weighed a career high 270 pounds for his most recent fight, a first-round drubbing of D.L Jones.

“[Martin] was injured and had an issue with his visa,” recalled Nelson. “He wasn’t doing the training in the Congo I thought he’d be doing. He came back very heavy and fought at (270 pounds), but he’s down to (252 pounds) now (in late-September).”

Bakole’s career has been stop-start to this juncture. He needs to settle into a rhythm and be more active. Under Nelson’s stewardship he appears to have found an unlikely home in Scotland after globetrotting.

Storylines: Bakole is from the city of Kananga, which is almost 700 miles east of Kinshasa.

He is from a family of 10 children; five boys and five girls. The family live in village called Muamba Mbuyi. Unlike many in Africa, Bakole’s early years were without incident.

“I was living in the royal palace, everything was easy for me,” said the fighter with a chuckle. “My father doesn’t have a job; the King doesn’t have a job. My grandfather passed away and my father became the King of Kananga. We are from a small village.”

Boxing was always on the radar for Bakole. His grandfather boxed, as did his father, and elder brother Ilunga Makabu is rated No. 9 by The Ring at cruiserweight.

In May 2016, Bakole was with his brother in Liverpool, England, ahead of his WBC world title fight against Tony Bellew. Although Makabu was knocked out in three rounds, his sibling decided to stay in the U.K. and chase his own dream. He would later be invited to Scotland to spar with Edinburgh cruiserweight Stephen Simmons.

“I recognised [Martin’s] huge talent straight away, but he went back down to England and home to Congo,” explained Nelson. “About seven months later he messaged me and said, ‘I’m a free agent, would you like to manage me and train me?’ He said, ‘I liked the atmosphere in the gym, I liked your training, what you were doing with the guys.’ I got in touch with my gym sponsors, we got the relevant papers and got him over.”

Bakole is married, but his wife lives in the Kananga. The plan is for her to move over to join her husband in the near future. He enjoys training and the tranquillity of Scotland as opposed to the hustle and bustle of the Congo. Away from boxing he enjoys watching movies and listening to gospel music.